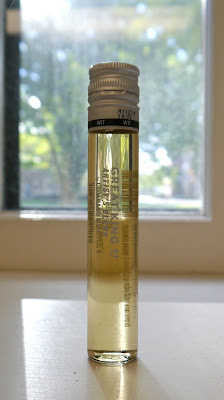 Maybe someone loves you? Wants you to be happy? Has given you a delightful gift?

Is this a practical joke? Am I on Candid Camera or being Punk’d? Are you Ashton Kutcher?

No sir. And this comes with sculpted bison-shaped butter balls on a recently-polished sterling-silver platter, engraved with Islamic-inspired arabesques, sprinkled about (tastefully) with cleaned and sterilized, but not denatured, cherry blossoms.

Well, it certainly looks lovely. More to the point, it smells wonderful—are you sure this isn’t a prank?

Then what’s that other smell rising up? Kind of like the, the, the, what was your word, the “denatured” musk of Rajah from the cartoon Aladdin?

That’s me, sir. I’m a eunuch, and I’ve been baking all night.

Putting loaves in hot ovens, sir. So to speak.

I’ve had about enough of this!

No, that was you who said that. But I must admit, it is one of the most savory smelling wedding cakes I’ve ever shared a doorway with.

You see sir? No joke.

My mouth is…is filled with sheaves of golden grain; grilled ghee and scalded cream poured with Chardonnay into a bowl of steel-cut organic oatmeal.

Of course, sir. And what else?

My word, sir! You’re the first person ever to say that to me! And I’m a eunuch. 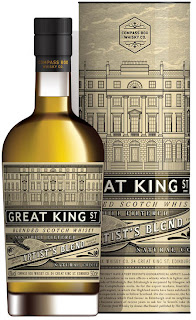 Okay, I made that one up. Give me more, now! —Much better. Much, much better. I want to be rendered, tendered, splendored.

A poet, are we sir? I like a wee bit of the Robert Burns.

It’s peppery in my tummy. I feel like toasting a book contract, like eating an XXL chalupa, laughing at IRS agents, chasing after Jehovah’s witnesses, talking with car mechanics…

I knew you were a poet, sir.

Rating:
–On the scale of alchemists who failed to transmute lead to gold, but accomplished amazing things, such as being famous mathematicians, advisors, and spies (and are currently having operas written about them)–
The Compass Box Great King Street Artist’s Blend is the founder of the Rosicrucian Order, translator of Euclid, navigator, astronomer, and Warden at Oxford: Dr. John Dee. ‘Nuff said. Mum’s the word, keep it on the QT.

Our thanks to Robin Robinson and Compass Box for the sample!