A week ago today, I was lucky enough to attend a journalists-only event to celebrate the roll out of Glenrothes’ Vintage 1995 and Editor’s Cask.  That’s right, we were invited to a journalists-only event.  Since I’m the only member of our little triumverate who is both childless and unmarried, I was the only one who could attend the easy choice to be the one to represent The Malt Impostor there.  So I made my way to Mary Queen of Scots, a very cool bar on the Lower East Side of New York City, for the event.  To make sure I did all I could to play the part, I bought a little flip-style notebook, a ballpoint pen (we Impostors prefer to write with fountain pens, of course), and a bottle of Reportage by Mennen™.  I considered a bottle of Journaliste by Yves Saint-Laurent™, but I am an Impostor–and have you seen how much that stuff costs?  I also managed to sit across from a real journalist at the event (Hi, Alexandra!), and that counts, right?  But seriously, I have received shipments to The Malt Impostor that actually say “Journalist” on the shipping labels, and I know that whenever I see something in print, it must be true, so I knew I was in the clear. 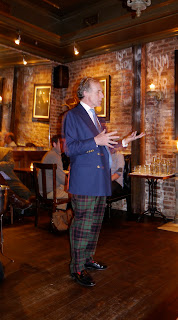 Anyhow, the event was held in the back room of Mary Queen of Scots, the entrance to which is, appropriately enough, a large, black wrought iron prison door.  Ronnie Cox, the ever smooth and affable Brand Ambassador for the Glenrothes, conducted the tasting, which included the Select Reserve, the new Vintage 1995, the 1994 (which the 1995 will replace), the 1988 (which is replacing the 1985), and the frankly unbelievable Editor’s Cask.   I won’t go through them in detail here, as we’ll be reviewing the 1995 and the Editor’s Cask each in our typical idiosyncratic detail on these pages in the coming days.  But I will say this:  the Editor’s Cask is the product of a careful selection process not by the Glenrothes distillery team, but by Noah Rothbaum (whom I also had the pleasure of meeting at the event),  Editor-in-Chief of Liquor.com, who visited Glenrothes in May of 2011 and selected a Spanish oak hogshead with 16 year-old spirit in it.  It is simply amazing.  If you don’t believe me, just look at the damn picture.  That says it all!  At any rate, there are only 120 bottles of the Editor’s Cask available, and they price out at $375 a bottle.  If there’s anyone out there who really, really loves me and wants to be my friend forever, get me a bottle of this as a present, and I’m yours. 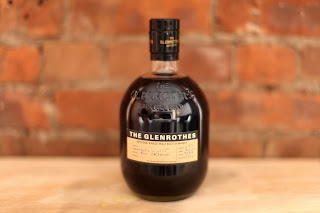 There’s more I could say here, like how cool the bartenders were or how killer the assortment of grilled cheeses were that the staff served to us throughout, but the important thing here is the whisky.  The 1995 is a great addition to the Glenrothes line, in my opinion, and more details on that presently.  The Editor’s Cask…well, more on that later, too, because I could keep going on and on and on here.

Our thanks to Danielle from Exposure for the invite and for making us feel like maybe we aren’t Impostors after all.  Of course, when I managed to stumble out of Mary Queen of Scots to my train, I realized otherwise, as we inevitably seem to do before the night’s out…


But stay tuned for more details on some very exciting new whiskies!  Slàinte!