We’ve been fans of the category-blurring offerings from the Virginia Distillery Company for some time.  Back then, they brought single malt scotch whisky to the US and aged it in Virginia wine casks.  Soon they began producing their own Virginia single malt to marry with Highland single malt in a variety of casks, such as port and chardonnay.  Perhaps this core range of “Virginia-Highland” whiskies is hyphenated to indicate the joining of two families in matrimony.  It has been a very happy and fruitful marriage. 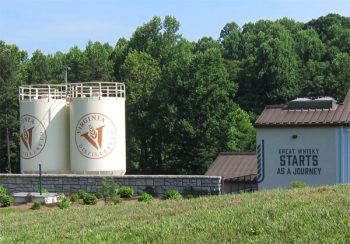 Ian Thomas, Distillery Director, told me that the marriage process is quite painstaking and deliberate.  It begins with careful analysis of the Scottish malt whisky via what he called a “sensory analysis process” but which I imagine involves a lot of nosin’ and sippin’.  Nevertheless, the outcome of this informs him of the right percentage of Virginia single malt to add, given the cask type and length of time they anticipate until maturity.  All of this has to be revisited, of course, as each cask will mature spirit differently.  This is no forced marriage, in short, but rather the kind of matchmaking that eHarmony and OKCupid could only dream of emulating. 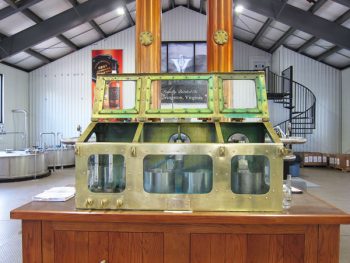 ill the connection to Scotland runs deeper than a hyphen can indicate, or than dropping the “e” in whisky signals.  They have a vintage, candy-apple red Boby mill to produce the grist, a beautiful brass spirit safe made in Elgin, and a pair of copper pot stills brought over from the homeland.  A Scot would not only feel right at home in the distillery, but also appreciate the unhurried care and attention to detail that characterizes their distilling and aging process. 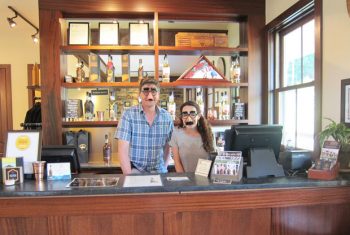 John in the Visitor Center with Amanda Beckwith

The Visitor’s Center sits on a 100-acre, mostly forested plot, and here we met Amanda Beckwith, a tremendous guide with an apparently limitless reservoir of knowledge about whisky.  She led us downstairs where there was a museum explaining how whisky is made.  A particular focal point here is an old still about the size of a coffee table.  It used to be passed around among distillers in Eades Hollow, whose “shot houses” kept the local residents warm even when Nelson County was dry. 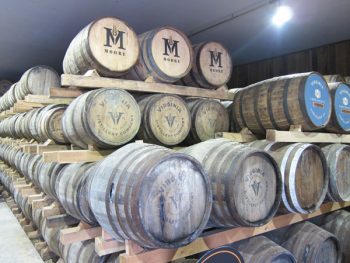 The distillery is a long building with a pair of grain silos at one end.  From milling to distilling, the process takes about 4-5 days.  Erik Skaar, the distiller, offered us a sip of the wash, and it was delicious.  I was also able to nose the new make.  Bright, fruity, and refined; it was the sort of thing that you could try to sell with a jazzy label and a catchy name, like Virginny White Dawg.  But the folks at the Virginia Distillery Company know that maturation spins this sterling distillate into gold. 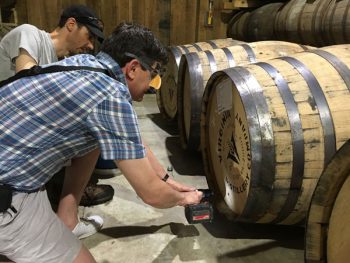 In Cask House #1 there were a range of cask types, including the unmistakable sherry butts, and a few casks that are privately held through their Cask Ownership Program.  But there were also rum, sherry fino, cognac, and bourbon casks in the mix.  Erik invited me to drill into the head of one cask of a Pedro Ximénez cask and capture the spirit in a small flask.  It was time to enter the Cask Cave.

Like a Bond villain’s secret lair, the Cask Cave is hidden, not open to the public, and accessible only by hitting a special button.  One chief difference, of course, is that only happy things happen inside, as this is where we enjoyed our cask samples.  The PX cask will be part of a special release under their “Cask Selections” program.  Another cask featured Virginia single malt aging in new oak barrels.  Just as the Scots look to use once- or twice-filled casks, the same is true with VDC, so this cask is experimental and will eventually find its way into a small volume release of some kind.  There are are larger cask houses where some of the Courage and Conviction casks were lying in wait.  This addition to their core line will feature 50% ex-bourbon, 25% Cuvée, and the remaining 25% into three types of sherry. 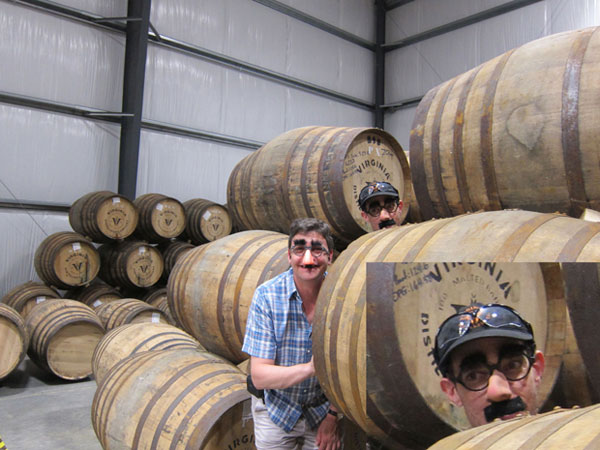 John and Distiller Erick Skaar in the VDC warehouses, with Erick wisely keeping an eye on John

Distillery tours end in the Visitor’s Center where Dave Hunt offered to make us cocktails.  This feature of the standard tour is a stroke of genius.  You could try their Chardonnay or Port-cask finish offerings, or choose from a list of seasonal cocktails.  I went with the South of Manhattan which was bright and refreshing (the cardamom bitters and sparkling cider performed much more interesting work than Vermouth ever could).  My companion had the Julep Zinger which was something like a cross between a Kentucky Mule and Mint Julep, but made by Willy Wonka, what with the chocolate mint syrup, chocolate bitters, and chocolate mint fresh from the garden outside.  These cocktails were the perfect way to end the visit.  Not everyone wants to try whisky neat, and even those who love cocktails might struggle to get creative with brown spirits.  It was, then, another way that the Virginia Distillery Company is catering to a broad range of backgrounds and tastes even while evangelizing for the most exciting sector of the craft spirit world: American Single Malt.  VDC won’t be first to the market, but they will arrive with acclaim, I am certain, when Courage and Conviction appears in Spring 2020.  This will be exactly 400 years after George Thorpe produced the first spirit in the Americas with his Virginia corn whiskey.  What a thrilling successor this will be! 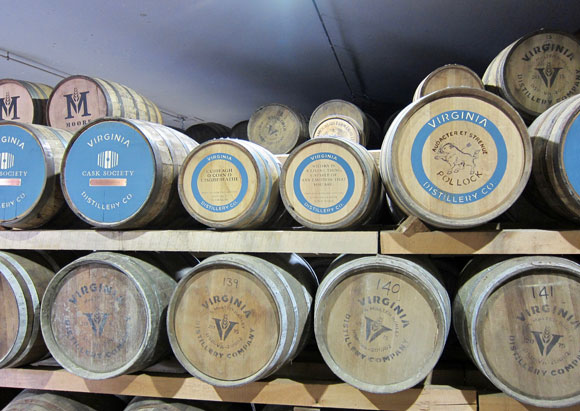 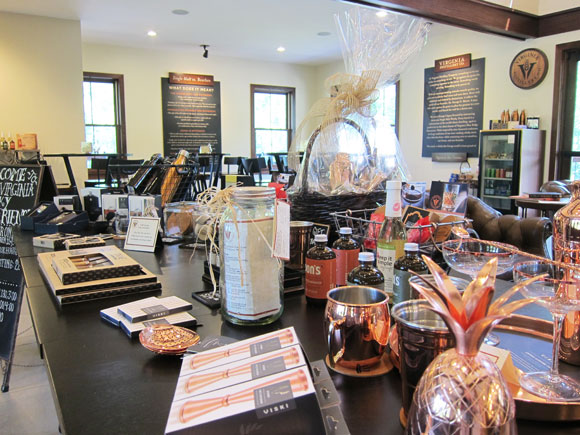