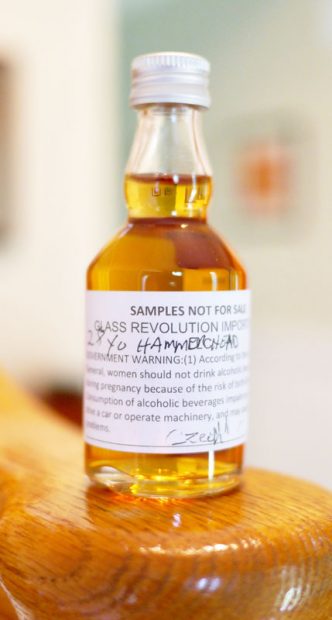 Tasting notes:
We’ve tasted liquid that is old enough to draw Social Security, as well as liquid that bent our minds because of the pre-phylloxera wines that partially constituted it. And here, we have another such liquid: distilled as the Warsaw Pact fell apart and laid down in a spot where it would remain untouched by the tides of Eastern European history washing over the people and the landscape around it. Twenty-eight years later, casks were discovered, and Raj Sabarwhal had the good sense to buy one and bottle it as a single cask, at cask strength (52.1% abv).

Nosing it, I was transported to a knotty pine rec room that was the Czech equivalent to the tan wood paneled area where my brother and I were still kicking the crap out of NES Baseball six years after it came out. To complete the picture, the rec room was adorned with a dusty lemon spearhead, candied apricots reconstituted in gin (Mom also left a bundt cake pan in there)​, and a joss stick holder ​from a Shaolin temple ​that monks used to ​rub the ash into during the after-​service​ (I was a big fan of David Carradine’s Kung Fu)​.

​The mouth is light and ​lemony, ​with notes of ​fruit bats flitting through Seville orange groves, ​only to be stopped cold by a cross-country ski-boot binding (on sonar, that thing looked crazy out of place)​​ that militarized bee​s had inhabited in hopes of turning it into a honey factory. ​​Taste further, and there are beautiful wood notes that aren’t quite resinous and not really bark-like, either. They are heart of the tree type of notes: clearly xylem, not phloem (the phloem-heads are always whining in our comments section anyway, so it’s not like this line’s going to make that situation any worse).

​The finish fir​e​s ​brilliantly ​on the sides​ of the tongue, like a Soyuz rocket.​ There’s also the sensation of having a ​tangerine ​L​ifesave​r​™ duct-taped to the front of the ​roof of my mouth​, then poked with dried, lemony pine needles dipped in powdered molasses​. ​It’s a post-Soviet cri de coeur emerging from the soil like this cask emerging from its historic slumber. Democracy blossoms and then flourishes in its wake. 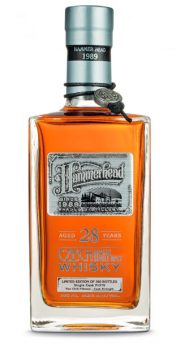 Rating:
On the scale of Czech historical events that could be the name of a band–
The Hammerhead 28 Year Old Czech Single Malt, Single Cask Whisky is the Velvet Revolution–This rating is so incredibly on point, it already is the name of a band from Ottawa. One of the founding members is Michael Kavchak, so they even seem to have the bloodlines to pull off the name. Well played, Bytowners!

–Our thanks to Raj Sabharwal and Glass Revolution Imports for the sample!