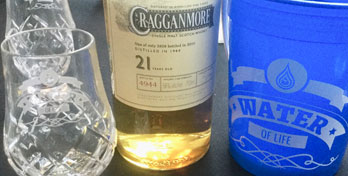 You know how you might be in relationship for a long time, but by mutual consent, decide that it’s not necessarily exclusive, and then you meet someone, end up talking with them for hours and hours, and yet it feels like only a few minutes flew by? And then all you want to do is spend more time with them?

Well, hello Water of Life Charity Whisky Event, 2018! Will you marry me? Or at least go steady? Oh, I see; you’re committed to Dr. Matt Lurin for the long haul, but you sure liked hanging out with me the night of May 3rd. Okay–well, do you mind if I share some of the details of our time together, such as it was? 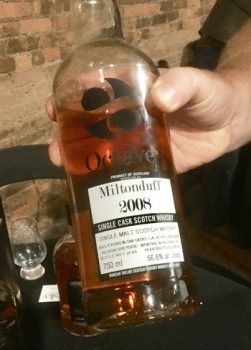 Evidently Matt Lurin started the Water of Life because he loves whisky. More than that, he wanted to ensure that he’d have a pipeline of money to annually donate to a good cause; in this case, fighting Gastro-Intestinal Stromal Tumors (GIST). I am pleased to report that this year’s event raised 10-12 dollars. Oh, sorry! That’s 10,000 – 12,000 dollars. Rarely have I ever felt this good while enjoying myself so much.

I flew solo without John or Stephen, and while I met many wonderful people, I forgot to eat any of the (I’m sure) delicious food available…because of the whole “falling in love with a new event” kind of deal. The upshot of that was that I thus failed to put down the all-important base layer that we write about as an essential component of every whisky festival. Don’t make this rookie mistake! 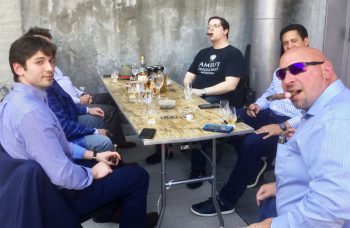 Anyways, at the outset, before the Master Class began, I met a group of fine folks up on the roof who were already smoking cigars, courtesy of a friend of Matt’s who supplies, I gather, the cigars for everyone.

“Friend of Matt” doesn’t work for you? There was also good whisky being poured. Most memorable was a Cadenhead’s 175th Anniversary 19 year old Laphroaig. It was superb and I wondered if I’d had the best drink of the night at the outset. 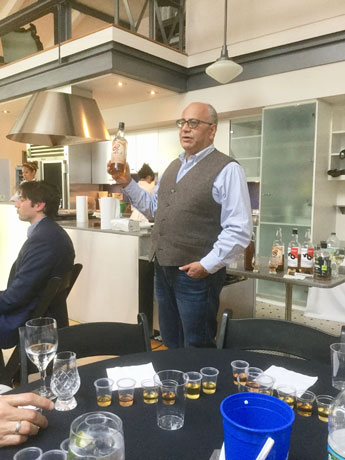 Next up was the Masterclass in Blackadder Red Snake, Black Snake, and the Lions led by Raj Sabharwal. These were the same whiskies aged in different casks, and Reader, you won’t be surprised to learn that the wood has a lot to do with the final outcome! It was fascinating to be ably led by Raj through these splendid expressions.

Then, we VIPs were invited to take our elegant commemorative VIP glasses down for the first hour of VIP pours. The set-up is different than all my previous events: There were circular tables, each festooned with five chairs and a few brand ambassadors with their pours for the evening. I was called over by the siren song of old Malt Impostor Longtime Friend (MILF) Steph Ridgway, who twisted my arm into trying a splendid 25 year old Old Pulteney. After about five minutes, a town crier of sorts meandered through imploring us to move to another table, in Matt Lurin’s wonderful version of speed dating.

Well, the next-door table was Laphroaig and Bowmore, hosted by Longtime Impostor Malt Boy (LIMB) Simon Brooking. He was pouring a remarkable 27yo Laphroaig and a 26yo Bowmore. I literally could have stayed there for hours, but again, the town crier had us move to another table. 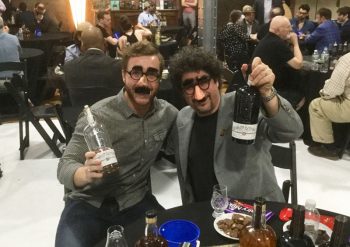 Bill with Ross Holden of Teeling

As I moved from table to table, there were many highlights: the Teeling Brabazon Bottling Series 1 and 2 (poured by Ross Holden); the Macallan Editions 1, 2, and 3, which Joseph Gratowski and Zack Berger of Edrington were kind enough to pour for me (and to appear in the Grouchos); an amazing Springbank 21 from Malt Impostor Bearded Buddy (MIBB) Charlie Tower; the delicious assortment of dark chocolates and the Balvenie Portwood 21 at Gemma Patterson’s table; the 17 year old single cask Benriach aged in a PX sherry cask that Gregory King poured; and three excellent expressions at the SMWS table (the first distillery rhymed with “Flyband Mark,” the second with “KnackGallon,” and the third with “CourtBlock”). There’s a certain point where one realizes that the ticket to get in, along with funding a charitable effort, is a veritable Golden Ticket to Willy Wonka Lurin’s Chocolate Whisky Factory of Wonders. 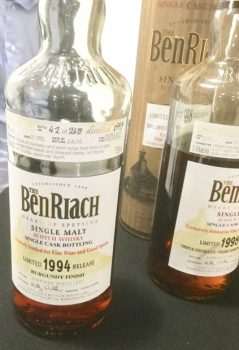 I also had donated a Mortlach Rare Old for the raffle/auction portion of the evening and even purchased a ticket for it. I won nothing, but was pleased to see that one of my rooftop mates made off with my bottle as well as another one! Some folks have all the luck, I guess.

Then came another cascade of whiskies, a veritable waterfall to close out my evening, with an 18 year old Glen Moray and a cask-strength Miltonduff being the major highlights.

The posh set-up never felt crowded, but nor did it ever seem undersold. There was a perfect balance of space and event, and literally I never waited a single moment to sit down with a friend brand ambassador or three who were pouring amazing drinks. As always, my regret was simply that it didn’t last another four or five hours so that I might have visited every table and tried at least one of their offerings. 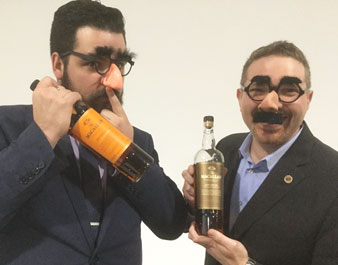 For those who are already pondering circling the Water of Life Charitable Whisky Event, 2019 on their calendars, I’d say this: It was incredible. And spend the extra bit of money to get the VIP pass; it takes a holder from the Realm of the Glorious to the Empire of the Sublime. The drinks I had were so wonderful, I literally didn’t want to sully my memory with any other alcohol for over a week afterwards. Exceptional, extraordinary, outstanding…and the money goes to a good cause! Could you consider a polyamorous festival relationship, Water of Life? 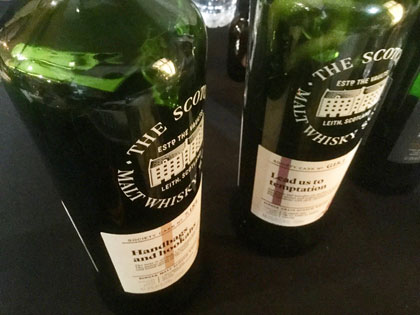 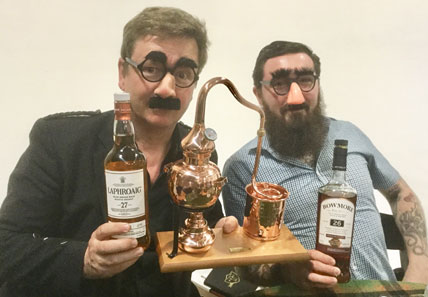