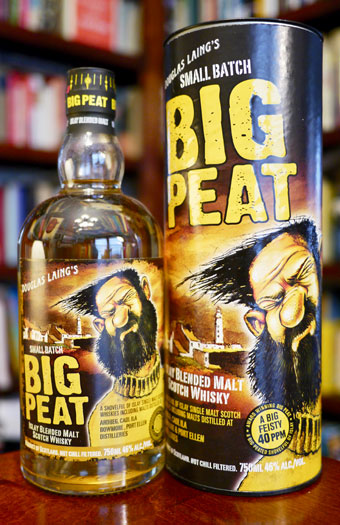 Tasting notes:
The nose on this dram finds me waking up from a bad dream.  At least that’s what I thought at first.  It turns out I’m Leonard Shelby from Memento and I have really bad anterograde amnesia.  But because I’ve fallen into the hands of a third-rate imitator of Kakfa, like Gregor Samsa, I’m really not myself at all.

What I am is a memory-challenged, newly-born iguana.  And I’m on the run.  You see, there are racer snakes all around me.  They are popping up everywhere and they are—oh crap!—they are coming after me!  Such is the pulse pounding excitement I feel as I nose this dram.  I’ve got racer snake leather (yes please! more of that, you cut-rate surrealist author!  More dead snakes!) curing in a barn with a hay fire underneath.  Puffs of smoke sting my reptilian eyes.  Then there’s Pinewood Derby cars reimagined into funny cars.  The lights click down and then POW! the throttle catches and the wheels spin with a smoke-filled, squealing intensity.

The mouth is precisely that pop and pow.  My heart feels like it is about to pound right through my chest, but I’m no longer running and I no longer have any objects for my adrenaline-addled mind to focus on.  Instead there is just wonderful peat coating me like a thick fog.  A fog, I might add, that contains various desserts, in a veritable Wayne Thiebaud tableau of treats.  There’s refinement and delicacy.  What’s more there’s a great deal of cleanness, as though this was a proof-of-concept for clean peat technology.  I can’t understand why I’m breathing so hard in this dream-like cake fog.  Even the charcoaliness feels purifying, like Binchotan sticks in a glass of spring water.  I feel the contentment I feel after a ​reading a Lydia Davis story, but owing to my memory deficit I have no recall of the story whatsoever.

So relaxed am I that I decide to sit down, but the strangest thing has happened.  I can’t really sit down because I’ve got the body of an iguana. How might this have happened, I don’t know, so I try to find some clues.  I sense only lemon meringue pie, but I’m convinced that it has been by a cadre of chain-smoking Michelin star pastry chefs.  There is now a gustatory sensation whose audible counterpart is coins falling into piggy banks.  Each clink produces a sense of security and happiness and wellbeing.  Even in my lizardy state, I feel cared for.  I pull on a bib (for at least I have a neck and a torso) with the expectation that a great meal awaits me.  It is just around the corner.

Rating:
On the scale of facts about the racer snake attacks on iguanas in Planet Earth II–
The Big Peat Islay Blended Malt Scotch Whisky from Douglas Laing is the fact that the film crew celebrated every successful iguana escape–I’d like to imagine that they were raising glasses of the Big Peat.  For just like the iguanas, the Big Peat represents an island success story worth celebrating.

–Our thanks to Douglas Laing for the sample!