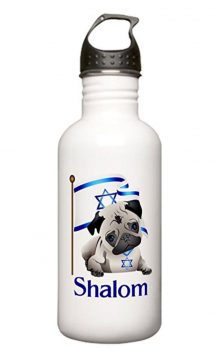 NOT the likely design of the limited edition Judea Walker

On the high heels of the tremendously successful release of the Jane Walker in honor of Women’s History Month, Diageo is developing another limited edition for the next segment of the population whom the drinks giant would like to patronize into buying more whisky. Our reporting indicates that the new limited edition will be the Judea Walker, designed to condescend to the world’s Jewish population and timed to coincide with the Jewish holiday of Passover.

“To our minds, the Jewish people represent an untapped demographic, one that’s really been passed over…” said a Diageo executive, who then waited with raised eyebrows for us to get the joke. “Plus, we’re looking to blow that little business of Joshua Hatton’s out of space like Alderaan.” Then he burst into a perfect Emperor Palpatine cackle before being overcome by a coughing fit.

Another executive we talked to, who wished to remain anonymous because of what they did to Mortlach in recent years, suggested that with all of the protests in the United States led by ANTIFA, the Judea Walker might appeal to more than just the Chosen People: “I mean, once some of these gentiles have been on the George Soros gravy train for five or six straight protests, they’re going to be much more sympathetic to the cultural influence of the Jews in general. Our market research even indicates that some Trump supporters will buy it in order to show it off to friends as validation that the ‘globalists’ really do control everything.”

Our source said that originally, Diageo was considering a design that accentuated the Wandering Jew theme, until an intern pointed out that that was actually the name of a plant.  The final design features a color scheme that is expected to be a flag-style mix of the Johnnie Walker Blue design and the now scuttled Johnnie White Walker design (originally created for Game of Thrones fans). Front and center will be an image of Moses striding forward but this time actually touching the brim of his top hat with a knotty wooden staff.

When we pointed out that “Judea” is actually the Greek and Roman adaptation of the authentic Hebrew word “Judah,” the Head of Misdirected Marketing chuckled and noted with some bemusement that we had a lot yet to learn about how wrong a promotional campaign could go and that we should leave this to the experts.