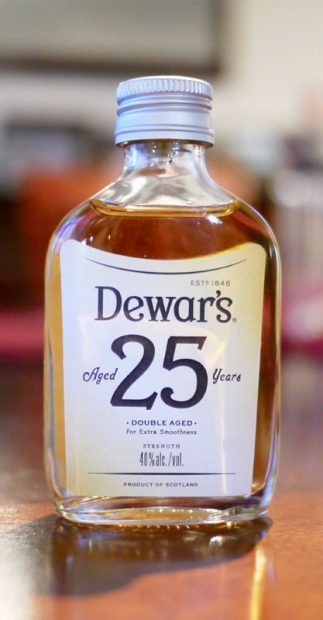 Here at the Malt Impostor, we keep up on the many topics trending hither and yon. One that keeps crossing our screen is the eponymous Bechdel Test, created by Alison Bechdel in 1985. The test answers “yes” if in a movie at least two women talk about anything other than a man, and “no” otherwise. It is surprising how few films pass the Bechdel Test. Below is our script treatment for a movie designed to pass the Bechdel Test. The two characters are renowned women of the whisky world, Georgie Bell and Allison Parc, and we are striving for a My Dinner With Andre vibe.

(Important note: We have no idea if Allison and Georgie actually know each other, converse, etc. Again, this is a script treatment for a movie we’d like to see.)

Scene One: A placard fades into view reading, “The following is based on a true story, yet neither character is based on a real person. Any resemblance to the real and actual people, Georgie Bell or Allison Parc, is merely coincidental.”

Scene Two: The camera pulls in from an ocean view through a window of a bistro, and moves like an inebriated moth seeing triple around the room, finally focusing on a corner table on which stands a partially full bottle. The camera zooms in on the label and we see that it is The Dewar’s 25 Double Aged For Extra Smoothness (D25DAFES). The camera pulls back again and dances merrily from GEORGIE BELL’s face to ALLISON PARC’s. They are talking intently.

Georgie: (tamping down all thoughts of men) What do you think of this dram, the Dewar’s 25 Double Aged?

Allison: (after taking a long, luxurious sniff at her Glencairn, which had been generously topped off by Georgie, furiously not mentioning a man) It’s like a teak étagère, perfumey, that’s been lightly polished with lemon/pomegranate juice diluted with Evian water. The nose is…like the aftershave worn by Fred Astaire when he’s dancing in a tophat and tails. Wait, did I just fail the Bechdel Test? (as she breaks the fourth wall)

Georgie: (declining to imagine Fred Astaire dancing with Ginger Rogers) No, Allison, you spoke of his aftershave, not him. (sighs) Did you also get a lemon-seed-spackled sapphire drill bit that’s been boring into a honeydew melon? (takes Alison’s forearm and squeezes it to add urgency to her question) Did you find that, or is it just me and I’m crazy?

Allison: (thinking that this is turning into a Malt Impostor review, but knowing that she can’t speak of them, says pleasantly, while gently disengaging her forearm) No, but perhaps a sour candy of the sort I used to sample in doctor’s waiting rooms when I was a little girl.

Georgie: (having just sipped a mega-glorp, wondering what the Malt Impostors are up to these days, knowing that They Are Not To Be Spoken Of) The mouth is…(expletive considered and self-censored)…delicious! It’s smooth as…(discards “buttered silk”)…the scalp of my two-month old niece. It’s like an unmade flavor of Häagen-Dazs® ice cream; a Honey Vanilla with the honey extracted and the vanilla transfigured.

Allison: (agreeably, much like when the Malt Impostors drink together) Yes! —and are you also getting sucking on a new reed to use in the mouthpiece of your tenor saxophone, Georgie?

Allison: (conjuring memories of listening to Georgie play while tango dancing and being dipped by Malt Impostor John) Of course! Remember that wild night in Tangier? Where your playing evoked such a bittersweet stew of a jaded worldview leavened with the ephemeral joys of a life well-lived? And, more mundanely, of a poundcake baked in Dingle, Ireland, made with naught but the finest butter churned from the finest cream from the finest cows? (No bulls!)

Georgie: (again thinking of the Malt Impostors, for what movie heroine doesn’t think often of the Malt Impostors?) Indeed, I remember now! It was as if, on the mouth, there were pecan-pith rosemary sprigs, tracing arabesques like besotted fireflies in the early evening. My playing was an extrusion of the mouth, as if saltwater taffy was pulled from infinity back to us on earth!

Allison: (knowing they’ve aced the Bechdel test) How glorious it is, drinking the Dewar’s 25, talking of everything but men!


Rating:
On the scale of repurposed movie tests–
The Dewar’s 25 Double Aged is Siskel and Ebert’s Two Thumbs, Way, Way, Way Up!–In real life, it was three thumbs, way, way, way up, because we loved the D25DAFES (and passing the Bechdel Test).

–Our thanks to Georgie Bell and Dewar’s for the sample!