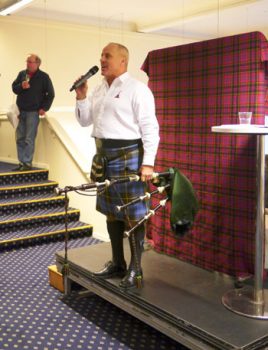 The first whisky festival I attended in Norway was, appropriately enough, organized and run by a Scot. Chris Maile is from the Isle of Skye, in fact, but he’s lived and worked in Norway for many, many years, and he’s been awarded the Keeper of the Quaich, so he’s perhaps the ideal person to put on a whisky show in Oslo. He ran the event expertly and even brought his bagpipes, even if he used them mostly to get people’s attention to make announcements.

There was a lot of great whisky on offer, with all of the major brands represented, along with a number of smaller ones, including a couple of fledgling Norwegian distillers. The venue was quite large, with tables and representatives spanning three floors (with two of those floors being basically ballroom-sized), and with huge (and beautiful) seminar rooms upstairs for the masterclasses. There was also a coat check area and a snack bar, where a few different snacks (including pølse, a Norwegian staple) could be purchased. 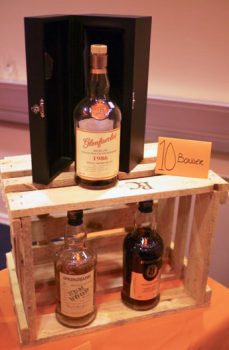 The thing that took me the most getting used to was the “bong” or ticket (in this case, actually a plastic coin) system for paying for drams. One bong cost 25 NOK (or about $3.10 in USD), and many drams were between 2 and 5 bonger (the plural for “bong”), though some were much more. I have to say that I’ve been spoiled by events in the United States and U.K. in which the whisky flows freely and one must only pay for entry. Not so in Norway (or in most of continental Europe, as I understand): there, alcohol consumption is more carefully controlled, so whisky shows require attendees to buy tickets for their drams, effectively making them buy the whisky they taste there. Right off the top, as an English speaker, it’s entertaining to pay for whisky with a “bong,” but that hilarity fades quickly, as any adult would expect. 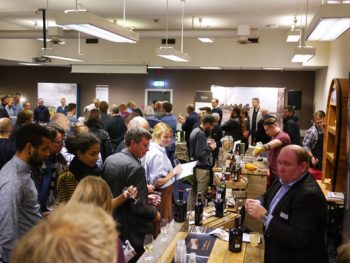 Beyond that, it did not take long to realize that such a system has both advantages and disadvantages relative to the sorts of events I’m used to attending: though the cost is higher overall, the attendees are more selective and there is less crowding around tables. As a result, there’s more space and time to talk to representatives at their tables, which is really nice. This system also results in many fewer obnoxiously drunk attendees. But that last point may also be due in part to the law-abiding ethos of Norway: I spoke with one security guard toward the end who told me that there were in fact a few drunk individuals at the event, but she had told them, “You are drunk. You need to go home,” to which they responded, “Alright,” and apparently promptly left the event. For those of you familiar with whisky shows in the U.S. and the U.K., this is a rather remarkable story. 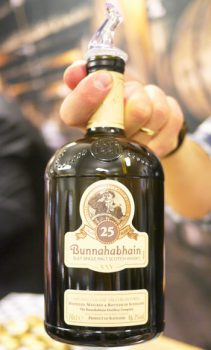 The Oslo Whiskyfestival ran two days, from 17:00-21:00 on Friday and from 13:00-20:00 on Saturday. Each day, there was a “Pit-Stop Dram” period, during which many tables offered exclusive, high-end whiskies until they were gone. Fortunately for me, many of the Pit-Stop Drams were ones I had had before, so I could be especially picky. I chose three such drams over the two days: a Bunnahabhain 25 (which I am pretty sure I’d had before, but didn’t remember well–it was also reasonably priced); a Balblair 1997-2015 (which I know I’d had before, but dearly loved); and the Lagavulin 25 from last year’s 200th anniversary celebrations (which was stellar). These were highlights for me, and were well worth the money. And that was true even of the Lagavulin, which was many, many bonger. But you know, at the shows I’m used to attending, if that Lagavulin had been on offer in any shape or form (other than just paying for it), it would have required one to fight through a mad house of other people to even get a chance at tasting it. 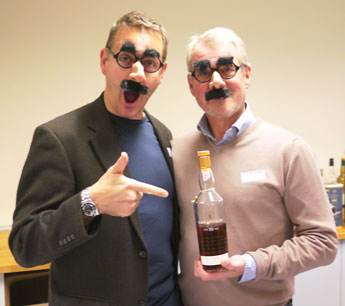 Stephen with Mikael Lundén–and the Lagavulin 25

Once again, though, I will sing a refrain familiar to anyone who has read one of our event reviews: one of the better things about whisky events is the people. As an expatriate from the U.S. who speaks very little Norwegian, I did not expect for this part of the experience to be particularly strong for me at this event, but I was mistaken. I met many wonderful people at the event, saw new friend Mikael Lundén, Senior Nordic Brand Ambassador for Diageo, and even caught up with an old friend in Sam Simmons, the Global Brand Ambassador for Balvenie (and we had some fun with the banners behind his display–see below). Norwegians have a reputation for being a bit aloof and taciturn, and perhaps the whisky helped grease the social gears a bit, but everyone I met was there was kind, warm, and generous with their time. 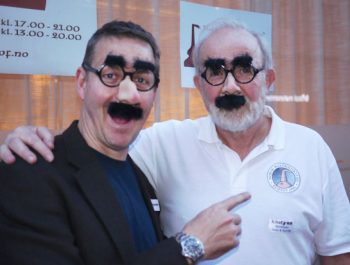 One highlight on that front was meeting the folks from Myken, a tiny new distillery on an island of the same name off the coast of Norway (about 1/2 to 2/3 of the way up). Another was meeting Ivar Aarseth, the President of the Norwegian Malt Whisky Society. Not only did he know The Malt Impostor before I introduced myself, but he was kind enough to tell me the second day that several of the members of his society also had already “liked” the site on social media. Oh, and he was a good sport and allowed himself to be photographed with me in the Grouchos. Once I learn a little more Norwegian, Ivar, I’ll talk to you about joining the Society… 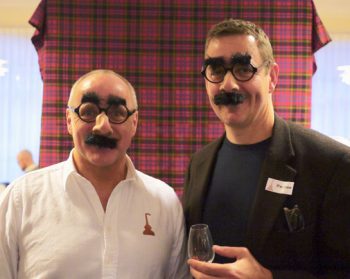 Stephen with Chris Maile (not Anthony Hopkins), the man behind the Oslo Whiskyfestival

Overall, I think it’s safe to say that a good time was had by all. It was a very large event, but Chris managed it well, and it all ran very smoothly. This was my first taste of whisky events in Scandinavia, and while the format took some getting used to, the benefits of it are pretty significant. Some of the bigger whisky events in the U.S. and the U.K. offer more in the way of food choices and more dramatic venues, but the way those get paid for is different from the way one like this does, and I’m sure that has something to do with those differences. Also, in some ways, Norway appears to be a newer, less well-developed whisky market than the U.K. and even the U.S. (which makes sense, of course), and that may account for some of the difference as well. But those are comparisons, not complaints, and I came away from the Oslo Whiskyfestival very pleased to have participated in it and to have met the people I met. I’m already looking forward to next year’s event. More photos below. 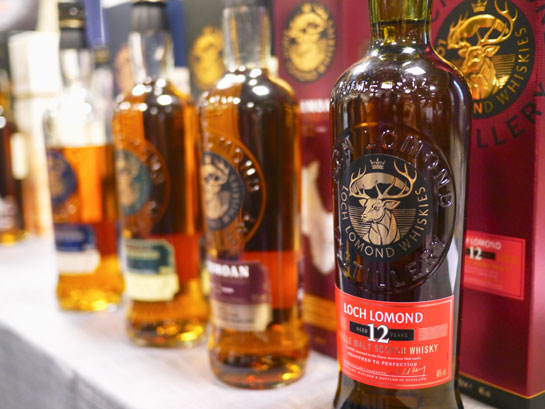 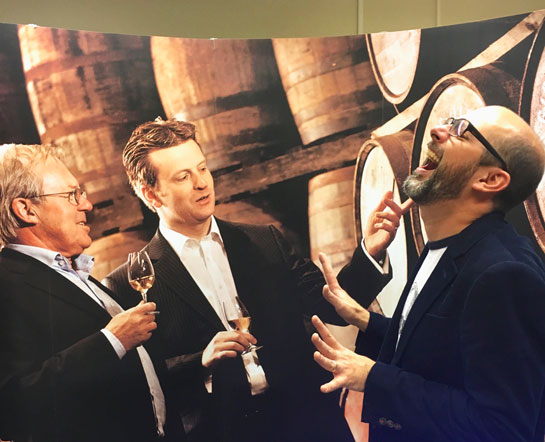 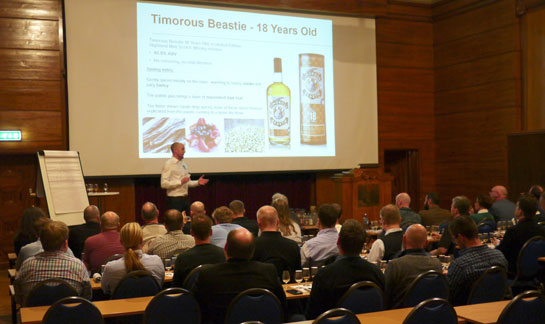 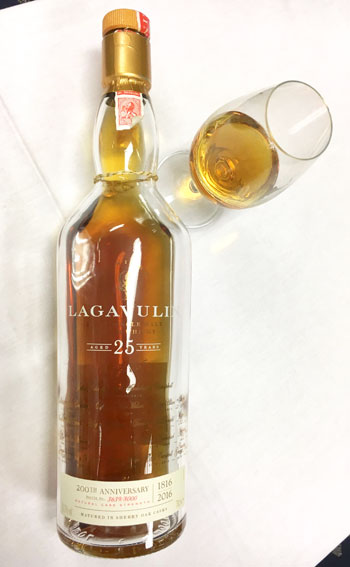 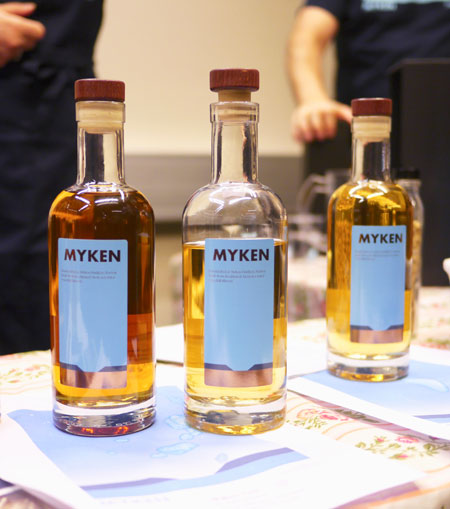 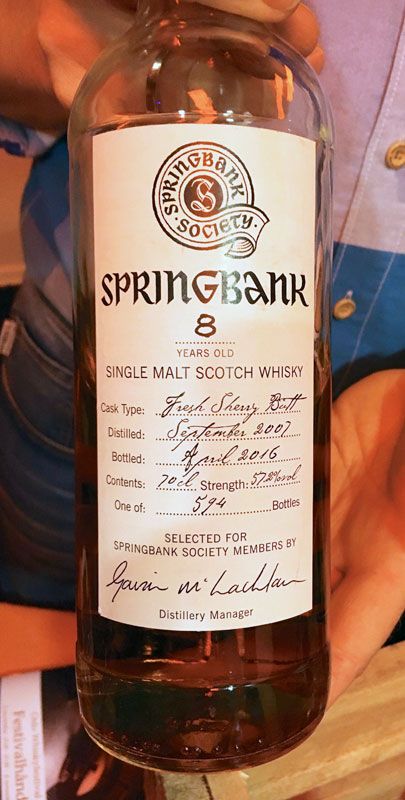 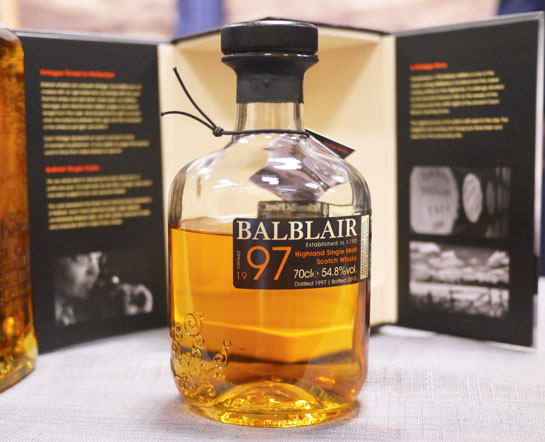