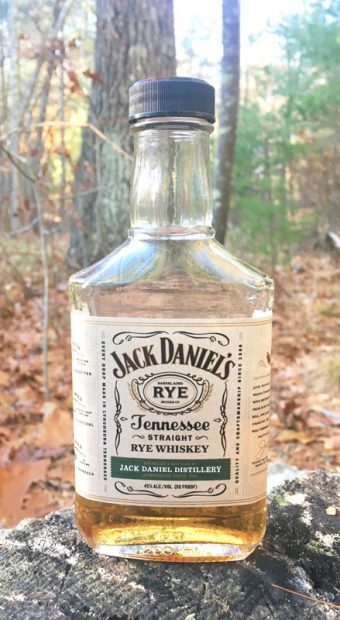 Tasting notes:
I’m wandering the Great Smokey Mountains and, Hansel and Gretel-like, stumble across a miniature gingerbread cookie house. Is this some escaped Brooklynite making an ironic commentary on the Tiny House Movement? The roof is thatched with grasses that were crushed in an antique bookpress that, believe it or not, had at one time in the past been used to press the very first edition of Ripley’s Believe It or Not. I thought also that I detected fruit notes from a stone soup flavored with gruits, and covert tarragon sprigs and leaves that had been converted to a double-agent by adroit handlers. An errant llama wandered by, daffodils behind its ears and an origami crane, standing on one leg, was eating spelt. I began to wonder about John’s sanity. I mean, my sanity. Moving on to the next sense…

The mouth was spicy and peppery with just a tad overmuch of Cloy Story, part III. “I found my moving buddy!” It was tart without being tannic, kind of like I like to imagine Dorothy Parker. It was ascerbic without asperising, kind of like I like to imagine Truman Capote or his 1st cousin, once removed, Fruitman Compote. Ouch? It’s a new Marvel Superhero: Drinkman, who outdrinks evildoers! Drinkman doesn’t have a cape, but he does carry little buffet-style jars of honey of unknown, if not actively dubious, provenance.

The finish is mild and deferential, like John’s conception of piety. It’s esteemed and exalted, and like a vintage Corvette, it doesn’t need to show off, because the vim, vigor, and vinegar are all under the hood. It’s not a streetfighter, but you wouldn’t want to cross it in a bar fight. As the finish fades, Gwyneth Paltrow gives me a Campho-Phenique™ trachea-swabbing with a copper-stemmed Q-tip topped with the finest Egyptian cotton. I gape as she Goops.

Rating:
On the scale of people with initials J. D.–
The Jack Daniels Rye is…Johnny Depp? Julie Delpy? Jacques Derrida? Dame Judi Dench? James Dean? Julia Louis-Dreyfus? Jimmy Durante? Joan Didion? All worthy possibilities, but no. The Jack Daniels Rye is John Deere–-John Deere agricultural equipment is among the best in the world, and probably was used to plow the fields and harvest the rye. “I like to get plowed, John Deere,” possibly said someone at Jack Daniels maybe once.

–Our thanks to Jack Daniels for the sample!