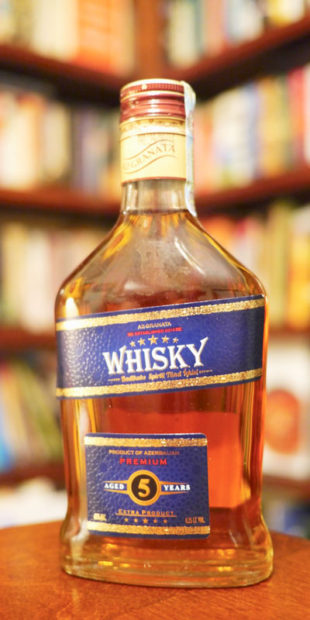 The nose turns out to be relatively benign; the mouth is a stage five malignant cancer.

As I said, stage five cancer. We also found Vienna sausages…brined in machine oil. They were offset by moldy dried apricots that underwent no redemptive fermentation.

The finish is merciful, in the sense that the end comes quickly. We found it to be, by turns, antiseptic, analgesic, and appalling. Tastebuds were held for ransom, but they committed suicide before succumbing to the Stockholm Syndrome.

–Our thanks to the Inimitable Ingrid for the sample!