How can anyone take 150 minutes of exquisite pleasures and compress them into a few paragraphs? [Editor’s Note: “a few” here meaning seven] Even more, how can one take seven years’ worth of such delight and happiness; each of those years redounding on and re-echoing with all the others, and give more than a list of high points, much like forgoing climbing in lieu of simply naming a coterie of Himalayan mountain peaks peaking out from a cloud bank? 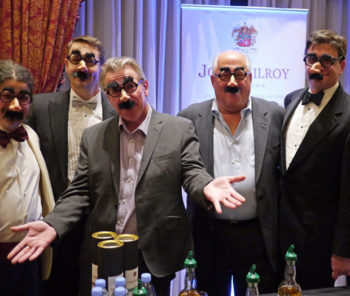 The short and simple answer is that “no one can, you ninny,” yet it falls to me to try to do so. What has turned into the most abiding joy of the SMWS Extravaganzas is seeing old friends and making new ones, all of us joined by our love of whisk(e)y. So, hello again to Lauren Mayer, Alan Shayne, Charlie Tower, Ryan Maloney, Sammy Karachi, Caitlin Soares, Aron Silverman, Joe Hyman, and Randall Bird. And it was lovely to meet you, Doug McIvor of John Milroy, Paul Donovan of the SMWS, and Joseph Camarata.

After people comes food and drink. We started with a Loch & Key independent bottling of Kavalan, which 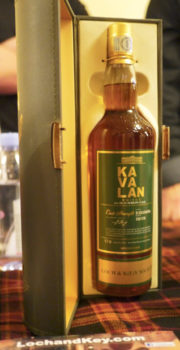 was fantastic. (By the way, I could easily use “fantastic” as a descriptor of essentially everything I drank.) After that, we wandered over to the John Milroy table, and sampled the Mortlach 2006, the Bunnahabhain 1990, and the Linkwood 1989, just to name a few. It’d be a sucker’s game to try to say which was maximally delicious; like a good parent, I loved all my whisky children equally.

All those drams put us a bit off of our normal game: Usually, we make a beeline for the food to put down the vital base layer of carbs and proteins to insulate our innards from internal alimental ailments. But it was nice to take a drink with us as we wolfed down a bit of pasta, a scoop of salad, a slab of rare roast beef, and slice of tender and juicy turkey. All were delicious (or, if you prefer, “fantastic”) and if I had one regret, it’s the one I always have. The dessert isn’t served until around 8:30. Agony! 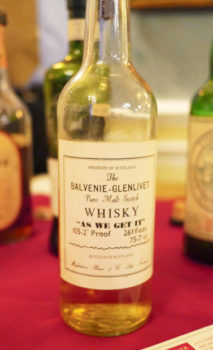 Next, we split into individual agents pursuing our own agendas. I stopped by the Macallan table, where I enjoyed a Rare Cask and Edition 2, Limited Release. I followed John into another room, where I was (easily) inveigled into trying again the Dewar’s Signature—“all the whiskies in it are at least 25 years old”—and thought, as I usually do, I could drink a lot of this. From there, I made my way to the SMWS table, where I sampled the five casks that were on offer. Hey! They were all…fantastic. John pulled me over to the table Skinner, Inc., an auction house that has, among many other things, a line of vintage whiskies. I indulged in a Balvenie-Glenlivet “As We Get It” from the 1970s. From there, a quick hop on to an adjacent table where I reminded myself of the delights of the Aberfeldy 21 and the Craigellachie 23…and took a picture with another new friend, Gabriel Cardarella II, U.S. Brand Ambassador for Dewar’s. 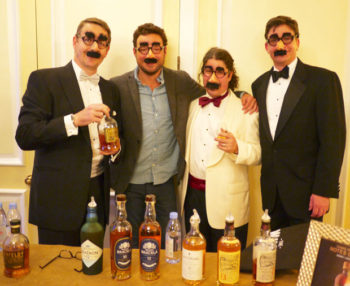 I went back to the main room and next went to the Classic Cask table, where I enjoyed their four different finishes of a 23 year old blend. The standout was a Macallan 21 that was superb. Or, if you prefer, fantastic. Roving the hall, I was disappointed that the Johnny Walker folks either didn’t bring, or had run out of, the Platinum label, which is my favorite. Oh, well, I consoled myself with a pour of Johnny Walker Blue Label. So unhappy! (The pourer confided to me that the Platinum Label was her favorite, too. I suspect if I’d said the Green Label was my favorite, she’d have confided in me that the Green Label was her favorite, too.)

By then, the cookies, and very dense, cocoa-flavored (a guess) chocolate brownies were out, and after having a few of those, I went back for some last drams. I find that at all Extravaganzas, my brain stops being able to process the giant gobs of pleasure tingling my synapses, and time undergoes odd compressions. After more chitter chatter with old and new acquaintances, we three Impostors stepped out into the night, sparked up our cigars, and exulted in feeling truly, madly, deeply alive. Game on, friends! 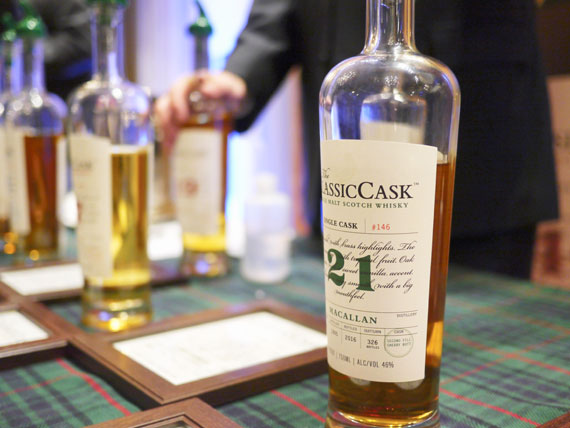 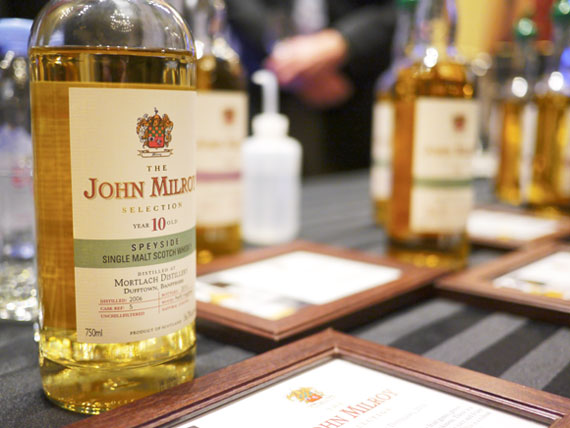