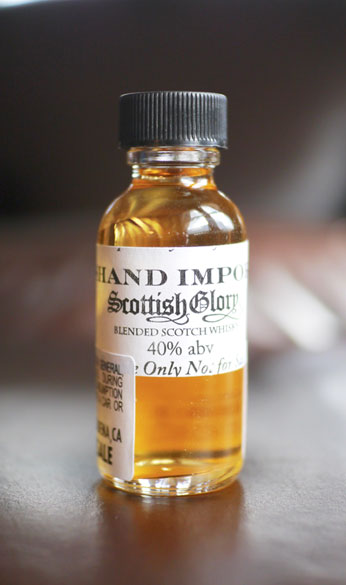 Tasting notes:
This blend is a bit like going in to watch a movie you heard nothing about: it opens on a new pair of brown shoes with graham cracker soles, cinnamon and all, approaching an automatic velvet shoe polisher (the red side, of course, for shoes that are not black) in the corner of a country club locker room. Pan up slowly to reveal the owner of those shoes: the slightly funky, groovy guy in the back of the wedding band. It makes you wonder why he stole down to the locker room during the break between sets–and how he got all the way down there without putting one crack in those soles. But then there’s another clue: pan down to his right hand, and dangling by the laces are a pair of Chuck Taylor All-Stars still drying after a vigorous springtime puddle jumping. Then the title flashes across the screen: Rubber Soul.

This doesn’t look like a lost Beatles movie (think A Hard Day’s Night with an overweening shoe fancy), but you set your curiosity about the title aside and focus on getting a solid taste of what’s going on. The body of the film is pleasant and inoffensive. There are some mild explosions, but most go off in the background and toward the tail end of the action. Speaking of the action, it’s fast, but not overdone–and eminently consumable. But toward the end of the middle, you get that funky note again, but it’s stronger. It comes in the form of a glowing mystery not unlike the briefcase in Pulp Fiction, but in this case it’s a treasure chest pulled out of a neglected aquarium.

As it ends, the finish runs away fast, as you might expect to happen in a movie with this title. The camera fades to black on a freshly sanded set of new cedar shoe trees. It’s a fitting ending to a shoe movie. It’s then you realize that it may not be Oscar-worthy, but it’s well crafted and thoughtfully structured, much like a piece of Raku porcelain. And unlike its name might suggest (if you take cues from A Hard Day’s Night), this is a serious film, with little of the whimsy you’d expect from something so named. But don’t let that deter you. This is one rock solid piece of work.

Rating:
On the scale of films based on or around music from one band–
The Scottish Glory Blended Scotch Whisky is The Last Waltz–It’s not just one band here, it’s The Band, joined by many friends to help them ride off into the sunset in style. Sitting and watching a concert on film shouldn’t work this well, but in this case, it really does.

–Our thanks to Shand Import for the sample!