[Please note: Westland produced only 2,000 bottles of this 50% abv whiskey, and they will only be available in Washington state this year. But next year, we hear that this whiskey will achieve wider distribution.] 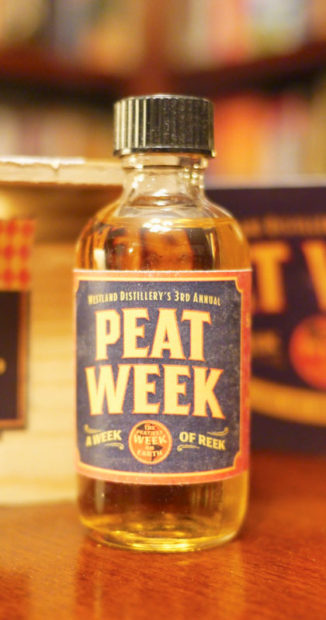 Tasting notes:
Deirdre MacCumber has been called “a noted arachnographologist.”  But the truth is twofold: she is the only arachnographologist, and it was only her relentless (but anonymous) self-promotion on listservs that accounts for her fame.  By sheer force of will, she had realized the dreams of her 11-year-old self to spend her life studying the writings of spiders.  Now chair of the very program she founded at Southwestern Illinois University, the Department of Non-Primate Communications, she was at a crossroads.  She’d been unable to find a journal to publish her essay on wolf spider epithets, and the pile of rejection letters for her post-dissertation monograph on silkworm syntax grew larger each month.  Something was going to have to give.

So she turned to the whole-leaf tea she’d bought in Sri Lanka after the disastrous attempt to confirm a haiku composed by a Gooty sapphire ornamental tree spider.  (Rivals, she discovered later, planted these reports in the hopes of humiliating her and ruining her research budget.)  The tea came out of the box with a fragrance of underlying green pomegranate wedges and a young man’s cologne.  That is to say, it smelled exactly like the nose of Westland’s Peat Week whiskey.  With the hot water from her teakettle, she found the additional notes of bright young peat and hacksaw blades still glistening with tree oils after some hasty clear cutting.  My, this is a peaty dram!  It’s got the smoky twists and turns of a Tough Mudder race run right down the muddy slopes of a quietly-eructating caldera.

The mouth is creamy and full.  It means business, as the saying goes.  In fact, I’d like to say that this whiskey is hirsute.  I imagine it, bearded, standing over a range while sliding Graham cracker rectangles into shimmering sesame oil.  Or perhaps he’s whittling redwood tree bark into the shape of cigars.  Or laying maroon leather poker chips onto barn floor planks.  This whiskey has all of the allure and wildness of teenage love playing out under a forest canopy while the close-set eyes of indeterminate animals look on, aglow in the underbrush.

The finish is long and I want to say mentholated.  Except it’s not the taste of menthol but its tactile qualities.  My mouth vibrates under the spell of Apollo’s own jaw harp.  Ah, if only my Appalachian forebears had seen to fit to propitiate him.  I exhale and the finish stays with me.   The substrate of the mouth persists like quantum echoes in a particle accelerator.  And throughout the experience, there is a gratifying simplicity.  I feel the same way I do when standing before Barnett Newman’s “Vir Heroicus Sublimis.”  The surface simplicity repays study with delight and satisfaction.


Rating:
On the scale of spider writings that produce, and are produced by, great wonder–
The Westland Distillery’s 3rd Annual Peat Week American Single Malt Whiskey is “Some Pig.”–Except in this case, I’d stand with Prof. MacCumber in wanting to encourage Charlotte to spin out a few more lines of silk so that she reads “Some Peat.”  For this is the stuff of wonder, the inspiration for a life’s work.

–Our thanks to Westland Distillery for the sample! 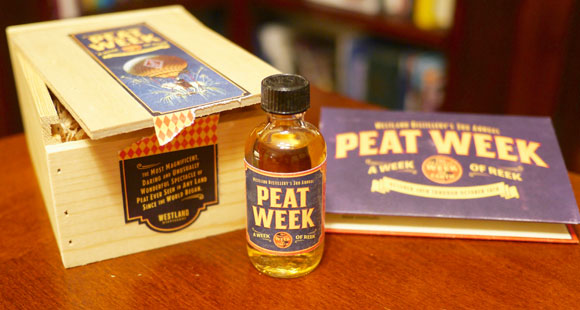 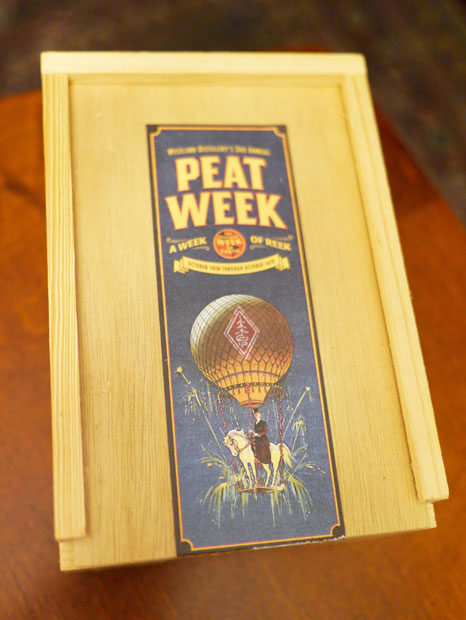 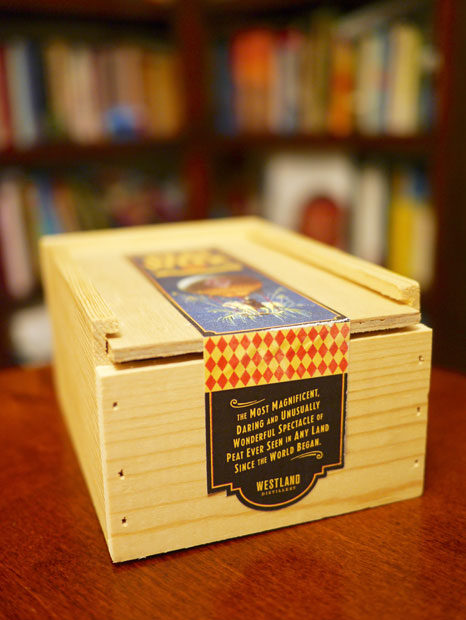 And even the poster advertising Peat Week was awesome: