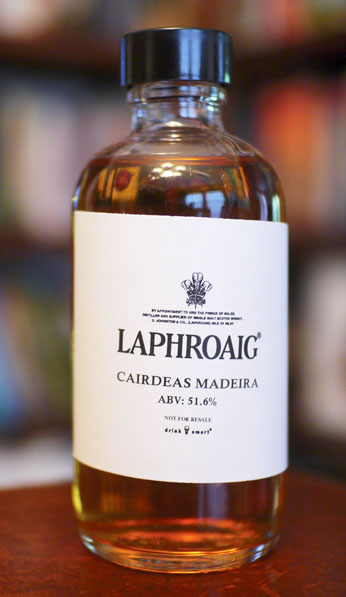 Tasting notes:
The nose here is delicate, wistful, and slightly edgy, like a piece of hyacinth petal paper inscribed with the names of your prospective paramours. Nose it more and you get something more solid and assertive, like ropes made of toast, or maybe toast made of ropes. Either way, that rope/toast rests comfortably next to a soft, sophisticated orange.

The mouth begins as an orange designed to play the ingénue (an orangénue?): she’s wholesome and guileless–and utterly endearing. But then Peat rolls onto the stage, providing a earthy base, a gritty backstory. It’s a compelling scene. You savor it for a moment, taking in the pageantry, then BAM! Orangénue delivers a vicious throat punch to Peat for no apparent reason, and the stage crafters punctuate it with a massive, quick, lightshow blast.

The finish is pure peat exhaust shrouding a demented caramel lurking in the back of the alley. The finish becomes Jared Leto’s method acting. With an orange. It fluxes and refluxes, ebbs and rises, it is an agent of chaos. And then come notes of ether or some children’s medicine from the early 19th century, making it that much easier to succumb to it all. Succumb. Succumb.


Rating:
On the scale of two great tastes that taste great together–
The Laphroaig Cairdeas 2016 is Reese’s Peanut Butter Cups–Who knew peat and orange could be made to rival the all-time great combo of peanut butter and chocolate? Laphroaig knew, apparently, and executed beautifully.

–Our thanks to Beam Suntory for the sample!