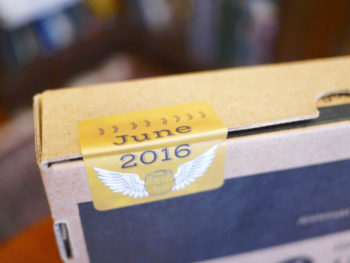 We’ve covered the Whisk(e)y Explorers Club from ForWhiskeyLovers.com before, and I’ve noted most recently that I suck at the Whiskey IQ game associated with it. But the idea is simple: offer subscribers the opportunity to taste four new drams at a time–and to taste them blind. The blind part is key for several reasons: it focuses your attention, it provides a veil against your biases, it opens your mind to possibilities you might not have imagined. It’s also great training for being better at tasting whisky and whiskey.

The offerings this time around surprised me. I had only ever tasted one of the four whiskies before, and I did not recognize the one that I had already encountered. So in a way, these whiskies were all new to me, and experiencing them simply for what they were, without labels or indications of age (or not) and without any indication whatsoever of what type of whisk(e)y it was (blend, single malt, American, Scotch, World Whisky, etc.). 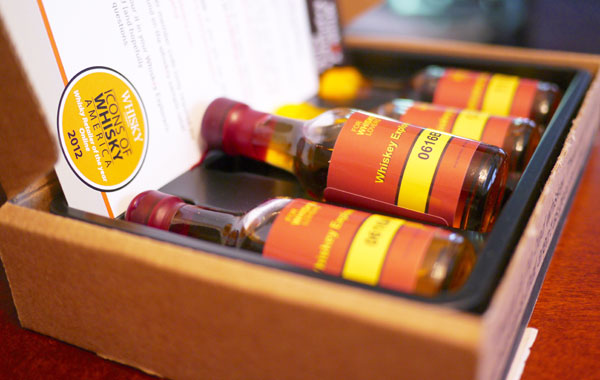 I will not reveal what whiskies were included in the June 2016 flight (I should note that though we’ve been known to take a while to get around to writing up our thoughts on a given flight posted, I just received this one earlier this month–and my wife and I just had a baby–so I’m doing better here than it might at first seem). However, I will say this: over the last couple of flights, we’ve seen a shift toward more American craft whiskeys being represented among the offerings in the Whisk(e)y Explorers Club. And this makes all the sense in the world: American craft whiskey is where the growth in the industry is, and it is where a burgeoning new diversity of flavors and approaches can be found. Doug Stone, the man behind the Club, could continue to choose from the myriad new offerings from this category for a long time and still consistently surprise (and delight) seasoned* whisk(e)y drinkers like ourselves.