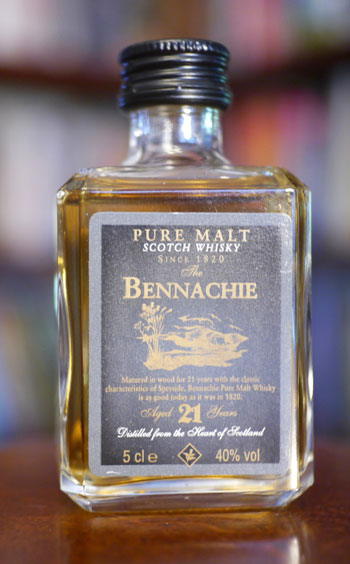 Tasting notes:
I hear the echoes of the percussion first, rattling off the brick buildings like a flock of mechanical birds taking flight.  Then there are the waves of bass moving through the hot summer air with the inevitability of an earthquake.  I come around the corner to see George Clinton playing on the far side of campus under conditions that mimic those of a Holi festival merged with a brokered Republican convention.  The smell of cereal aggravated into a mist, then a maple syrup fog rolling in underfoot, and finally pancakes the size of manhole covers slicing through the air—I breathe it all in.

The mouth is bright and sweet and creamy and light.  A creamsicle produced by Jiro in Tokyo with all of the concern about provenance and ritualized preparation that you’d expect.  Sure it’s a bit fast mouth but you don’t mind chasing it around a bit because the conversation is that interesting.

The finish is warm and rich; a mother’s hug after skinning your knee, which she now dabs with clover, eucalyptus, and vetch.  I get some wood and return of the funk notes that I found on the nose.  It’s cocobolo wood, as a matter of fact, and the bass vibrates so intensely it alters the grain into an exact representation of my thumb print.

Rating:
On the scale of unusual facts about fingerprints–
The Bennachie 21 Year Old Pure Malt Scotch Whisky is the fact that koala fingerprints so closely resemble human fingerprints that experts might be unable to distinguish them–This is evidence of the remarkable phenomenon of convergent evolution.  But it’s also an enticement to train these chubby marsupials for membership in my whisky thievery corporation.