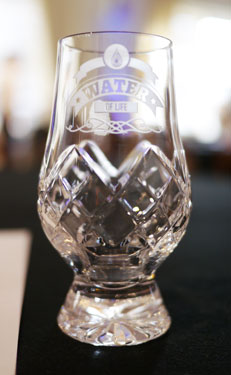 A couple of weeks ago now, I attended the 2nd Annual Water of Life Charity Whisky Event in New York City. It’s taken me a while to figure out how to capture the essence of the event in this write-up without going into too much detail, because there were a lot of good details. My predicament is not unlike that of Pascal when he mused, “I only wrote such a long letter because I didn’t have time to write a shorter one.”

Once again, all proceeds from the event went to support the Life Raft Group, a non-profit devoted to finding a cure for GIST (gastrointestinal stromal tumors). The organizer, Dr. Matthew Lurin, had a close family member who suffered from the disease, so it’s a cause near and dear to his heart. Just keep this in mind for next year’s event: not only is it for a great cause, but that means that your ticket is a tax-deductible charitable donation. 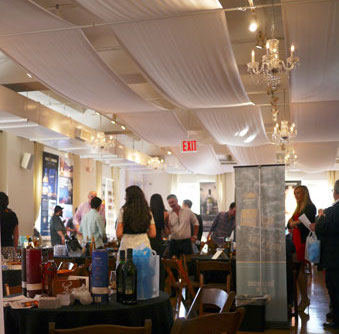 That brings me to another unique feature of this event: the raffle. The proceeds from the raffle also go to the Life Raft Group, and the items given away in the raffle are donated by attendees and other supporters of the event. There were some pretty interesting items beyond bottles, like a framed “prescription” for drinking alcohol written during Prohibition. Not like the bottles in the raffle were anything to sneeze at: for just one example, I donated a 2013 Feis Ile bottling from Caol Ila. And mine was far from the most interesting or the most valuable bottle in the raffle that night.

Kevin Chan of nyloveswhisky.com and Raj Sabharwal with Stephen and Blackadder offerings

Last year’s event was in a lovely venue in Battery Park. This year, the venue was in the fetching Midtown Loft. The event spanned two floors, with one holding the food and almost all of the tables, including the ones devoted to the masterclasses at the beginning. The masterclass I attended had Raj Sabharwal of Purple Valley Imports at the helm, and it featured Blackadder expressions. Raj took us through the Black Snake Venom II (a 57.1% blend from a solera system), a peated Amrut that was about 6 years old (at 62.1%!!!), a 20 year old Tobermory that was just outstanding, and an unnamed single malt bottled under the name Peat Reek (featuring, as its name suggests, more peat than smoke). They’re all unfiltered–two of them had visible bits of charcoal in them (yum!)–and all were outstanding. It was a slightly dizzying way to begin the evening, because they were all complex and amazing, and each warranted a good half hour on its own, but this was Water of Life, baby! There’s no easing you in: it’s straight to the great stuff. 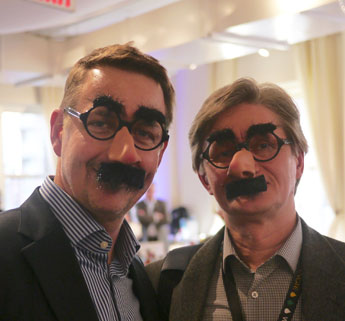 Whisky speed dating was once again the order of the day for the main part of the evening, but this time it seemed less confusing and more orderly. It afforded many opportunities to sit and talk with an ambassador for a while without some lout interrupting because he wanted a pour. It also allowed brand ambassadors to talk you through a lineup of whiskies, if you or they were so inclined. If you’ve been to other whisky events where attendees walk from table to table, and all parties stand all along, you know that such a setup is nice enough, but by comparison, the speed dating approach seems positively civilized. Along the way, I even managed to initiate another few good people (some of whom were even willing to admit that they were fans of The Malt Impostor) into the Groucho

Gallery (see below). Of particular note was whisky connoisseur Andrey Danilin, who likes our Facebook posts frequently enough that he may have single-handedly staved off our repeated temptations to bail on that particular social media outlet.

Quick rundown of whisky highlights: the new High West Bourye (this one a limited edition), the Dalmore King Alexander III (to my mind, the best Dalmore out there); the brilliance of David Blackmore to bring the Glenmorangie travel retail range plus the Milsean (the Tayne, Duthac, and Tarlogan are all worthy–and reasonably priced–travel retail options); the Wild Turkey Kentucky Spirit Single Barrel–and the great conversation with Pat McCarthy from Bayway World of Liquors in New Jersey; the Tomatin 18 and 1988 Limited Release and Scott , the only kilted guy in the place; the Kilchomans on offer from Joshua Hatton and ImpEx; Highland Park Ice; and last and far from least, the Macallan No. 6 (stunning). 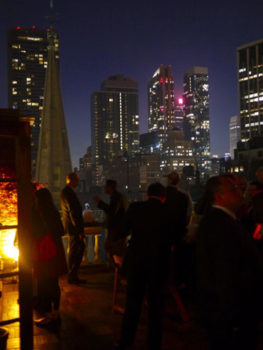 This year, I smoked a cigar on the rooftop terrace. And man, am I glad I did. We couldn’t have asked for a better night for it, and many of the guests adjourned to the rooftop after the raffle. Unfortunately, that made it difficult for the organizers to get us all out on time, but my goodness, how could they blame us? It was simply a perfect evening, and the company, the cigars, and the whisky just made it all the more enjoyable. There is no better summary of the event than the preceding sentence. Thanks to Dr. Matt Lurin for another outstanding event–and one that improved upon the previous year’s event. Keep up the good work, Matt–you have a real winner here. 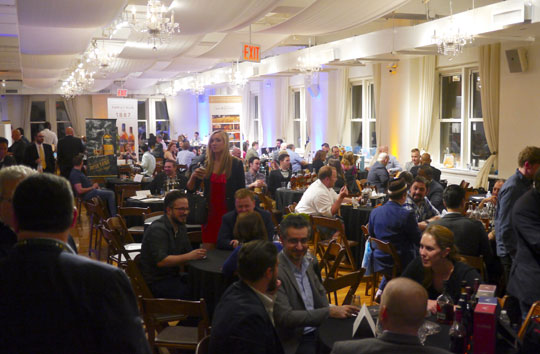 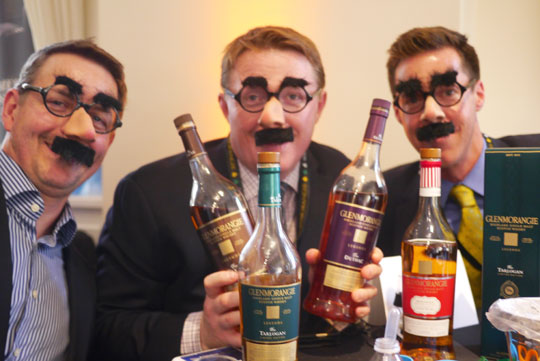 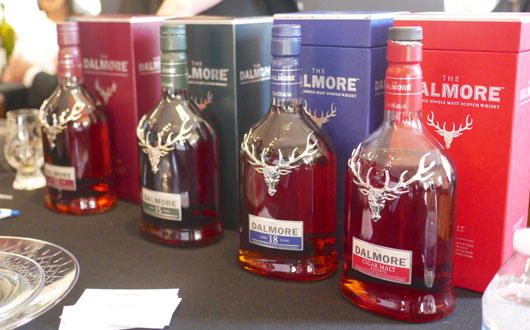 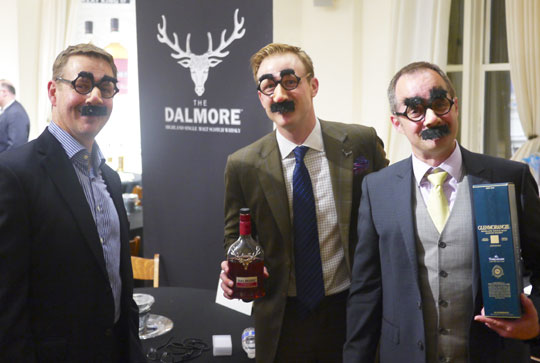