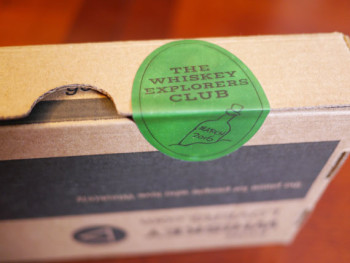 So let me start the write-up by admitting to something: There is a Whisk(e)y IQ Game that’s part of the Whisk(e)y Explorer’s Club from our friend Doug Stone and ForWhiskeyLovers.com, and I royally suck at it. I teach for a living, so it’s especially painful for me to get scores that consistently range under 20% for that portion of the game. Interestingly, though, I consistently score quite well on the Business IQ portion, which focuses on guessing how much the whiskey in question costs. I guess I should take solace in the fact that the latter is some indication that I’ve learned something in my time writing for The Malt Impostor.

We’ve noted this before, but I find the Tasting IQ part of the game maddening. Maybe it’s because it’s so specific, and we’re deeply committed to the idea that there are few right and wrong answers when it comes to whisky (have you not noticed our rating system?). Or maybe it’s because I consistently answer like a third-grader who inadvertently wandered into a college-level Calculus course. The process is quite fine-grained, especially on things like color, but I think it’s the sheer number of descriptors that trips me up. After all, if you’ve read any of our reviews, you’d know that, faced with a wall of descriptors that are all relatively close to one another, we’re inclined to go off-the-wall in more ways than one. Nonetheless, I appreciate the Tasting IQ part, especially for focusing my attention on many aspects of the dram, including how it tastes both with and without water. The discipline the Tasting IQ game imposes is crucial, especially as you taste the whiskeys blind, as the game guarantees. 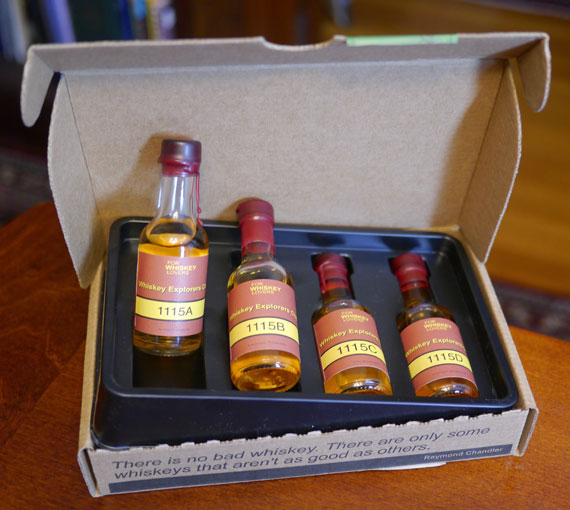 The other parts of the Whisk(e)y IQ game are much more fun to me. Guessing the price range and guessing which label it is are both challenging and fun. Often, they turn out to be revelatory (or depressing, especially on the price side). But then again, this is where I tend to get most of my points. The points get translated somehow into “Flovers,” which is either a cute denomination of something at ForLovers (the parent site of ForWhiskeyLovers.com) or what a three year-old calls leftovers. At any rate, the points can be used for discounts from the Store on the site, which, by the way, boasts an increasingly large number of American craft whiskeys and whiskies from around the world.

Finally, on this month’s whiskeys, I was not a big fan of two of them, was intrigued but confused by another, and quite enjoyed the last one. The confusing one turned out to make sense once I knew what it was, as I’d tried whisky from that company before and found their products on a vector all their own. But all four expressions were new to me, and it was interesting to see what I liked and what I didn’t as I was tasting them blind. Tasting blind is a wonderful thing to do if you care about developing your skills at nosing and tasting whisky. I do have to say, though, that I’ve learned a lot more by tasting via the Whisk(e)y IQ Game than my scores reflect. At least in this case, nothing else really hangs on those scores. Thank God.