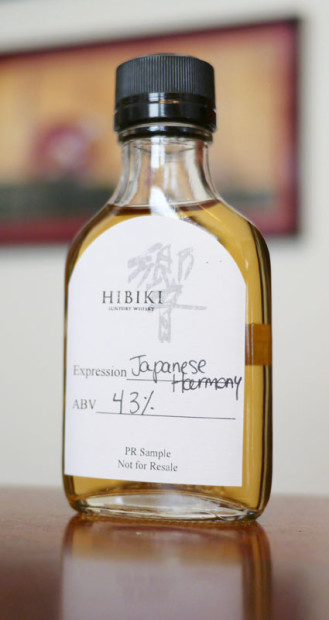 Tasting notes:
The nose on this blend is so muted, initially, that I reflexively work the volume control on my TV remote. Such subtlety! I want to say there’s honey, but if so, it’s honey made by bees that are acolytes of impressionist composer, Charles Koechlin. Then there’s caramelizing peaches sinking into a steel grill. Which gives way eventually, inevitably, to a bit of burnt honey.

The mouth struck us with pepper and cream, but in no way was there pepper cream. Instead there’s the unmistakable taste of youth: industriousness, like a floor cleaner hurrying along, just inches behind his boss’s shoes clomping across the hardwood, sweat falling from his brow, which, owing to his OCD, will necessitate another pass. There’s more sweetness and honey. Perhaps some burning amber comes into focus.

The finish is nut meat pâté packed in walnut oil. But in other respects, it is thoroughly continuous with the mouth that it’s like déjà vu, except without the gap that memory requires in order that it might distinguish the present from the past. One imagines that young elves could wear this like cologne to attract the attention of sprites.

On the scale of quotations that nicely turn an image around—
The Hibiki Japanese Harmony is the following: “The artist needs an ivory tower, not as an escape from the world, but as a place where he can view the world and be himself. This tower is for the artist like a lighthouse shining out across the world.” — Shine on, Charles Koechlin. Shine on.

–Our thanks to Hibiki for the sample!