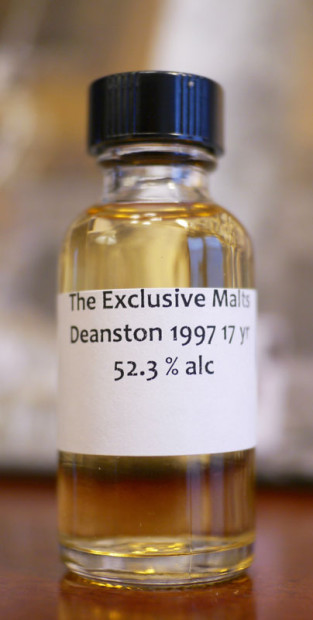 The mouth is pure dynamite.  Nothing in the Rapunzel-hair colored whisky prepared me for this. There’s the whoosh of fajita sizzle and the crack of Pop Rocks sass, but then it settles out into a luscious, gustatory Slip and Slide onto which my taste buds swoosh and swirl.

The finish is like flannel sheets on a bed stuffed with butter and horsefeathers.  You stretch out and submit to a sustained, unhurried, and ever so gentle back scratch.  Ahhh…  I’m pretty sure that this was aged for all 17 years in casks that held good intentions.  It’s funny, then, that all of my good intentions have run dry.