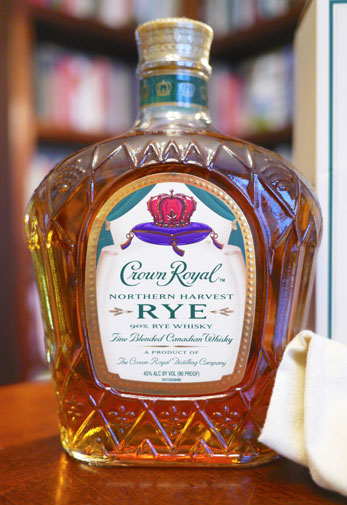 Tasting notes:
The aromas of my breakfast Shoumei tea and the cinnamon on the dried figs in my porridge linger in my nostrils despite the fact that I decided to try out that aftershave I found in the drafty hovel on the edge of my property. Such is the olfactory experience as I open the front door to head toward the fields. Today, I harvest the rye.

With my trusty scythe in one hand, I grasp for a stalk with the other. I pull apart the head and taste one of the seeds. There’s sweetness, but also some full-blown bitterness and a steely resolve amid autumnal resignation. I draw my leather suspenders tight, like pulling a canter back to a trot, and set myself to cutting.

Then someone taps me on the shoulder. I nearly fall over from surprise and trying to stop the swing of my scythe. I turn to find a reporter.

“Your farm has been named the Farm of the Year in the John Monday Farm Bible! Care to comment?”

“Yeah! It’s amazing, isn’t it? Out of all of the farms in the world, yours was named Farm of the Year!”

“I kid you not! It’s a huge honor, and now everyone will know your farm is the best in the world!”

“Who did you say decided this?”

“You know, I don’t really know. But I don’t think it’s like the Farmer’s Almanac. That predicts weather, right?”

“Forecasts. Among other things. Who is this John Monday?”

“I don’t really know that, either, other than the fact that he wears a hat. But I do know everybody goes crazy each fall about his pick for Farm of the Year. My editor sends somebody out to do a story on it every year.”

“Hm. You realize this is a pretty regular farm, don’t you? I know what I’m doing and I take pride in what I do, but it’s not like it merits a Michelin star or anything.”

“Oh, but it’s a rye farm! And it’s Canadian! That’s so different from other years. Don’t you think that’s great?”

“I’m…I’m pleased, I suppose, but why is the rye part anything worth noting? Do you know what a bushel of this stuff sells for?”

“Rye is…just so…well, Monday hasn’t named a rye before nor a Canadian, at least not in recent years. I don’t go very far back with all of this. What do I know, I just write the stories they tell me to write.”

“Hm. You need to get the hell off of my property.”

“Go on, get lost!” I menace after him with my scythe for effect.

He runs. I’m elated. The rye was ready, I have to harvest it today. I don’t have time for that foolishness.

I finish with that field of rye in no time. It goes quick. It reminds me of the time I wondered whether the starter pistol smoke and the tinnitus would last longer than the race. As I wrap it up, I can almost taste the Manchego wedges and cherries I laid out on a slate cheese board that will soon be my notable, if not noble, lunch.

On the scale of dubious awards going to a Canadian–
The Crown Royal Harvest Rye is the Royal Victorian Chain–Setting aside the fact that its name sounds like it might refer to a truly bizarre sex act, it’s a Canadian award for personal service to the sovereign, but “sovereign” here does not refer to any sovereign Canadian power. Rather, “sovereign” here refers to the monarch of the United Kingdom, even though that monarch already has an award for personal service to the sovereign (the Royal Victorian Order). Talk about somebody yanking your chain…

–Our thanks to Diageo for the sample.