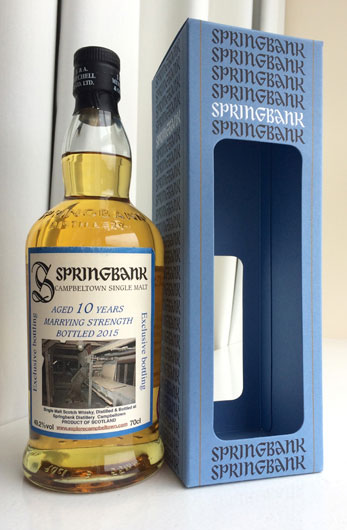 Tasting notes:
As we were taking notes for this review, Bill kept mis-hearing everything we said. He claimed it was due to a massive buildup of ear wax that resulted from his having spent too much time cleaning the otter tubs (they’re actually large tanks with very natural accoutrements for the animals, but Bill decided to make a play on “worm tubs” instead). At any rate, Bill’s behavior made for a disjointed process, so you’ll have to forgive us the flow of this review.

On the nose, there’s a touch of sherry, a very welcome and “safe” touch of Sherry. As we were pondering what “safe” meant in this case, Bill yelled, “Did you say ‘a bunch of farkleberries’?!?” We also got notes of briny aloe hydroponically grown in an estuary. Bill thought that a shiny doe sardonically owned a mortuary. As we nosed it longer, we found pickle juice, from heaven’s pickles. Bill got unleavened tickles and then wouldn’t stop giggling.

The mouth was an amazing, bright, round bell. Bill got a lazy, light groundswell. We also got notes of smoked morels, and not the toked sorrels Bill heard. There was a rubber band note as well, fresh from a newspaper that was freshly chucked by Chuck. “The paper boy?” Bill blurted out, then caught himself. John and I shot each other a glance, then with a nod resolved to monitor this situation closely.

As the mouth went on, we got a freon bubble from a coolant caldera (Bill: “Sodom and Gomorrah?”), or maybe the most in-your-face Mentos ever (Bill: “Did you say ‘dingo sweater’?!?”). But we just couldn’t get past the combination of coal dust and ham–a West Virginia ham. Bill heard that last as “Menachem Begin,” which wasn’t even close. But even more odd than that was the fact that he then translated those words as “deeply committed to bacon.” Now we were sure that Bill was just messing with us, because that was just Bill saying what he always says.

The finish had more peaty backbone than we were expecting, but less oily mouthfeel. The finish reasonated with notes of a master pastry chef’s butterscotch cake with filberts. Lingering filberts, and most assuredly not fingerling Dilberts.

On the scale of misheard song lyrics–
The Springbank 10 Year Old Marrying Strength 2015 bottling is Excuse me while I kiss this guy (Jimi Hendrix)–Right up there with There’s a bathroom on the right by Credence Clearwater Revival, but perhaps just shy of Slow Motion Walter, The Fire Engine Guy by Deep Purple.