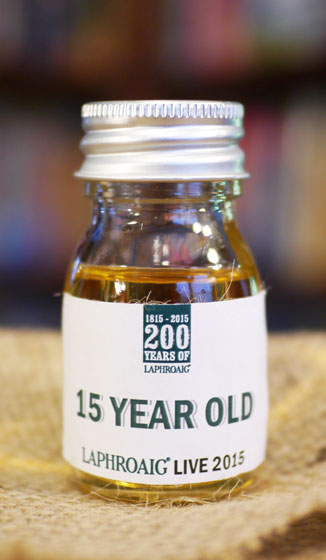 Tasting notes:
On the nose, it’s quite clear: if you bred sea urchins to secrete Laphroaig, you’d get this. There’s this incredibly sweet note, like treacle coming right out of the oven–or a rich syrup drizzled over a bowl of oatmeal and algae in roughly equal proportion. Breakfast of Aquamen!

The mouth is explosive, but in a rather flat way: it’s the clap of a Citroen’s exhaust when the light turns green. Then comes the wheeze of the hydraulics on that same old Citroen. This is not a ppm bomb by any stretch of the imagination, nor is the bite of the peat sharp. It’s diffused, yet pervasive, like a dried seaweed burp. But there’s also something finer here: a sandalwood netsuke pulled up from the ocean floor in a seine. It’s really lovely, but it’s a curiosity more than a wonder.

The finish hangs around like smoke settling onto books thrown out the window during a library fire.  That is to say, the lingering smoke is not quite your typical Laphroaig note. I’d say it’s like potato chips with olestra, where the body expects one things and then another comes, but that’d imply a synthetic note that just isn’t here. It’s not wrong, it’s just unexpected and different: this is Laphroaig showing its range. Imagine Justin Timberlake trying to cover a Barry White song, and you’ll be on your way toward knowing what to expect here.

On the scale of Laphroaigs–
The Laphroaig 15 falls directly between the 10 and the 18 [Bill: Oh, how surprising.]–But it does so without remaining commensurable with the two: whereas the 10 is a puncher and the 18 is a jab-and-dancer, the 15 is a Greco-Roman wrestler, ear guards and all.
–Stephen
–Our thanks to Laphroaig for the sample! 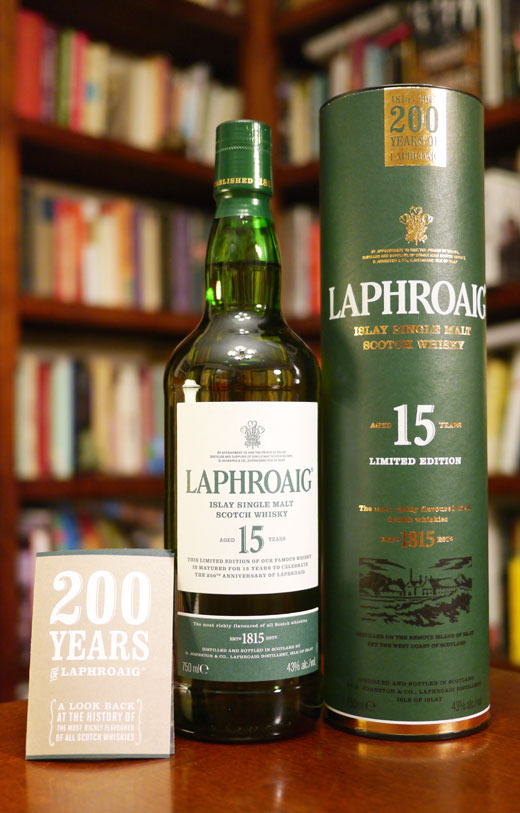