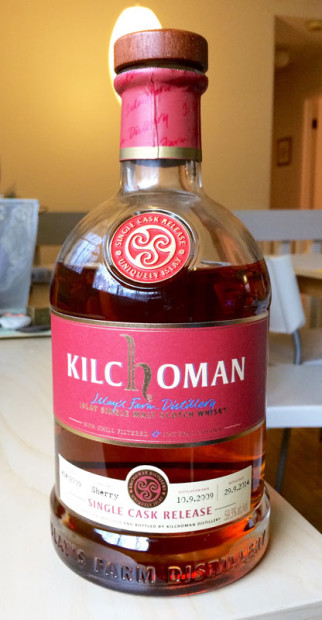 Tasting notes:
This is not the sort of play that ends in tears. That’s not to say that it isn’t moving: like an artfully crafted double negative can soften the meaning of a phrase (see earlier in this sentence), the opening is a bit confusing at first, but then grabs hold and conveys its message. In particular, it’s shoestring potatoes, then cactus blossoms, and then…then it’s cactus bossoms! Then that bossness develops into thick, heavily petaled roses. You know, the kind you’d tend to find in a play that does end in tears.

But like I said, that is not the case here. Once this one gets underway, once you start to ingest it fully, it ties your tonsils into a Gordian knot. And no, that’s not just a lighting effect or the product of playful misdirection: it’s a masterfully labyrinthine set of plot twists, each introducing new complexity the likes of which you couldn’t have imagined at the previous turn. You’d think Peat would be the star of this show, but you quickly discover that Sherry steals all of the scenes–and in the most delightful ways. In the process, this whole thing turns into something wholly unexpected right in the middle. No spoilers here, but let’s just say it’s reminiscent of what happens to Gremlins after midnight. It’s a fairly awesome transformation, and it’s deeply character-driven (no cheap makeup tricks here).

For all of this, it’s the finish that really impresses here: it’s just huge. You can taste the flints firing off in the air during the Revolutionary War battle scene. Peat shines through like a colossus (again, that’s no special effect, just bold character), having blown out Sherry by the end. The whole effect is palpably manipulative, but you can’t get enough of it. Then the real ending comes, and it’s like dessert: bitter chocolate, cream, a hint of yeast, fine baking flour, and curiously strong mint. If they served a cappuccino with that finish, you wouldn’t mind calling it a life at that point and giving up the ghost.

Rating:
On the scale of effects we were sure would result from using this whisky as a marinade–

The Kilchoman Single Sherry Cask is marinating a fish in it and ending up with a reptile–In fact, this stuff could forward-engineer more than a flounder: soak a Tesla Model S in it, and you’ll end up with the garbage-fueled, flying Back to the Future Delorean.

–Our thanks to Joshua Hatton and ImpEx for the sample!