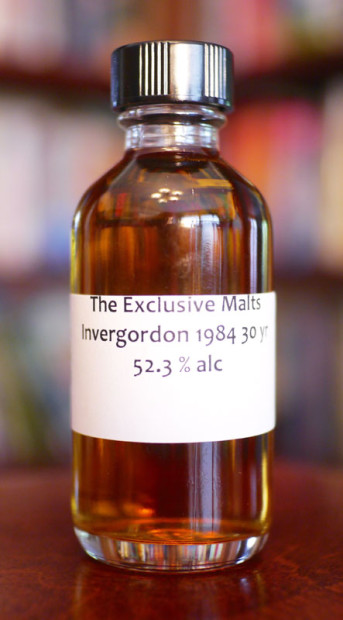 Tasting notes:
A prune stew mixed with beef stroganoff poured over pencil erasers made from recycled hockey pucks lightly sprinkled with a rare balsamic vinegar derived from a 1990 bottle of Romanée-Conti (approximately $24,000 at auction). To some, it would seem sacrilegious to make such use of…………..a hockey puck, but to them I say, “No, it’s not.” After some time, very ripe plums, fearing for their lives, fearing that they will be dried (that is, pruned), emerge from the stew like Botticelli’s Birth of Venus.

All is forgiven: A creamy sweet mouth punctuated by spicy hot blasts of hate-watching reruns of The Brady Bunch. El Niño’s uncle El Fuego dances to a timpani soloist going wild during her cadenza, while Burning Man refugees drink Trappist ale purified by being poured through the angel Gabriel’s gossamer athletic supporter.

Finishing with a baby cradle made of cat o’ nine tails ordered for the great-niece of Elvira, Mistress of the Dark. A rattle made of slippery elm bark and eucalyptus leaves. A nursery with nectarine peel wallpaper. (It needs to frequently be replaced.) Civilized vampires who drink only praying mantis blood mixed with blood orange juice.

[John: Do insects have blood?]

[Stephen: I’m more than a bit afraid to look it up. Besides, do you remember what happened the last time we questioned his entomological expertise? I didn’t think we’d ever get the otter musk out of the Malt Cave.]

Rating:
On the scale of ways to find a fruity finish to a fine feast–
The Invergordon 30 Year 1984 from The Exclusive Malts is begging for the last poached pear tartlet crisp from the generally helpful and altogether obsequious waiter–That doesn’t really give a sense of the delicious rounding long-term effect of the dram, but we are a short-term collective of pleasure-bar pushing primates, seeking stimulation, filling emotional voids, and ultimately making peace with the vicissitudes and whims of fate.
–Bill