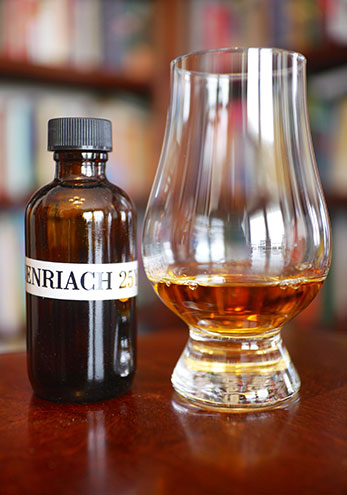 Tasting notes:
Stephen was to have written this but he oozed into a puddle. It’s that good. Think of the red leather jacket in “Beat It” when it was first delivered to the property manager. Lemons cut into canoes and piloted by voles. Opening a first edition of a Hemingway that you stole from a library. You now pretend to be him, tracing his signature on the frontispiece and smoke cigars in your cat-filled house.

The nose has an incredible marijuana note. It’s like Burning Man, but admittedly after it became “Burning Man” but before it became Burning Man. Tangy, dank, resinous, peat-soaked; it’s the bandanas used to wipe the sweat of saints as they work to brighten the days of the downtrodden. The effervescence of a mosh pit at an Air Supply reunion concert.

Flamenco guitar resin on the finish. Corduroy pants worn by a genuine prince. Cough suppressant in the jowl of a smoker. A hookah filled with gin and fruit, making a strange gaseous sangria as if in the thought bubbles of a Spaniard and an Englishman. Sage leaves sautéed in ghee and topped with walnut oil. In short, this BenRiach has it all and then some.

On the scale of facts about Key West felines–
The BenRiach 25 is hyperdactyly–With six, seven, or even eight toes, these genetic wunder-Katzen remind me of how packed with features this BenRiach is.