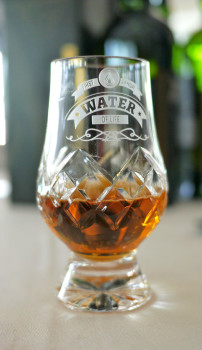 As a trio, the Malt Impostors go to a lot of whisky events. I go to even more events without Bill and John for reasons that mostly have to do with my having failed as of yet to spawn. At any rate, I attend a good number of whisky events, so I know how they go. But when fellow whisky connoisseur and good doctor Matthew Lurin decided to put on a charity whisky event that would feature a “speed dating” approach to whisky tasting, I thought, “Damn, that sounds weird.” Then I thought, “But it’s Matt, and it’s a whisky event—and it’s for charity!” In other words, I came around quickly.

All proceeds for the event went to The Life Raft Group, a non-profit organization devoted to finding a cure for GIST (gastrointestinal stromal tumors). Aside from being a worthy cause and one near and dear to Matt’s heart (his stepdad is a GIST patient), it’s also a damn fine name pairing between cause and event, which is different from cause and effect, but we won’t go into the metaphysics of causation right now.

The venue was lovely: right on (or is it in?) Battery Park, right on (definitely not in) the water, looking out towards the Statue of Liberty. The sunset cast a warm hue over the window-heavy setting, auguring a lovely evening ahead. The passed hors d’oeuvres preceded the whisky tasting, and they turned out to be top notch—and a fine idea I have not seen used before in a whisky event. Well played, Lurin, well played.

The whisky “speed dating” got off to a shuffling start, with added confusion deriving from a lack of ready “dance cards” (to direct one to a given table at a given time). Once the dance cards arrived, attendees had already begun just to move to an open table when the announcement for the table change went out. It worked out swimmingly, in fact, with a world less pushing and shoving and obnoxious positioning for drinks that occurs at some whisky events. The timing at each table worked nicely: I was usually surprised that the time had gone so fast, but also glad to be reminded to move on to other whiskies and experiences. 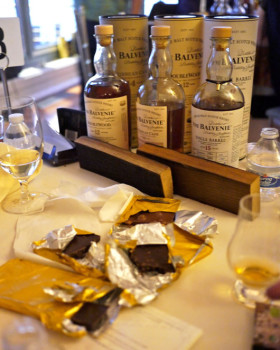 The event also featured some nice cigars of which I did not partake, not out of any abstemiousness on my part, but actually because I had such a good time, I forgot about them. The dinner buffet would please many wedding parties (not at once—many separate ones), and it was lovely sitting out on the balcony, just a little ways down from the cigar smokers, to eat with whisky friends. Speaking of whisky friends, the New York whisky illuminati were out in full force for the Water of Life event, and it was wonderful to see so many friends and whisky professionals come together and have a great time.

There were more great whiskies on offer than I can now recount, but a few come to mind: the Highland Park Odin, the Glenmorangie 25, the Balvenie Portwood 21, the crazy good Arran 10, and that beautiful bevvy of Balblairs–again, just to name a few. In the end, the event raised money for a good cause, but we also saw the birth of a charity whisky experience I hope to enjoy again and again for years to come. Thanks, Matt, for a great event. 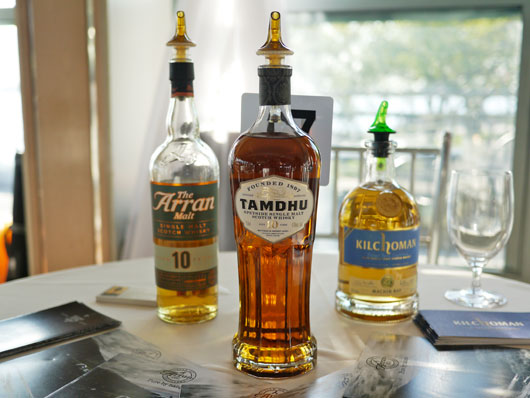