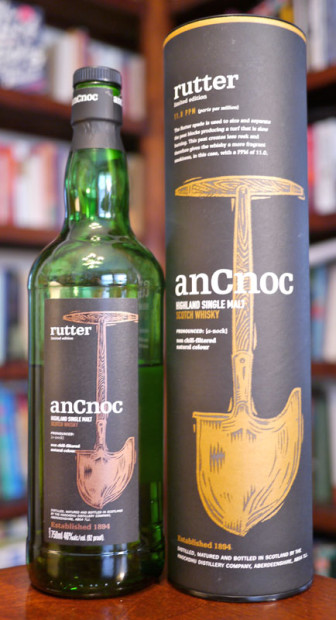 Tasting notes:
Going just by the smell, I would’ve said it’s peat, but pure peat, like maybe just a little briquette on a tiny table by itself, but everything else has been cleared out so as not to muddle the smell. But then I thought, no, it’s really more like tar, but tar that’s been integrated really well into the surroundings, like a tar pit so well disguised a dinosaur fell into it by accident. But I was blindfolded, so it’s hard to say for sure.

Then the mouth came like a cigarette ashtray holding a lemon vanilla foam from an especially ironic chef specializing in molecular gastronomy. It was like being kissed by Madonna after she took a long drag on a cigarette, and it wasn’t my idea, nor could I be certain it was her, because I was still blindfolded. Interestingly, though, the taste changed the way it smelled.

As the whole thing finished, I found lovely cream and no hint of peat at all. But the police tell me that’s because by that point, my mouth had Stockholm syndrome. I was able to verify their diagnosis when I took a look in the mirror: my tongue had a matching tattoo of a rutter. When they told my mother, she thought they were saying I was promiscuous. She’ll never understand: I’m Rutter-less now, a ship adrift in the sea.

On the scale of instances of kidnapping that have delightful outcomes–
The anCnoc Rutter Limited Edition is the movie Out of Sight–Based on the Elmore Leonard novel and featuring some really nice chemistry between Clooney and J-Lo, it’s a witty escapade of a film.


–Our thanks to Brian Johnson and InterBev for the sample!