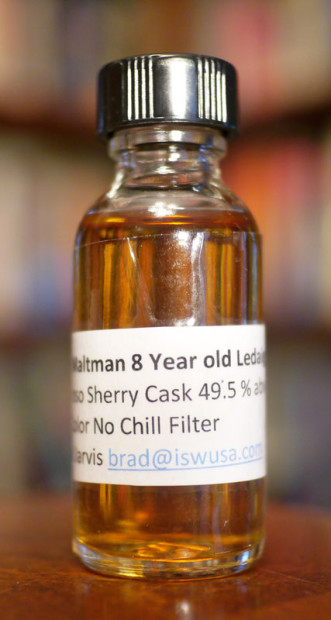 Tasting notes:
On the nose, it’s carbon fiber taken from prototype Air LeBrons and reworked into a grotesquely (and by that, we mean “Swedish”) modern kitchen sponge for Iron Man’s Caribbean island home. It’s formed into the shape of a fish no one could ever recognize, except when served with a lemon pepper béarnaise sauce. All of this is to say that the nose here is stunning–and terrifyingly beautiful. I’m afraid for myself when I smell it. And that’s a really good thing.
The fullness of the nose, which is backed by plums so gently aged in the basement of a monastery that they just got richer and leatherier–and never became prunes, doesn’t quite carry over to the mouth, however. The mouth is drier, with hints of acetone–acerbic acetone–that threatens to dissolve the creosote right out of your throat, as if you were a chimney in the crosshairs of a sweep. There’s anise, too–assertive anise–and, oddly enough, Jennifer Aniston minus the anise. [Bill: That would make her Jennifer…Ton?] Before attending to the finish, I licked my lips, and found a citrus-flavored sugar coating on them: you know, the kind they put on fancy “jellies” shaped like fruit wedges in the UK. What a lovely surprise.The finish, now that I turn my steely gaze upon it, is seriously drying and vaguely tannic, like I would expect Groot’s grandfather to be. Fortunately for us, though, the finish knows more words: long, mid-palate, one- to one-and-a-half dimensional, tight, almost sharp. The sweetness from the mouth is replaced here by dryness, like Larry Wilmore taking over for Stephen Colbert. Not a bad change at all, just different, and one I could easily get used to.
Rating:
On the scale of short words I have no confidence I’m pronouncing correctly–
The Maltman 8 Year Old Ledaig is Knäppgök–That’s right, I know how to pronounce “Ledaig.” Do you? As for Knäppgök, I don’t expect to say that word so much as hear it directed at me the next time I’m in Sweden, but it would be nice to know up front how it’s supposed to be said.
–Stephen

–Our thanks to Brad Jarvis and Charlie Tower for the sample!