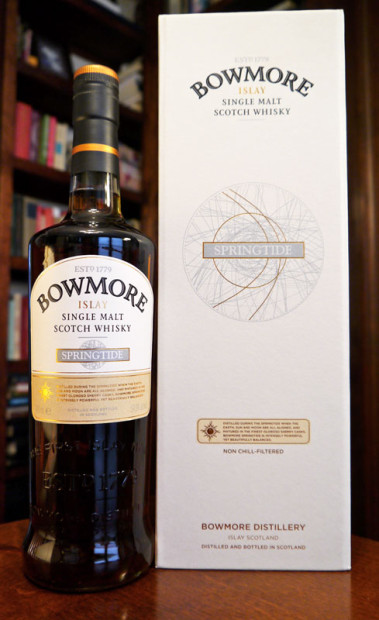 Tasting notes:
There is a lot going on with this one. The nose is wild and complex: a ferret wool muffler, fresh out of the box, and thrown immediately into the sea and not an ocean. There are also notes of Caribbean conch shell: Barbudan conch, to be precise, plated atop sand dollars that were pulverized after being rejected at the currency exchange. This is Cognac’s and Port’s love child, and it’s beautiful, despite its illegitimacy and incestuous origins. Then comes the wisp of smoke, that’s a wisp from four miles away as you gaze up from the beach. It’s Lauren Bacall inhaling, then holding it and holding it and then breathing every last bit of it into her nostrils. It reaches up slow into your nasal cavity like a stalagmite from Herzog’s cave–or from a Borgesian cave that sprouted itself into a Gaudi cathedral.

[Bill: No one ever suspects the Spanish Cathedral!]

The mouth is an explosion of flavor that is best likened to the best orgy one could imagine for oneself. That is, if one is inclined to liken flavors to sex. Running with that theme: There are also notes of an angry prune, pointed in accusation. Erm… I’m not touching that one. Literally. Moving on… In addition, we found hints of rogue arugula growing in a melon patch. Oh Lordy. Gives a whole new meaning to “this stuff just writes itself,” doesn’t it? It’s lush in the same way as we imagine a plant from another planet might be that could immediately find a home in a claret bog. OK, this just needs to stop. Not yet! Gotta to see it through to the finish: It’s crazy seductive, like being Pygmalion, but instead of a sculptor, he was a cooper, and he was more aptly named Callipygian. And he fell in love with the amazing Sherry ba-donk-a-donk he’d created. Aaaaand we’re going to stop there, before this analogizing goes any further into MaltGoneWild territory.

The finish is like the aftertaste of a cigar enjoyed in the ship captain’s private quarters. And he’s into drying every fruit he can get his hands on, and he’s circumnavigated the globe thrice. We also got notes of urethane varnish on the mahogany wheels of the tray used for afternoon tea in the Sultan’s inner chamber, which he calls the Flower Room, because he’s lined the walls of it with hyacinths, smoked nasturtiums, and rose petals gathered from a cathedral floor after boiling holy water fell on them (from one of the Sultan’s more obscure conquests).

Overall, this is a truly stunning dram. Not for those opposed to peat, but perfect for those about to rock. We salute you, Springtide.

Rating:
On the scale of yearnings for spring–
The Bowmore Springtide is Bill’s feeling bleary this January day in his office, facing a head cold and a frozen New England landscape–It may sound grim, but his yearnings today are choice.
–Stephen

–My thanks to Bill and John for buying me this amazing whisky!