Tasting notes:
Mortlach is a fave.  It’s a Nick Hornby Top-5 distiller if there ever was one.  So the chance to try their 25-year-old expression was not to be missed.  We tried them alongside their Rare Old and 18-year old expressions.  At the risk of slagging the quarter-century prince of this trio, they were all outstanding.  That tends to happen with the very best whiskies.  How can you choose the best one of the bunch?  It’s impossible.

([whispering] Except when it’s not.  I’m typing this under the table while Bill and Stephen debate the merits of the other two.  But make no mistake, this 25-year old sung out to me with a Siren call so persistent I made sure to grab the remainder of our sample bottle.  No pussyfooting here.  Oh, wait!  I think they’ve noticed it’s missing!)

The nose is a pineapple-banana custard served in an ostrich eggshell bowl to the acclaim of the members of the Indianapolis account up here on business.  We’re all at a citrus convention and the delegates have come from all over the United States.  By which I mean mostly Florida and California.  The South Dakota representative was unhappy.  But that’s just why people say of her that she’s all pith and vinegar.

The mouth begins with the frantic effort of a squirrel pilot taxiing his biplane.  The air traffic controller strike is in its second week, and the ground controllers walked off in sympathy yesterday.  So a cadre of sloth scabs are now hastily outfitted with orange vests and propped up as ramp agents with signal flags.   It is not going well and the squirrel pilot is frustrated.  The sloth is moving sooooo  slooooowly.  And his narrow shoulders mean that his over-sized vest reads “RAMP AGE.”  And that, the squirrel thinks to himself, is exactly what is going to happen soon if the sloth doesn’t direct him to the takeoff runway.  All of this is to say that the mouth of this dram is both tightly wound and relaxed, placid and urgent.

The finish is what the aftermath of Disco Demolition Night should have been: long-lasting, pleasant, with a bonhomie that stretches like a parade banner across the width of the street.  There are caramel undernotes that form a human pyramid for lemon, lime, and orange.  This is a true nectar that would cause hummingbirds to rethink their migratory patterns.  Apricot juice reduced to a syrup and used for a scalp massage.  Or a distilled even further to make a gentle paste for gluing the endpapers and frontispieces in a rare book room.  You should just smell the Beinecke holding of Flaubert’s Salammbo!

In closing, this is a special and memorable whisky.  Accordingly, I have placed what remains of my sample bottle in my go bag.  Enclosed in bubble wrap and a foot-and-a-half length of duct tape, it is there with the silver dollars, pliers, and water purification tablets.  Should the whole world turn upside down, I shall have this to set things right. 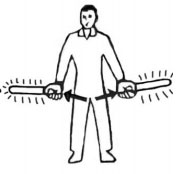 It is, in other words, the anticipation of freedom, the last obstacle removed, the promise of independence.

—Our thanks to Georgie Bell and Mortlach for the sample!