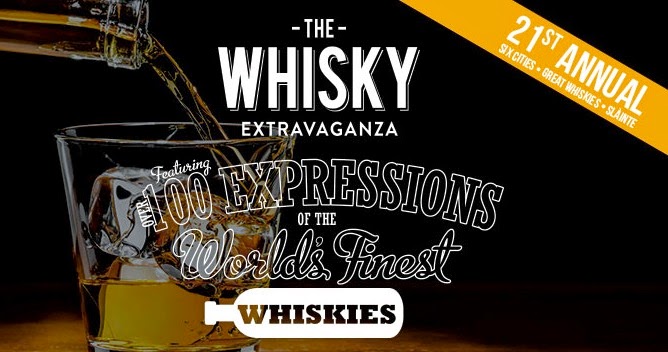 The 2014 edition of The Boston Whisky Extravaganza was, as always, an adventure akin to a trio of ferrets rooting around in a cornucopia the size of a warehouse, stuffed with the finest of viands, the rarest of delicacies. In other words, we probably shouldn’t be allowed there, but we root and tunnel around, consuming glaore, somehow managing to disarm people’s natural reaction to call an exterminator when they see. Well, when they see John and me, anyways. 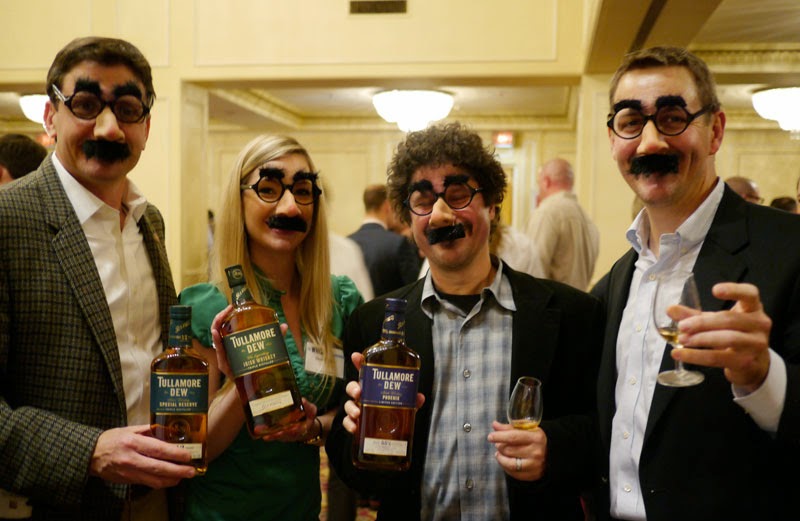 This year saw a few changes, all of them welcome. First, the large tables in the center of the room were greatly reduced in number, which allowed a greater freedom of rootling and footling about. The food, too, was different: No carving stations, but instead, better salad and antipasto choices that included all-we-could-eat bacon and prosciutto. (Note to organizers: We could—and did—eat a lot of bacon and prosciutto.) There were also gourmet pizzas, and… [What’s that? Write about the whisky? Oh, sorry.] 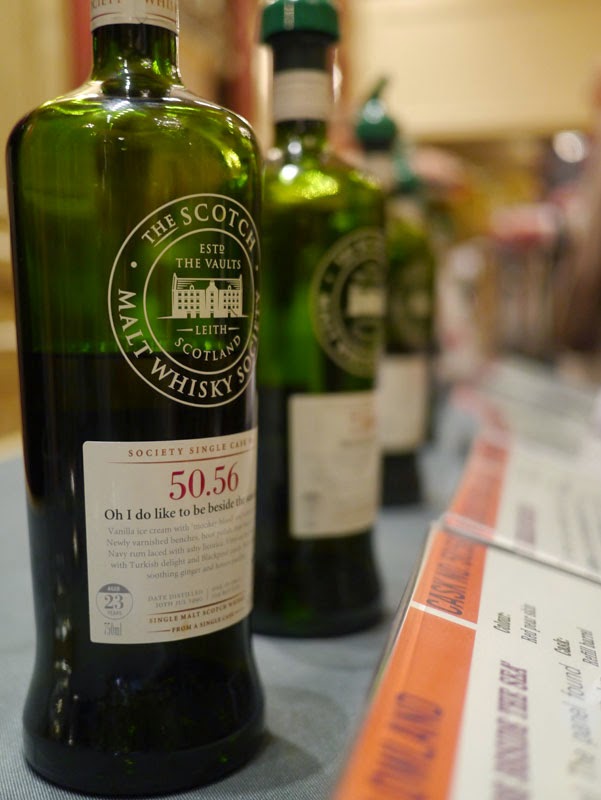 It was great to see the Shaynes, though we missed Gabby, and to meet Gemma Cole from Tullamore D. E. W., which I believe stands for Delightful Extravaganza Whiskies (that’s her in the pic above). Also, all of us having long been Laphroaig lovers, we leapt at the rare chance to meet and chat with John Campbell (see pic below), the Master Distiller from Laphroaig and star of the Evil Dead movies!  [What’s that? It was Bruce Campbell who starred in the Evil Dead movies? Oh, my bad.]
As always, there were so many sterling whiskies to try that it would have been the work of many nights to try them all. The standouts for us were the Kininvie 23, the Girvan 25 and 30 year old grain whiskies, the Highland Park SMWSA offering of which Julio’s bought the entire allotment, and the wonderful line of First Editions Whiskies poured by the knowledgeable, self-confessed spirits geek, Jillian Boone. We also sampled the 13 and 23 year old Craigellachies, which were terrific, and then settled into the Classic Casks. After exulting in their offerings, culminating in a glass of their remarkably delicate and flavorful 40 year old blend, we moved on to SMWS line, which was, as always, spectacular. We capped the evening with an unexpected pair of jewels, veritable vintage diamond earrings of blended whiskies. Joe Hyman, with Skinner auctioneers, was pouring from a Chivas Regal bottled in the 1950s, and another bottled in the 1960s. It was astonishing to see how the times which were a-changing changed also what the master blenders were accomplishing. It was like stepping back through a time portal to other eras and marvelling at the radical differences. 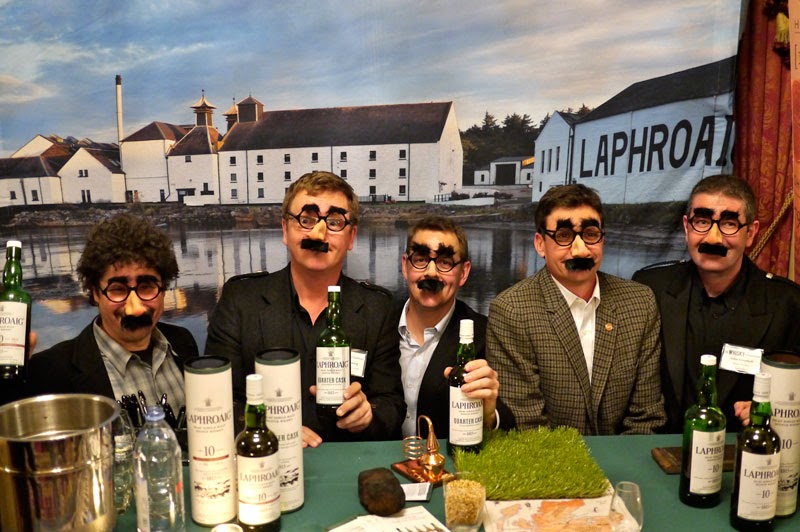 All told, there were about 110 whiskies to try. Assuming I had 25 nips on the night, combinatorial theory says that there were about 3.6 septillion distinct sets of 25 I could have tried. It’s hard for me to imagine a more perfect set of nips than I had, and I assume everyone there felt the same about their choices. Yum, yum, yum.