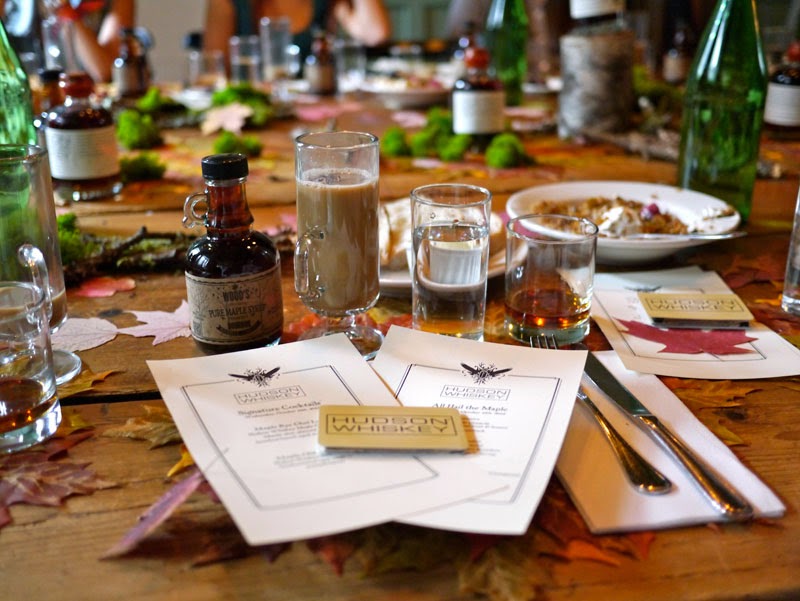 Last Wednesday, Hudson held a killer brunch for journalists, bartenders, and other whiskey luminaries at Freemans Restaurant in the Lower East Side of New York City. How we ended up getting invited to it, I’m not sure. But it’s no coincidence that we embrace our Impostordom, so I did what I could to make sure I could represent the site there. 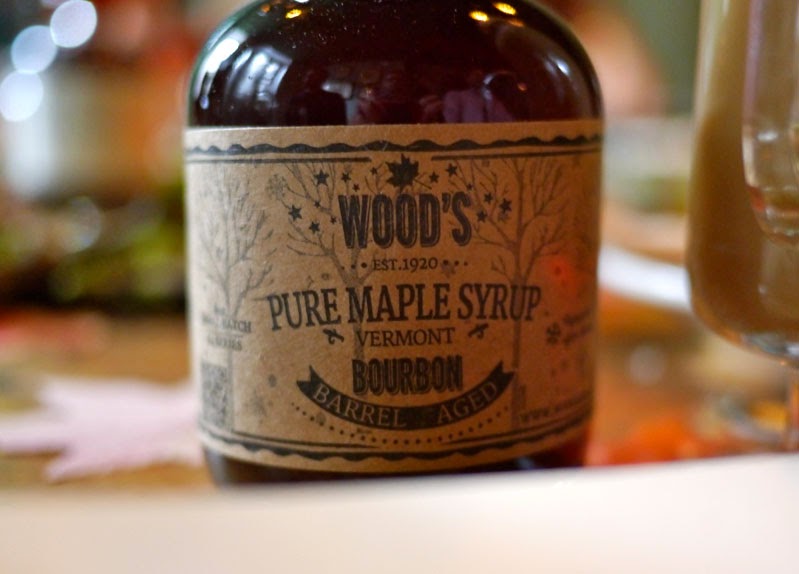 The huge table in the private room featured beautiful fall-themed decor, and the food was excellent, punctuated by a boozy chai, a Hudson Maple Cask Rye straight up, and an excellent Old Fashioned made with, you guessed it, Hudson Maple Cask Rye. The pancakes and the bacon were the stars of the show, in this reviewer’s humble opinion, mostly because they were vehicles for the Wood’s Bourbon Barrel Aged Vermont Pure Maple Syrup. Part of an inestimably virtuous circle, the Wood’s maple syrup is aged in Hudson Bourbon barrels, then after it’s aged, Hudson takes the maple-soaked barrels back and ages their rye whiskey in it to get the Hudson Maple Cask Rye. It takes the clever re-use of barrels to a whole new level. 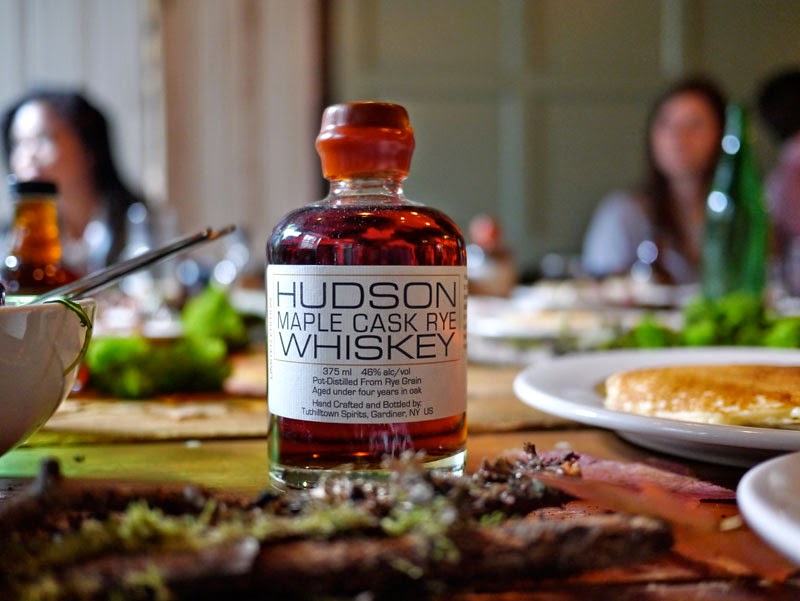 As I channeled my inner grad student and ate most everything that was put before me, some guy impressed with his own importance asked question after question of Gable Erenzo and new Hudson Brand Ambassador Han Shan and really left little room for others to ask any. But Gable and Han fielded the questions with grace and aplomb, and the food was excellent, as were the alcoholic accompaniments, so it was all good.

We’ve known Gable for many years, so the ease and charm with which he helped preside over the brunch came as little surprise to me. But this was my first time meeting Han, and I left feeling that Hudson would have been hard pressed to come up with a better person to succeed Gable as Hudson Brand Ambassador. So if you get a chance to attend a Hudson event and meet Han, you’re well advised to jump on it. In the meantime, if you’re interested in learning a little more about the man, keep an eye out for our upcoming interview with Han and Gable.

And stay tuned for our review of the Hudson Maple Cask Rye Whiskey in the coming days.

Finally, our thanks to Danielle Katz and Exposure for a great event. 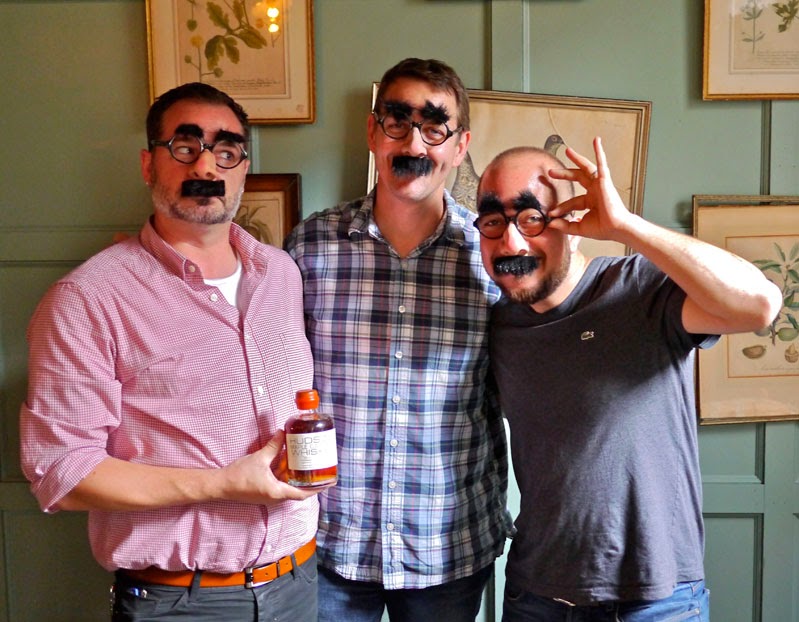