The Boston launch event of the 2014 WhistlePig Boss Hog limited edition, this one dubbed “The Spirit of Mortimer,” occurred last week in the back/side room of Carrie Nation, and we were lucky enough to attend. Let me begin by saying that Carrie Nation is a cool venue.  I would love for my basement to look more like their upstairs room. Stephen says he would love for his junk room to look more like the back/side room where the launch took place.
The bartenders were pleased to pour any drink you requested and not just one of the three featured drinks they had offered.  (Smashed Pig, Old Fashioned, and what was the last one?)  I asked the bartender to make a recommendation of a cocktail, gesturing at the list, and he offered up a Manhattan.  I said yes because this was my mother’s drink.  He made a delicious version and for the next 45 min. I had a champagne coupe in my hand to signal to all the cocktail hounds that I was a drink-outside-the-box kind of imbiber. 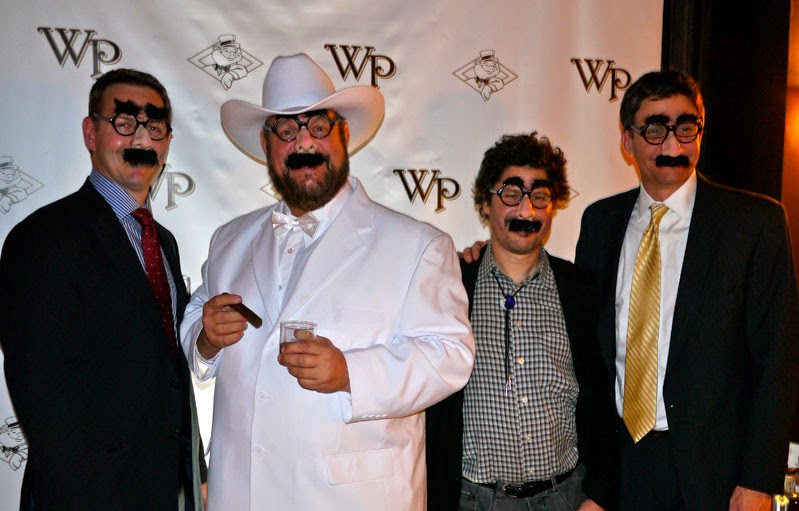 We were photographed upon entry into the room.  That’s not the first time, and I was waiting for them to fingerprint me and place my watch and other effects into a plastic baggie.  But they only wanted the photograph.  Odd.  Very quickly we met David Pickerell and what a pleasure that was.  He remembered us from last time, chatted with us in an unhurried way, and shared stories of his time in Alabama as a child visiting his uncle.  Stephen started to tell him about his time in Mississippi as the youngest professional chitlins taster in his grandparents’ county, but another luminary cut in to say hello and cut our conversation short. 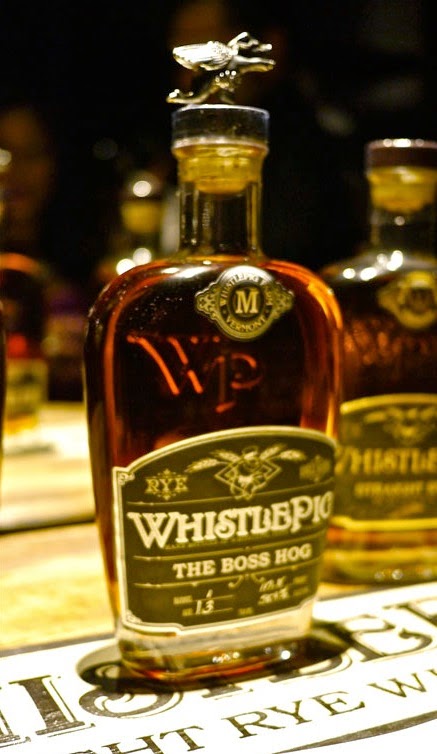 In time the venue filled up.  It was a young crowd, or at least enough.  [Stephen: Young enough for what?!? No wait, please don’t answer that. I don’t want to know.]  We met Gregory Gatti, WhistlePig Steward of the Brand, Massachussets, who was very nice and made sure everyone was okay.  Stephen and Bill reminisced with with Ben Silton, WhistlePig Steward of the Brand (simpliciter, apparently), whom they’d met at last year’s launch. We also caught up with old friend and fellow blogger, Bozzy (of tire-bouchon fame), and traded accounts of our notable whiskies we had sampled.  Later, Stephen was pleased to chat briefly with WhistlePig founder Raj Bhakta.  More details on what he discussed with Mr. Bhakta, and what will come of it, to come soon. 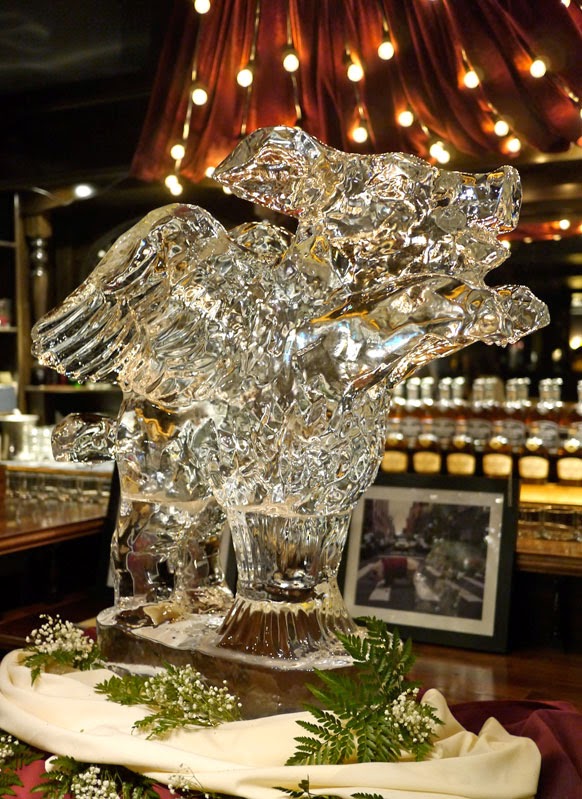 The food was delicious: veggie and fruit platters, wonderful pulled pork sliders, and crispy spring rolls.  And the servers were gracious and delighted to bring drink orders.  Centered in front of the bar was a huge ice sculpture of a winged pig, which we learned later was supposed to represent the now dead but angelic porcine friend of WhistlePig.  The eponymous pig dripped seductively throughout the event, once tempting Stephen to hold his drink under the melting tail in order to add water to his drink. Why he didn’t choose the snout, I have no idea.
Later in the evening, tastes of the 2014 Boss Hog went around in branded glassware.  The venue, the winged ice pig, the glassware, and the aforementioned celebrity distiller/consultant dressed like a fictional county commissioner known for his gluttony and corruption provided an admirable set up for our introduction to the new Boss Hog expression.  The three of us were quite taken with the event and all of its accoutrements–so taken, in fact, that for the evening we all stopped wondering why this brand named after a groundhog would have all of its materials feature pigs. 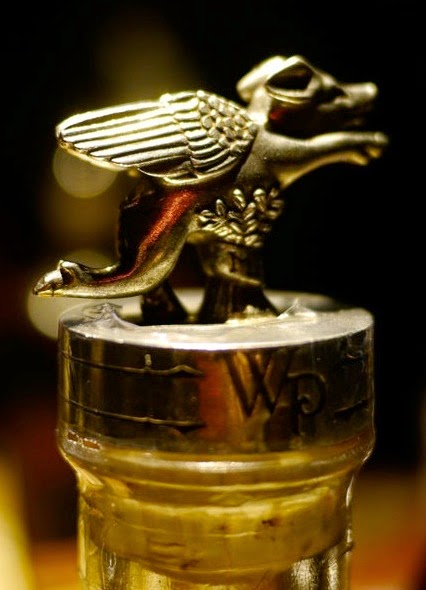 To be sure, it is the best rye I’ve ever had, and pushes the possibilities for that grain into Elysian fields of suprasensory delights.  It is one of the whiskeys that moves goalposts (and videotapes doing so from the sideline with impunity).  Bill says the 2013 Boss Hog is still in contention for the best rye he’s ever had, as he’d have to try them side by side to decide between them.  On this issue, Stephen was silent, which is to say, he was off scouring the rest of the bar for sips of the 2014 Boss Hog others might have left behind.