[We do not normally review cognac, but when we received this vial from Wealth Solutions alongside the vial for the Gordon & MacPhail 1948 Glen Grant 66 Year Old, we decided we needed to review it. Oh, and the fact that the grapes involved here are crazy old didn’t hurt, either.] 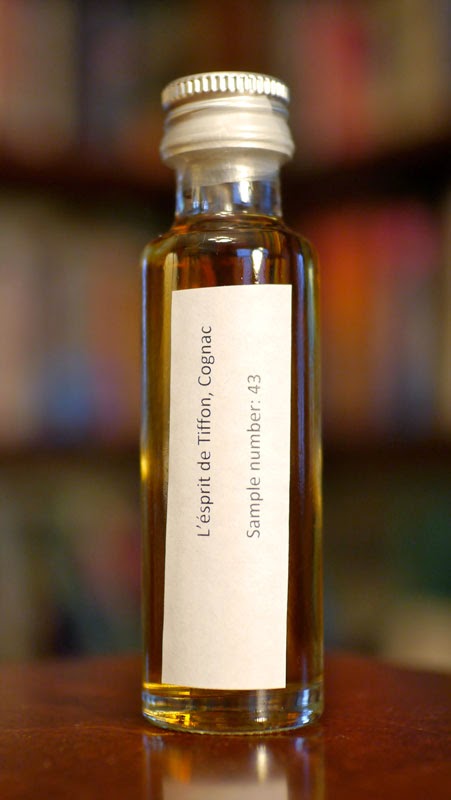 This all takes place, in a sense, outside our normal spacetime continuum. The offering was sold out before being made available to the general public, and short of an inconceivable auction or the unimaginable good fortune of being a Very, Very, Special Friend to one of the Few Purchasers, we live outside the light-cone emanation L’esprit de Tiffon makes in the cognac field. The “milliliter-second” is not a commonly used unit in the study of Physics. How could it be? I just invented it, and I’m not a physicist. There are, among many other units, meters-per-second, foot-pounds (which are joules), and joules-per-mole—which obviously should be joules-per-ferret, but I digress. The milliliter-second is appropriate for a drink like this, because it reintroduces L’esprit de Tiffon into the spacetime continuum via a portal in the cognactime spectrum. In spacetime, L’esprit de Tiffon is made from pre-phylloxera grapes; for those of you not up on your wine history, phylloxera spread throughout France, beginning in 1863, wiping out much viticulture before remaining grape vines were grafted on resistant—if barbaric—American roots. (It’d be ironic if it weren’t nearly tragic.) These grapes, in the cognacspectrum, were harvested from from 1805 to 1860. Between 150 and 210 years old: Outside spacetime. The ml-sec is my personal consumption unit for this inestimable drink. So far, and I’ve been thinking and typing for quite a while, much like the House of Tiffon vis-à-vis this spirit, my consumption rate is 0 ml-sec.
Two brief notes before the review. First, as the cognac aficionado of the three of us, I nearly managed to make off with the entire glass vial. Damn John for reading the fine print and learning the details of the sample we were sent! Second, I had to decide what vessel to drink the cognac from. A Tang Dynasty golden chalice? A Fabergé rock crystal goblet carved by renowned workmaster Michael Perchin? The cracked-by-my-dishwasher cognac snifter I’ve used since 1982? Ultimately, I decided that I’d just mainline it from the 30 ml-sec container that it came to us in.

Tasting notes:
The nose of L’esprit de Tiffon is beyond the feverish and maniacal conceptions of Walt Disney’s crew of animators for Fantasia. Beyond Tex Avery. Apple blossoms sanctified by kisses from adorable children who always wash behind their ears, raw sugar plum faeries dancing to Debussy, militarized Free French Raisins—dried in Morocco, resistant to all forms of oppression. Rich butter caramel fudge: the smell of victory over Spain, Italy, and Prussia. A grasshopper chirruping in dried herbal leaves in a sandalwood cage festooned with candied clove lanterns. Crème brûlée paratroopers storming the beaches of Rio de Janeiro, intent on liberating Carnaval revelers from ennui and angst. Or caramelizing them.
The mouth—I don’t want to drink my last few milliliters! I want it to stay here, untouched by time, forever scenting the room, calling back to my ancestors, relaying dim but unmistakable echoes of lost time to the undefinable future. But duty calls: A whooooooosh, a buzzzzzzzz, a Champagne flute playing Prélude à l’après-midi d’un faune, a cedar drillbit boring into the Koh-i-Noor diamond, a surge of, uh, amazing cognac taste.

[John: Stephen, is Bill saying that cognac tastes like cognac?] 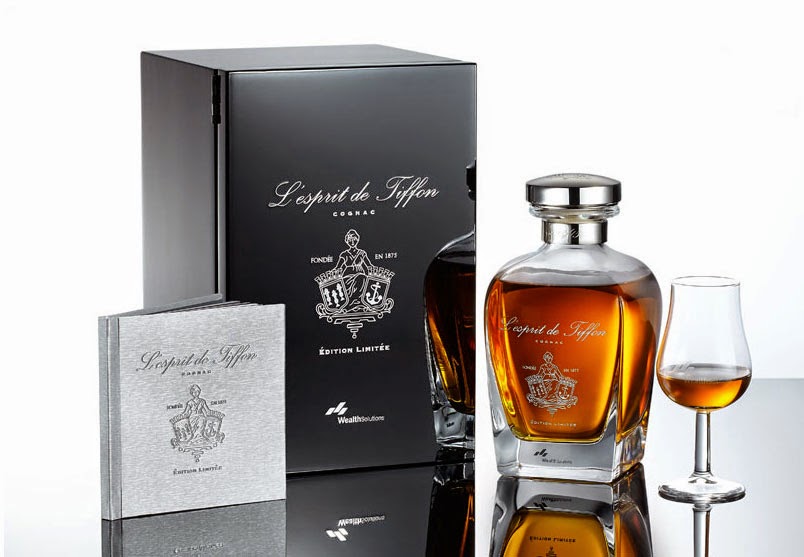 Impressions of the second, and last, sip are: distilled cinnamon bark that was purified and purged before being rolled into a stick, the exultation of landing the starring role in a Quentin Tarantino movie, and a wisp of aged but unfermented winesap apple cider like the last vestige of a dream that lasted an entire lifetime before sunlight woke you.
The finish is expanding ghost oranges and hologram peaches eaten by a hungry soldier in Shiloh. There’s a continued dialogue between the spectral fruits, ever more heatedly engaging, the whole way down my gullet. C’est extraordinaire! C’est formidable! C’est à la fois une machine de temps pour le passé et l’avenir! C’est l’usage et l’abus de Google Translate!
Before the rating, imagine all the occasions this cognac may plausibly have been drunk to celebrate or mourn milestones in French history. The conquest of Europe by Napoleon, Waterloo, the restoration of the House of Bourbon, the Orleans monarchy, the birth of Impressionism, the premiere of Le Sacre du Printemps, the conclusion of the Great War, the eviction of the Germans from Paris in 1944, the bestowing of the Légion d’Honneur on Jerry Lewis…the mind boggles while considering that the private reserve of the House of Tiffon remained undrunk…until now!

–On the scale of time machines available to humanity–
The L’esprit de Tiffon is The Book–A book is a bridge from the author’s mind to yours. It is a distillation of the author’s thoughts, the author’s passions made incarnate through our imaginations, immortal ideas captured in crystal, a mirror to see one’s self, a flame to ignite our sensibilities, and a portal from our time to the author’s. Notwithstanding the internet, it is humanity’s greatest achievement; the locale of our greatest works, the bedrock of our civilizations, and the hope of our future. If only the L’esprit de Tiffon existed in time, if only I could make manifest a bottle: What a book I would write for future posterity!

–Our thanks to Piotr Suchodolski and Wealth Solutions for the sample!