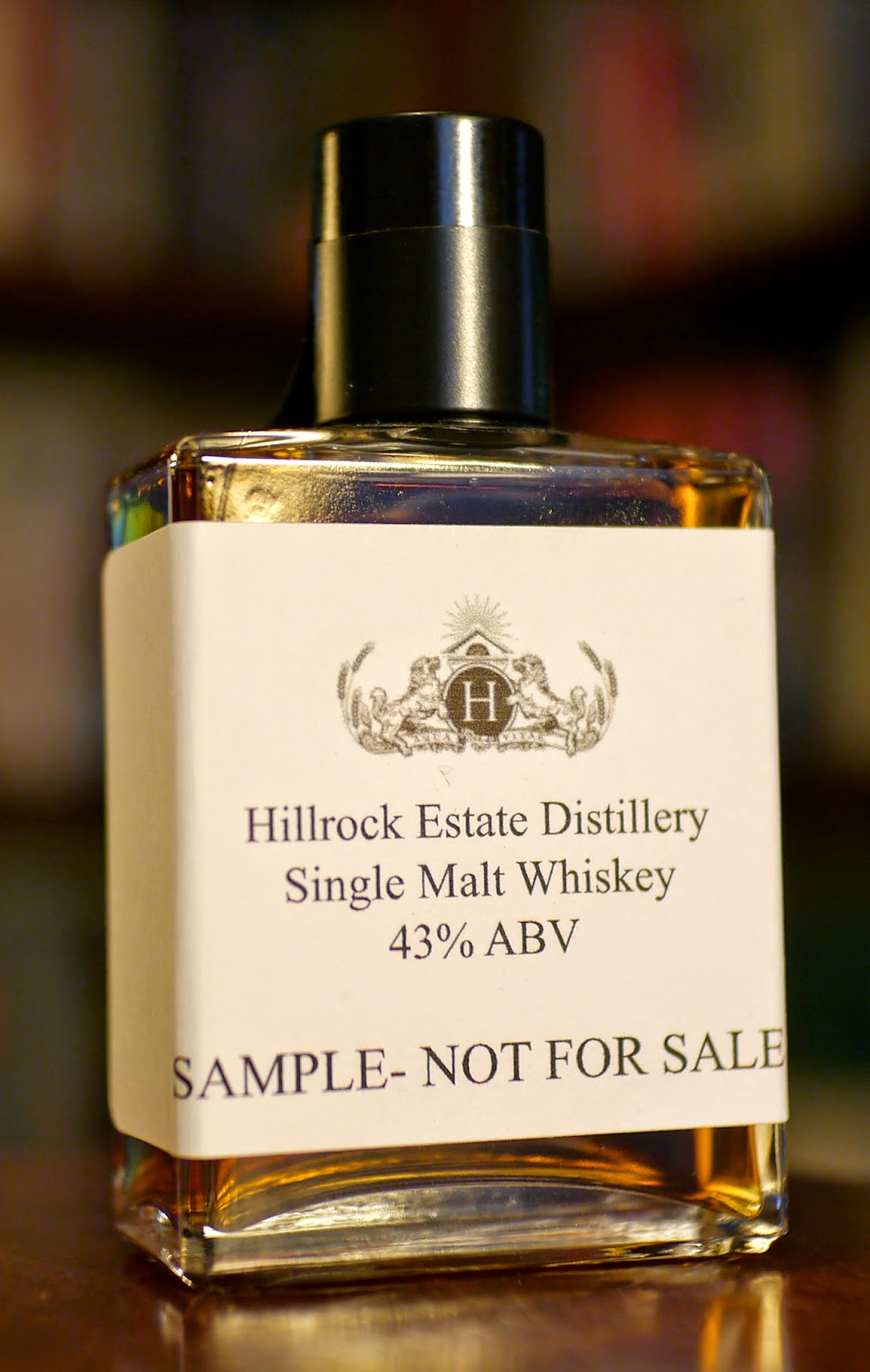 Tasting notes:
The Hillrock Estate Single Malt Whiskey opens with a crazy floral nose, like being suspended upside down from a trapeze, while blindfolded, in a hothouse terrarium while a laser show is projected on the glass ceiling. There’s also a note of menorah, old, brassy, and waxy that gives way to cinnamon-flavored peppermint sticks stuck in flan. (Stephen noted that those are nothing like peppermint-flavored cinnamon sticks stuck in flan. To settle the issue, John found an appropriate Platonic dialogue for which the passage in question didn’t rely on the craft analogy.)
The mouth also is fragrant, as if the essence of the whiskey were being absorbed upwards through the sinal passages or from an uvular nostril. (The Malt Impostor Vodka Junket to Chernobyl succumbed to the Law of Unintended Consequences.) After the pretty note comes the grace note, like the barrel had been lacquered on the inside, varnished with vanilla resin, which left a lingering impression of cream-mellowed chai on the palate.
The finish was long. Long, long, long: redolent with cherries and lemur-plucked Madagascar vanilla beans stored in butterscotch mason jars. Peppermint barges in without an invitation, but is asked to stay, and then slowly fades, fading as slowly as a sloth crosses a road, yet as frisky as a bear cub playing with a golf flag. (Yes, dear reader, it’s a slothful yet frisky week here at Malt Impostor Command Headquarters, as we use cute animal videos to sell our reviews.)

–On the scale of of things that go great with pork ribs (which this would!)–
The Hillrock Estate Single Malt Whiskey is Memphis barbecue sauce–It’s 1/2 sweet, 1/2 smokey, 1/2 mysterious, and 1/2 parmesan-cheese-crisps-transmuted-into-an-umami-whirligig. All it needs is a long slow simmering for the magic to take place.