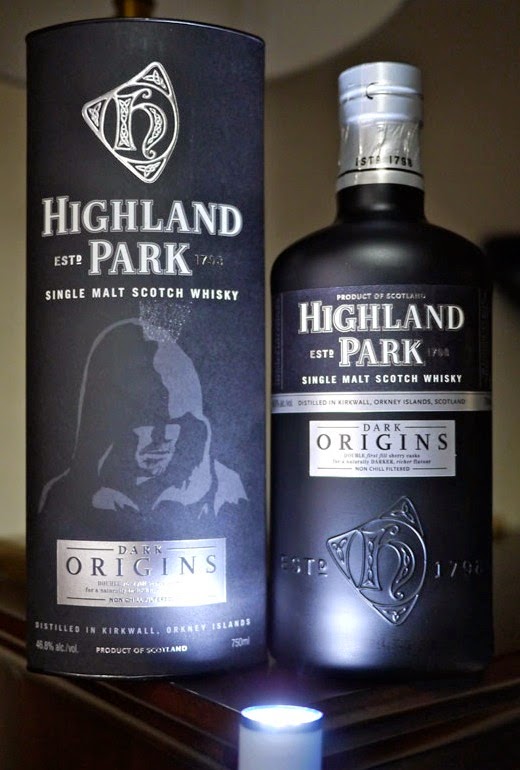 Tasting notes:
The bottle glass is black, effectively cloaking the whisky. I’d like to believe it’s that way so you can give a friend—but not a close friend—a bottle with at least 50ml poured out, hoping the deficit won’t be noticed. As such, we paid careful attention to the color in the glass, a thing that we sometimes remark and often overlook. I thought it was antiqued amber set on copper-saturated sand dune at sunset. Poetic, right?
The nose is truly off at the end of the Highland Park spectrum. It’s uninviting at first, like being a novice monk trying to throw a rave at the monastery and having the Abbott look at you in way that curdles your cheese. (Maybe you shouldn’t have invited him?) You pray, then go get therapy when it’s clear that no one is listening to your beseeching whinges. You come back, and find an abalone wet suit at the gate of the monastery—a miracle?—then find the former wearer wrapped up in your best merino cowl in your cell, outfasting you. There’s soused peat in the corner; too drunk to remember to catch fire, so it’s a funky earthy chthonic smell, fortunately invoking neither Asmodeus nor Cthulhu. Light comes to your cell in the miraculous form of glowing godly oranges surfacing out the floor; really, though, it’s just the surface, pre-zesting that emerges. The barely detectable traces of pawprints from the Sacristan’s gunsteel cat chasing a moth through your cell. Carved roods and the charcoal edge of stenciled vows on the walls. The nose opens as slowly and unmistakably as your cell door as you ponder running away to the circus.
The mouth is as unexpected as that last step can be, sending you nearly flying, save for your well-timed wholly instinctive wild arm-flapping. It’s like hearing the entire spectrum of AM talk radio at once, tempered by the low frequency sonorous calls of blue whales. HP-osity explodes like a Mount Etna lava lamp at the rave you couldn’t hold nor go to: It’s really dry, salty, with low cream and sherry bass notes, as if Frankie Valli no longer sang like a castrato, but rather like a basso profundo. It owns your tastebuds like the communally owned property in the monastery. Not only is your mouth no longer your own, you’re not sure that it’s holy, either. It’s pepper and coriander genuflecting to Cherry red sumac.
The finish comes on late and strong, like the finishing kick of the pre-broken-wristed Manx Missle, Mark Cavendish, blowing past the opposition for stage wins at the Tour de France. You bring him, as a mark of respect, Anadama bread you baked earlier with the prior.
Adding water invokes scourging peat, like a parade of Hogwarts Professors of the Dark Arts conjuring various minor demons, and yet—and yet: it smooths out, leading the Abbott to say that the rave is on and the nuns need be invited. Nothing is real; everything is permitted!

–On the scale of Disneyland amusements–
The Highland Park Dark Origins is Mr. Toad’s Wild Ride–It’s crazy, you surge with a rush of adrenaline, you fear for your life (on a little kid’s ride) and it take you to the dark places in your psyche—and you’re glad of the trip, when it’s over. You don’t hesitate, either: You get right back in line, because now you need more.