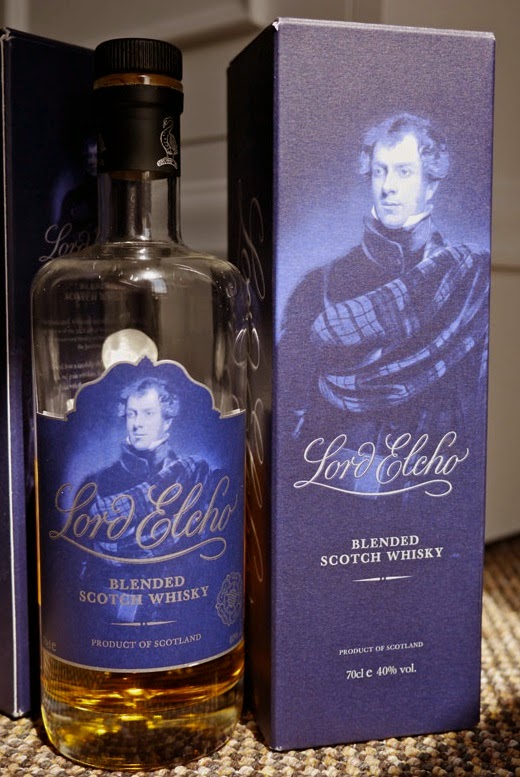 Tasting notes:
The first whiff of this blend yields notes of furniture polish that drift away, leaving you with notes of just furniture. What kind of furniture, you ask? Just furniture. By that, I have in mind something like the mean of all furniture, with new pieces that need to “off-gas” a bit [Bill: I know that feeling…] at one end of the spectrum, musty antiques on the other, with everything in between.  There are also notes of clove, nutmeg and mace, but definitely not morning star. It’s earthy, but sweet and tart at the same time, too: a grapefruit rind lollipop that a toddler has just dropped onto the ground upon sighting a guy in a Barney suit at the corner of the playground. It also offers notes of sour apples made into a tartine, but only if this Tartine is a character in Proust’s A la recherche du temps perdu, and one who relishes playing the role of Croissant’s beard.
On the mouth, it’s rather powerful and concentrated, with a touch of peat and a lot of spice. Quickly, it turns to Anise, Tartine’s childhood friend. Juniper is there, too (she was always mean to Tartine as she was growing up–and tended to shed her jumper too quickly, punnily enough), along with Lemon, her acerbic little sister. Despite the history between them, their getting together is just lovely–really nice for all involved, especially those of us who just sit back and drink it in.
The mouth moves seamlessly into a make-your-mouth-happy spicy finish. the mouth is marked by an oiliness that coats the palate and makes the finish into rolling hills of spice without any fire. It was on the finish that we realized that the Lord Elcho would make a wonderful complement to Burmese food, as if we could add Mohinga to the cast of characters. She’s sassy and beautiful, but of course all the other girls hate her.

–On the scale of facts about the real Lord Elcho that make the above references to French literature serendipitously apt–
The Wemyss Lord Elcho Blended Scotch Whisky is the fact that Lord Elcho (David Wemyss) was part of the Jacobite uprising of 1745 with Bonnie Prince Charlie and ended up living out the rest of his days in France (and Switzerland)–Sometimes it works out really well to do one’s research after writing the tasting notes.


–Our thanks to Karen Stewart and Wemyss for the sample!