Tasting notes:
On the nose, it’s cherries ad vodka. Cheerios and vodka–also known as John’s pre-Malt Impostor Breakfast of Champions. Good Bless You, Mr. Rosewater–without the rosewater, but with an ozone-infused flan. Billy Pilgrim juggling a banana, a pineapple, and a mango a little too long.  The Nobel Prize that should’ve been.
The mouth is really nice, like no South of the Border in South Carolina ever is. It’s like running into a waiter in Paris who is friendly to tourists. There’s oil and cream on the mouth, too, but then ignition occurs, and the next thing you know the train bound to North Dakota blows up. (OK, tanker cars blowing up isn’t really funny, but they seem to do that a lot these days.  I mean, what the frack?) The heat that explodes as the mouth ends and the finish begins is intense and awesome, not unlike the feeling in your cheeks after realizing your fly was open the whole time you were chatting with an unbelievably gorgeous woman. 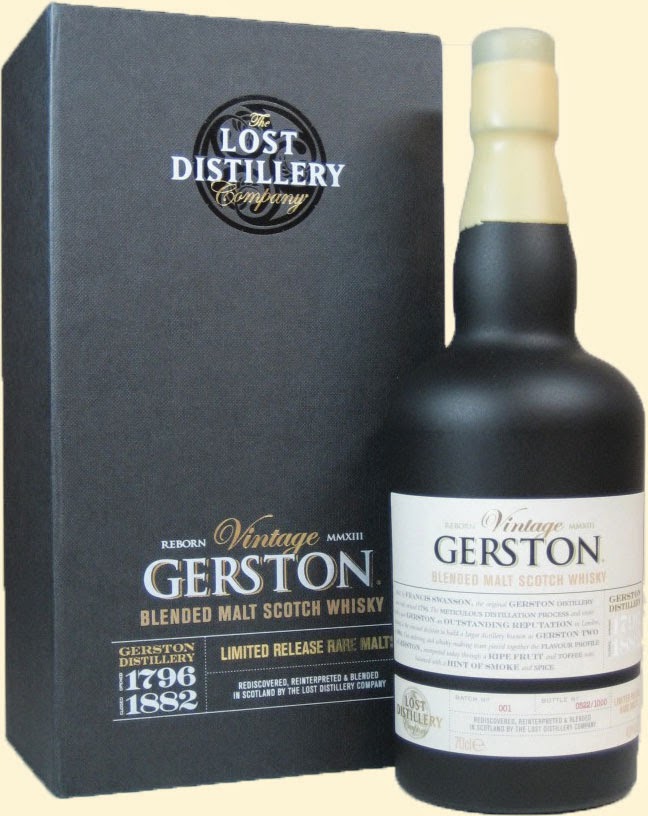 As the heat of the mouth dissipates, the finish is long and satisfying, like eating truffle oil tater tots right out of the oven, only they were made with heirloom potatoes cultivated by heirs putting on airs. There’s also a smoky overnote and undernote that conspire to form a vice grip of delight on the palate. Add a little water, and the nose is pineappled pork ribs sizzling in a stone bibimbap bowl. Then there’s Thai curry on the mouth, with eggplant, yellow curry but without the military coup. Water cuts the highs, opens the lows, like Beats by Dr. Dre–or like a one-armed guy at the fat end of a marimba.

Rating:
–On the scale of great Vonnegut novels–
The Lost Distillery Gerston Vintage is Cat’s Cradle–Religion, technology, and the arms race all fall under the satirical ambit of this one, and one could even go so far as to say hell freezes over.  A Vonnegut tour de force.


–Our thanks to Jeffery Karlovitch and the Lost Distillery for the sample!