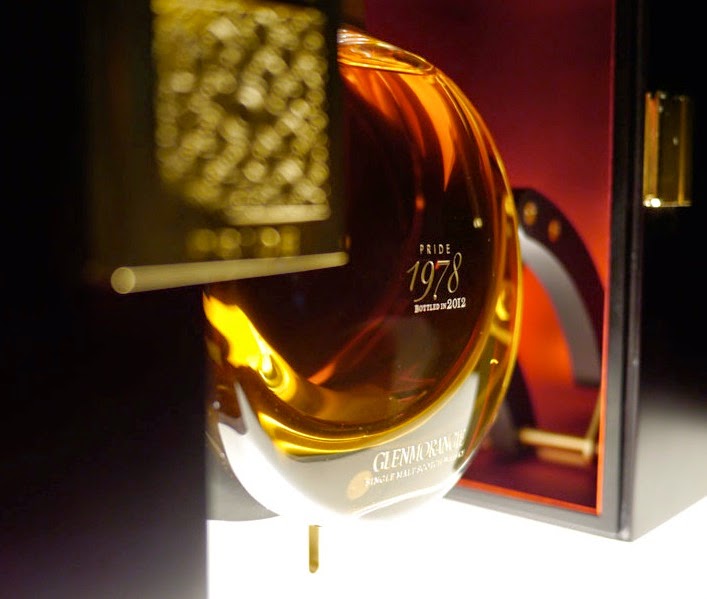 Stephen: Continuing to bring you the best of whisky news, we here at The Malt Impostor are proud to bring you news of the Glenmorangie Pride 1978 launch last night in New York City.  While many whisky luminaries were in attendance, we’re pretty sure we were the only whisky bloggers present.  We’re tempted to think this means we are impostors no more, but we know better.  Nevertheless, we recognize the responsibility this puts on us: I mean, the whisky world needs to know, and it’s on our shoulders now–at least until Mark Gillespie produces his next WhiskyCast.  Still, we beat you to press, Mark! 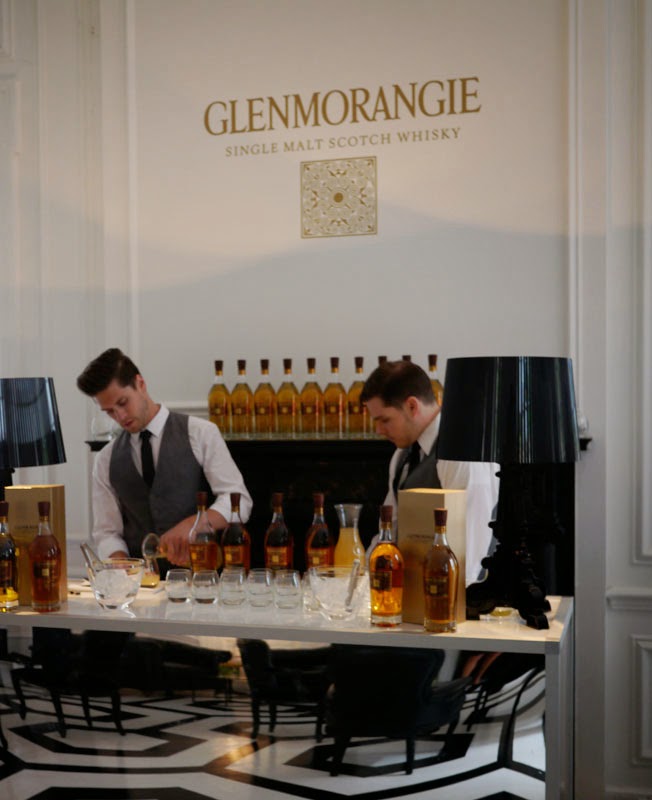 At any rate, last night we were lucky enough to be introduced to the Glenmorangie Pride 1978 expression, a 34 year-old whisky that had undergone 15 years of extra-maturation along the way in casks that had contained “a legendary French Bordeaux Premier Grand Cru Classé wine, which apparently will remain nameless.  The event was held in New York’s Academy Mansion, which was richly appointed with art, beautiful people, food and drink stations, and Glenmorangie logos.  For more on the aesthetic experience of the event, I’ll turn it over to Bill.  I won’t be turning it over to John, I’m sorry to say, because he couldn’t attend the event–again, I’m sorry to say.  John, I will say that your andirons better be spotless next time I come over to your house, though.  But back to the event itself–Bill? 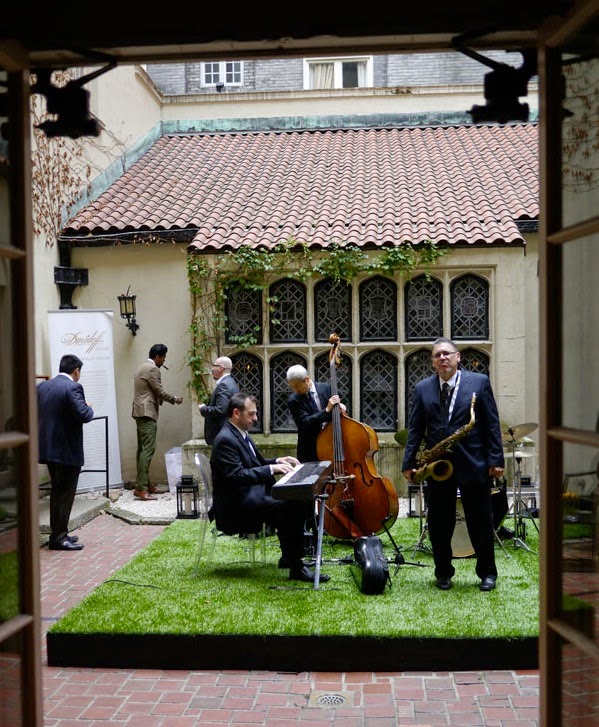 Bill: It was filled with iconic moments for me, Stephen. At one moment I was standing in an open-to-the-sky atrium, surrounded by the enclosing Academy Mansion, smoking a complimentary Davidoff cigar provided to me by Lino, sipping a glass of Glenmorangie 18, listening to an excellent live jazz quartet playing my requested “Autumn Leaves,” watching well-dressed beautiful people wander by, eating pâté foie gras, thinking, “Really, as a set of enwoven experiences, does it get better than this?” I suppose it might have been a bit improved if Dr. Bill Lumsden had strolled by at the moment and told a dirty joke, but… 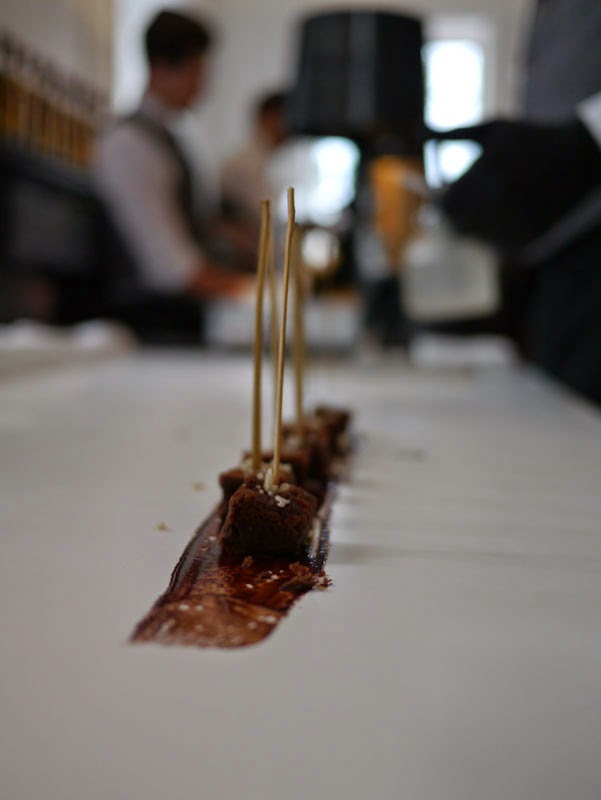 Oh, and I forgot to mention another sequence of remarkableness: Grabbing some steak and brownie tidbits—sequentially, not simultaneously—and ambling through the Idris Kahn art installation on the second floor. Glenmorangie worked with him and turned his creativity loose on the idea of slow-developing spiritually-enveloping unnecessarily well-made drams. His artistic response was multi-layered incredible work of art comprised of thousands of overlaid photos called “Disappearing Casks.” I think “Disappearing Drams” might have been a piece that could have been done for the evening, while for the 700 bottles of Pride 1978, perhaps Idris Kahn has planned “Disappearing Swiss Bank Accounts.”

Stephen:  Thanks, Bill.  After enjoying each of the rooms in Academy Mansion–that, by the way, didn’t feel terribly academic at all, though I am not complaining–it was time for the main event.  Everyone gathered around the Pride 1978, and Dr. Bill Lumsden led us through the tasting.  First, though, I should say that the presentation box and the bottle for the Glenmorangie Pride 1978 is gorgeous and vaguely mechanical.  Well, there’s a big hinge assembly inside the box that present the bottle in between the two sides of the box in a way that made Bill and I talk a lot about how far we thought we could get if one of us just grabbed the bottle and ran out of the mansion.  In other words, it was very attractive.  I was also thinking that the hinges are made from obsidian and 24 karat gold, but I didn’t get verification on that.  And I think they magically fold the bottle when you close the box.  Again, just how it looked to me, but I’m not 100% on that one.
The nose was…what was it you said about the nose, Bill?

Bill: It was hard not to be influenced by my memories of the lovely Pride 1981 and also by Dr. Bill’s discussion of what his expert nose detects. My first unalloyed impression was Paprika—not the spice, although it was spicy! No, the 2006 movie Paprika; more specifically, the crazy parade from it. That is to say, it was amazing, it was overwhelming, it was subtle, it was riotous, and there was a whole lot of there, both there and everywhere else. Given its 15-year maturation in ex-Bordeaux casks, I would have expected a heavy wine overlay, but there was only a delicate hint, like your date had dabbed a bit from her glass behind her ears while you spoke flawless French to the Maître d’Hôtel at “per se” in New York. Honestly, though, I need a full glass or two to savor in the Malt Cave to give a true opinion. Actually, a bottle or two to bask or bathe in over the course of the summer and fall is required. Can you ask David Blackmore to just shoot us a few bottles to review? Thanks, Stephen. I know you’ll never let me down! 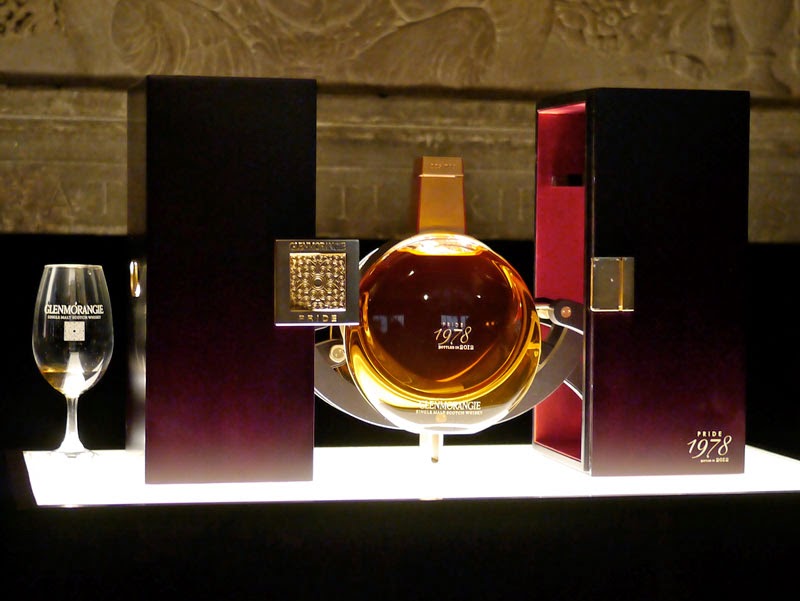 Stephen:  You got it, Bill.  I’ll see what I can do.  Beyond that nose description, though, the liquid itself was lovely, dark, and complex.  Tannins abounded on the palate and finish.  I’d say more, but we’re going to post a full set of tasting notes here on The Malt Impostor site in the not too distant future.  So stayed tuned to this space.  But suffice it to say, it’s a really special whisky, and my initial impression was that I liked it better than the Pride 1981. 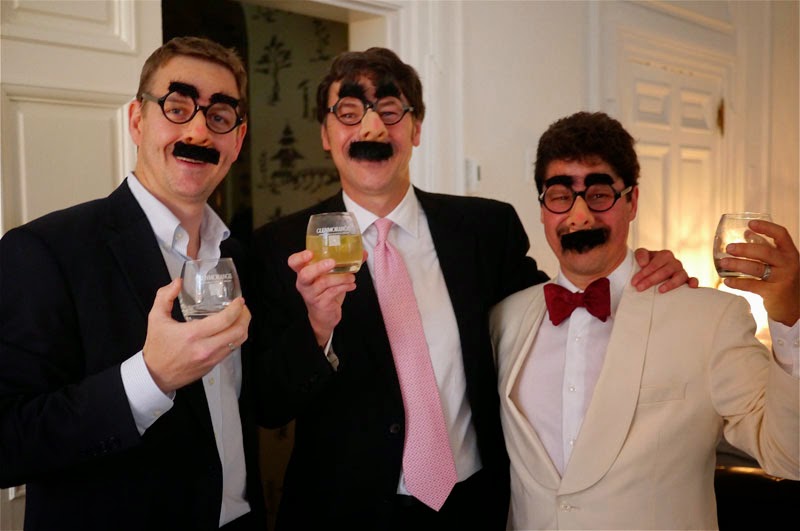 Along the way, we were very pleased to have Dr. Bill Lumsden don the Grouchos with us, especially after the interview we did with him in January.  It was also a great pleasure to meet Maxime Balay, Glenmorangie Brand Director.  And even though we hadn’t conducted an interview with him first, he was a great sport to pose with us in the Grouchos as well.  I like to think that Bill’s white dinner jacket won him over. 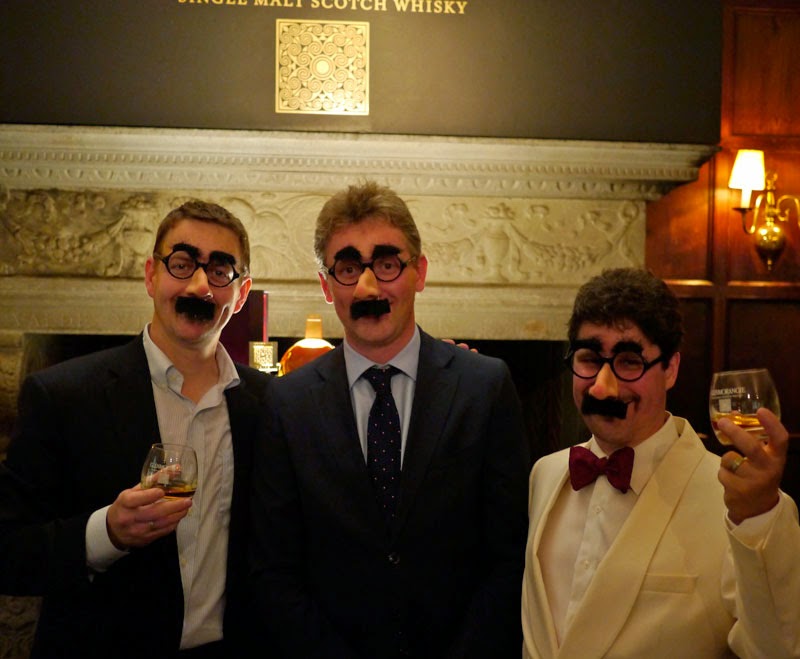 Bill:  Overall, it was a stellar experience with the stars of Glenmorangie and the whisky community. I got a real sense of what happens, both with the magic Dr. Bill brings to deciding what to do with some already amazing whisky, and then how to send it out into the unsuspecting world. We don’t always rate experiences, but I think this event deserves one:

On the scale of storied ship launchings,
The Glenmorangie Pride 1978 event was the beauty of Helen of Troy launching 1000 ships. (I know you were afraid I was going to go with the Titanic’s launching, Stephen.) One ten-year siege, two epic poems, and one giant Trojan Horse. Way to step up your game even further, Glenmorangie!