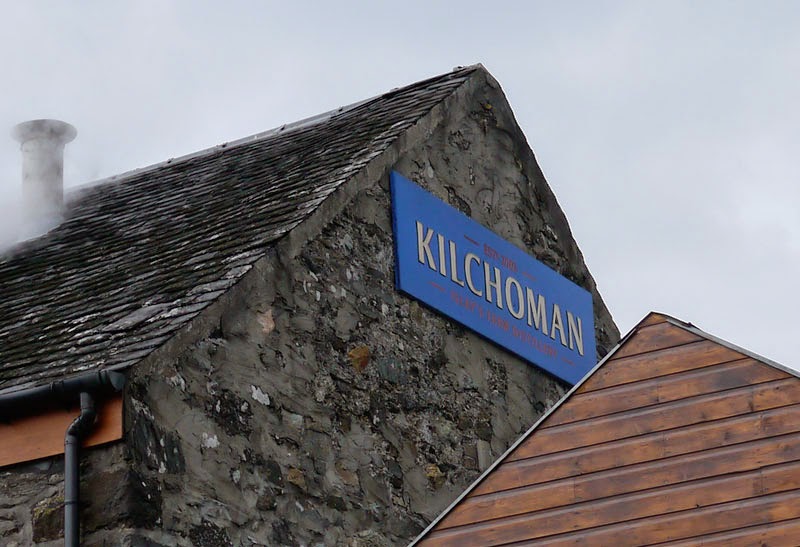 Kilchoman was the one distillery on Islay I had yet to visit when I stepped onto the sweet soil of the island again last month. I would have written that it is the last distillery I had left to visit on Islay, but Gartbreck is on the way, and it’s next. Whether it’ll be the last is also unclear, but that’s a bridge to cross when I’m closer to it. But as it was, I had yet to visit Kilchoman, and truth be told, my visit was long overdue, especially given the number of Kilchoman expressions we have reviewed. 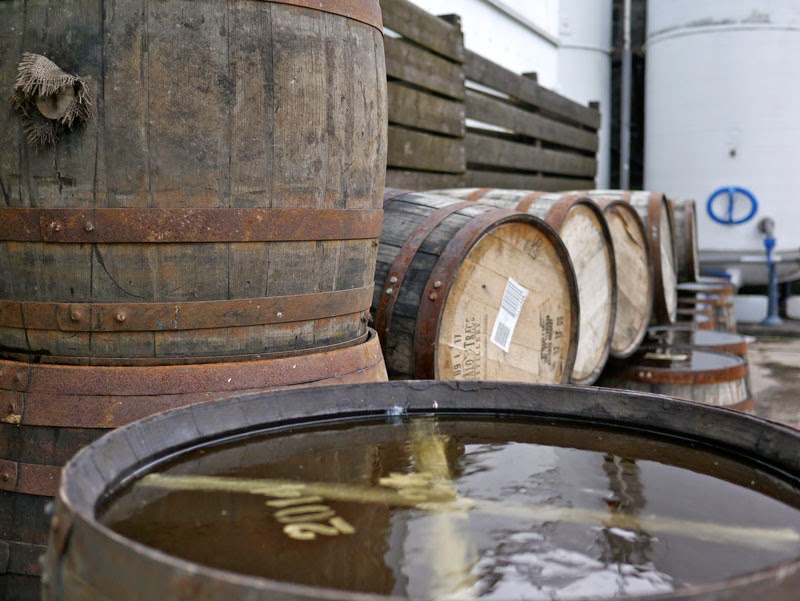 If you drive from Bowmore toward Port Charlotte, the road for Kilchoman is a right turn a little ways past the beaches and before you get to Bruichladdich. The road to Kilchoman is one of those narrow, harrowing ones (for urban and suburban drivers, anyway) that is slightly wider than a large car, with pull-outs here and there on each side to accommodate two-way traffic (allowing one of the two cars to pull off and let the other pass). But the drive is well worth it, not only because of the destination: it’s a scenic drive with gorgeous views to one’s right and straight ahead at times along the way. 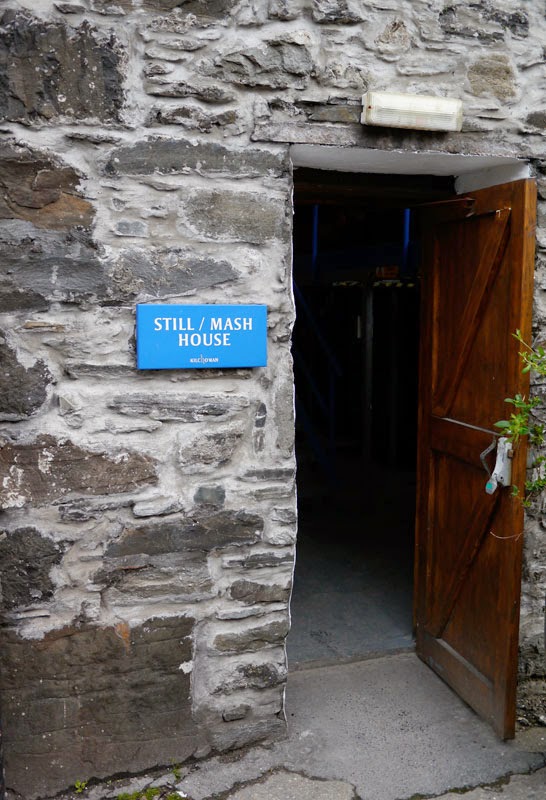 Once you drive onto the Kilchoman property, you notice right away that it is a farm distillery. You pass tractor parts and hay bales and other large farm implements on the way in to park in the back in a space that could have once been used for breaking in horses. Also, there is no big, clear front entrance to the Visitor Centre, as you might expect from a distillery so new: you have to wend your way a bit through a couple of different passageways to get to the door into the Visitors Centre and Cafe. Designing it this way smartly maintains the farm feel to the place for visitors to the distillery.
The Visitors Center is attractive and brimming with Kilchoman’s branding. Through the shop is the Cafe, which serves excellent soups, sandwiches, and paninis. Neither the food nor the atmosphere is as fancy as those of the Ardbeg Café, but several locals had recommended it, and like I said, the food was great and reasonably priced. 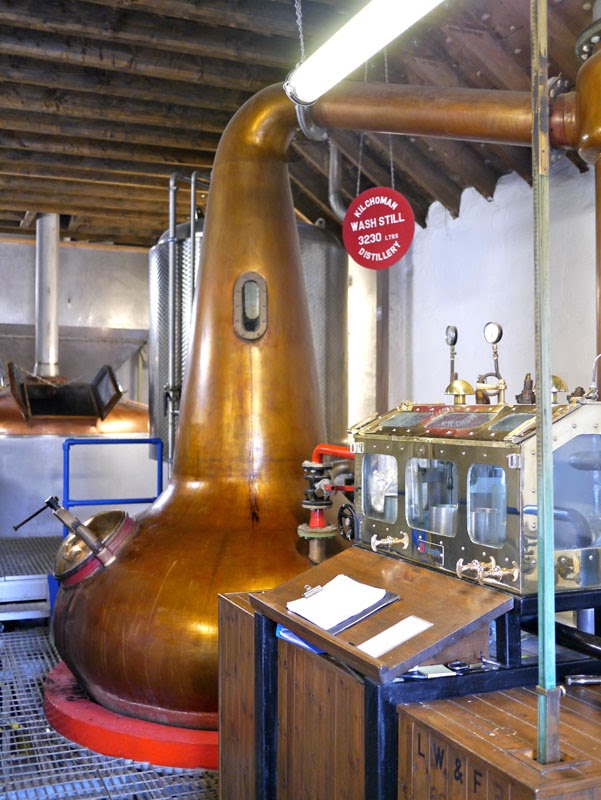 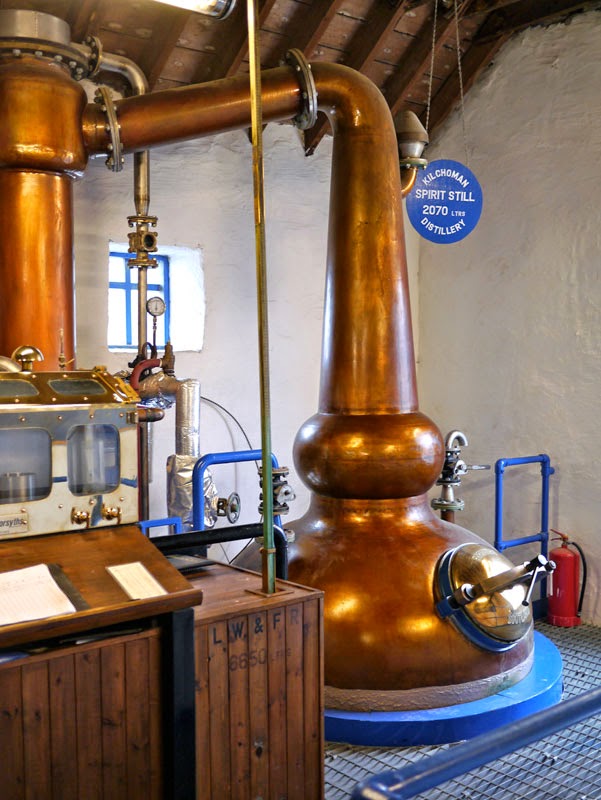 After lunch, Managing Director and Founder Anthony Wills was kind enough to show us around. Unfortunately, the malting floor was empty at the time. Otherwise, I would have a picture here of one of the seven Scotch whisky distilleries that does floor malting (the others being Balvenie, Bowmore, Laphroaig, Highland Park, Springbank, and most recently Benriach has revived theirs). Interestingly, though, Kilchoman does not only malt around 20% of its own barley on-site, it grows around 20% of its own barley on-site. 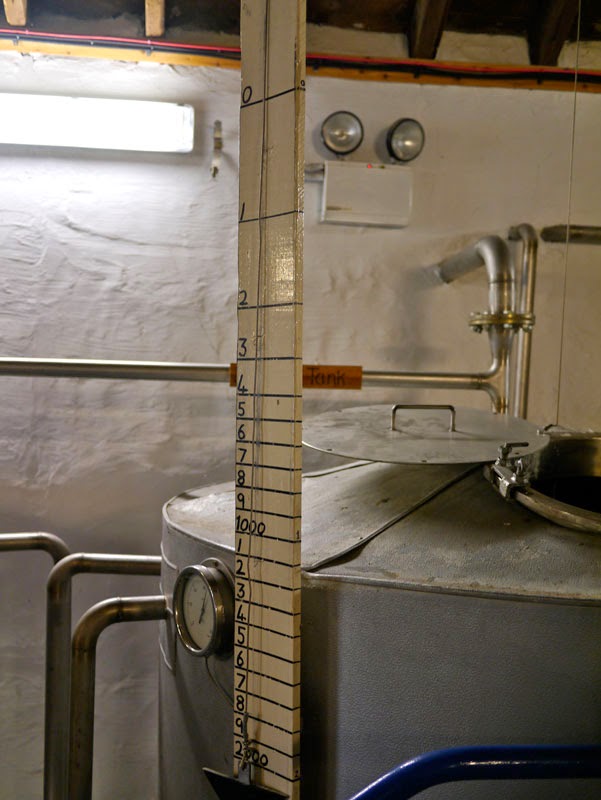 But Kilchoman’s focus on trying to “take whisky back to its roots” in farm-based distilling goes beyond growing their own barley.  Many of the features of the process that other distilleries now control electronically or have automated Kilchoman decided to do with people and the old school mechanical controls (see the level measure mechanism in the picture to the right). Kilchoman also bottles and packages everything they produce on-site. Finally, there does not seem to be any interest in expanding their production too much beyond the 160,000 litres per year that they produce currently (though they are adding a washback in the near future). After all, ramping up to mass(ive) production would be at odds with the artisanal, farm distillery approach that Mr. Wills sees as accounting for the quality of the spirit they produce. 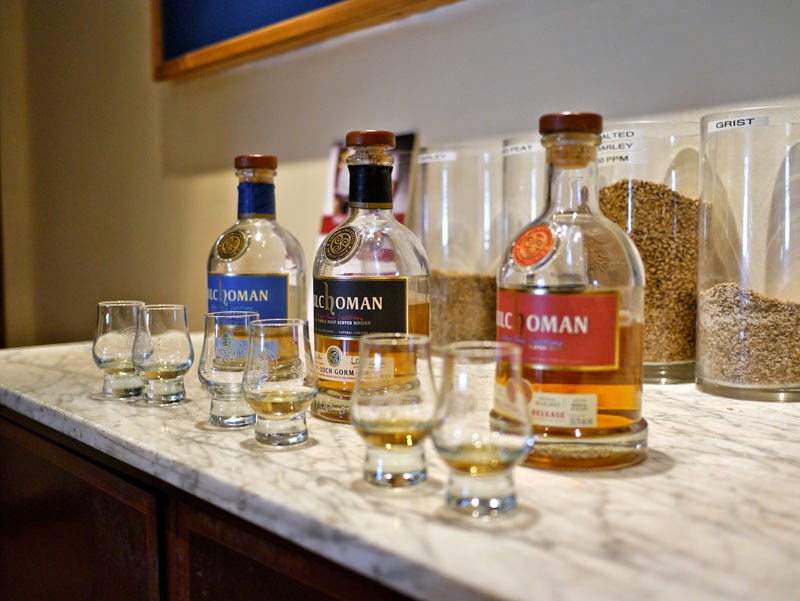 At the end, Mr. Wills let us taste a few whiskies, including the Small Batch Release Sherry Finish and the latest Loch Gorm release. I have to say that the Sherry Finish was a revelation: it showed the Kilchoman spirit in a different light than the Loch Gorm (which we had already had the pleasure of reviewing). It’s always interesting to me to see how a peated spirit reacts under the influence of Sherry as opposed to the influence of an ex-Bourbon cask, and Kilchoman spirit fares very well in each. But I think the difference between the two in terms of flavor profile may be as wide as any I have tried, and I love that about this spirit. As Kilchoman’s stocks age further, I have no doubt that the underlying spirit will continue to develop and do some great things with the time and the wood with which it interacts. Islay’s youngest distillery has already proven itself a precocious one; I’m excited to see how it matures from here.