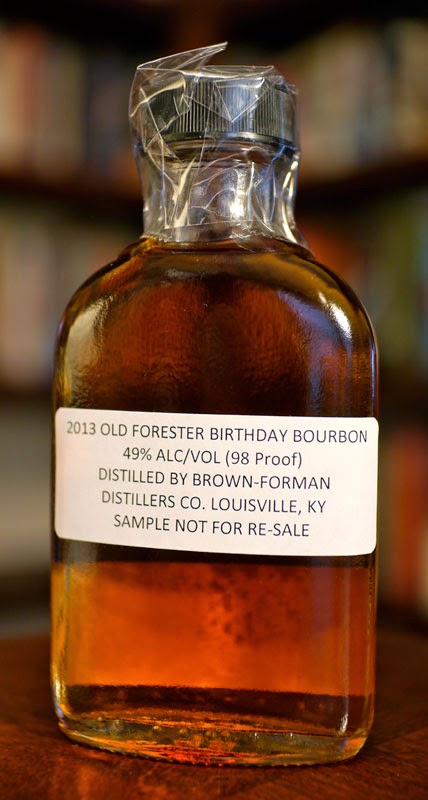 Tasting notes:
I’m making over $7k a month working part time. I kept hearing other people tell me how much money they can make online so I decided to look into it.  Well, it was all true and has totally changed my life.  This is what I drink: the Old Forester Birthday Bourbon.  It’s got a nose of pencil erasers worked vigorously to smooth the cut ends of PVC pipe.  Vicks® cough drop mixed with Ricola®, a forbidden love story that reawakens interest in Shakespeare’s great play (“Roooo-me-oooooo!”).  Airplane model glue used by a model on an airplane.  The mouth recalls nothing if not decorative corn kernels hoping to meet some beer nuts at the bar.  Molasses candy dusted by cane sugar.  The silk necktie from the Ukranian Prime Minister whose name, represented in numbers and summed, is actually a prime number.  Candles made out of soy in a kibbutz (“Soy vay!”)  The finish is the better angels of our nature emerging triumphant after a long askesis in a monastery.  If it was a little fast on the mouth, with butter-fatty goodness pricked with monastic hardship, the finish removes the sting and other flavors recede until…  Well, it’s really more of a tactile finish, now that I think of it.  Titillating the tongue, thrilling my tonsils, elevating my esophagus.  (I must add that even my Calvinist uvula ululated briefly.)  Light syrup, like agave nectar heated in a tin pan by a boy holding a magnifying glass in the sun.  Mice running through a maze of 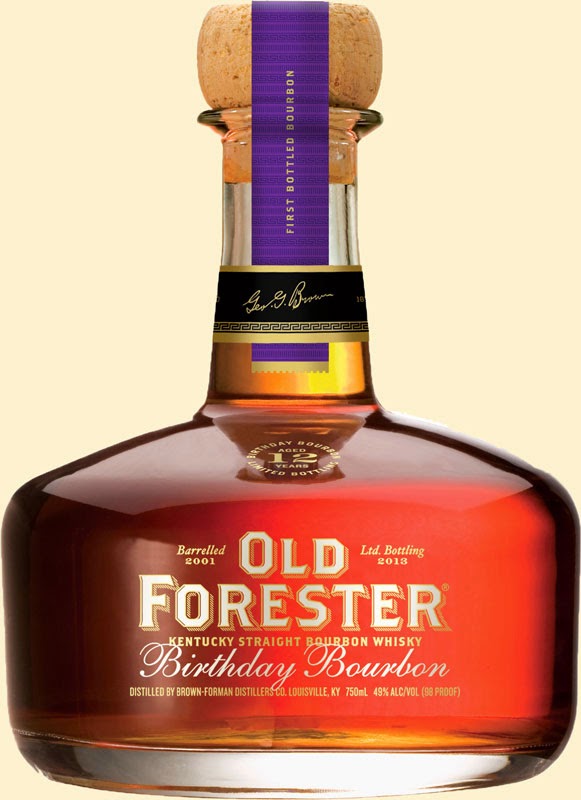 Armangac-soaked cotton balls and ace bandages discarded at the Australian open (mixed doubles matches only).  Stretching out on a La-Z-Boy chair, the game on, and—what’s this?—the arm opens up to reveal your favorite beer chilled to perfection.  That’s the feeling of this whiskey.

–On the scale of remarkable facts about the birthday song–
The Old Forrester Birthday Bourbon is the fact that it generates over $2 million in licensing fees annually, though a recent lawsuit challenged whether the song is still under copyright.  In any case, the owner of the copyright says it is set to expire in the US in 2030 and the European Union in 2016.


–Our thanks to Andrea Duvall, Liz Bingham, and Brown-Forman for the sample!