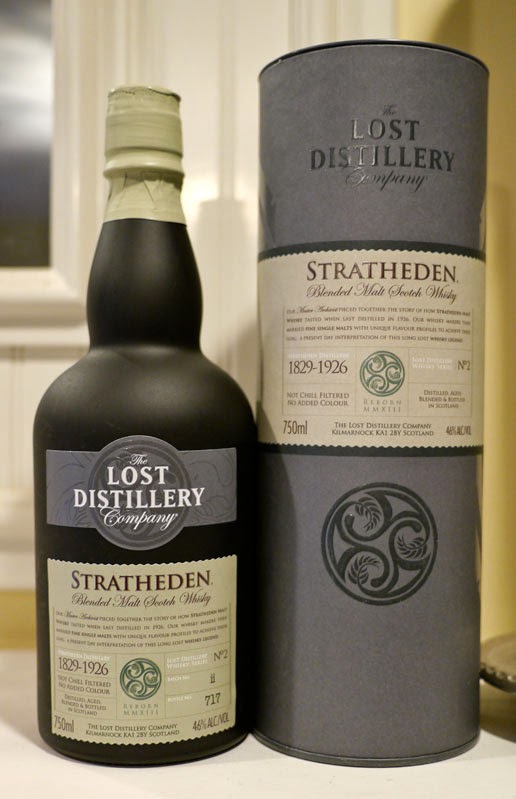 Tasting notes:
The nose on the Stratheden is light at first but decidedly tangy, but then come the notes of communion candles, amaretto-drenched marzipan, and panna cotta developed as a “soft shell” for potato guns (to be directed at “soft targets”).  Lemon fettucini lying languidly uncooked alongside a cheesecloth on a cold marble counter. Or maybe it’s carbonara, with a very small carbon footprint.  Lady fingers cookies kept in an underwear drawer; bobbing for candied pineapples in a porcelain sink you’d just scrubbed out (my dominatrix has weird predilections).
The mouth presents with banana mango compote made into a frozen mixed drink procured at a drive-through daiquiri stand in L.A.*. There are also notes of rosewood burning like those impossible-to-blow-out birthday candles (by the way: thanks, Mom). It’s fiery and assertive; it will not be denied, nor will it be talked down to or allowed itself to be dominated (it’s missing out). Butterscotch brulée served in a pinewood bowl oozing resin, despite the fact that it’s been slightly charred on the underside.  It’s like very creamy, opaque hard candy: Foucault’s Panopticon Candy, Discipline and Punishscotch. We could imagine getting to the bottom of the barrel of this stuff and finding there’s a prize down there, like in cereal.  The prize in this case is honeyed chestnuts that have been blanched in rosewater.
The finish rolls lazily around on my tongue like a toddler riding his big wheel in circles on the kitchen floor when he just doesn’t…want…to…go…to…bed.  There’s a tangy aftertaste of fruit and fruit rinds hanging around in there, too.  The length of the finish is medium long to long long, depending on how much you put in your mouth at once.  It seems to be the more the longer…and the better.  Hmmm…just got a great idea for an experiment…

–On the scale of great experiments–
The Lost Distillery Stratheden Blended Malt Scotch Whisky is Hales’ experiments that led to the discovery of the circulation of sap in plants–We’d probably still have maple syrup if he hadn’t conducted those experiments, but we almost certainly wouldn’t gather it nearly as well.  Mmmm….maple syrup…

–Our thanks to Jeffrey Karlovitch and The Lost Distillery for the sample!