Tasting Notes, in the Form of a Platonic Dialogue between Two Masters (of Woodford Reserve Collections):

Classic: You would say, wouldn’t you, old friend Straight, that a nose, besides holding glasses, should evoke corn, coolant from a 1977 Pinto Wagon  and a farrago of rye, barley, aloe vera, ferns plucked from the inland Amazon basin, and old white dog.

Straight: Your visions always inspire me, but sometimes confuse me: “White dog” the new make moonshine, or a Samoyed, a Hungarian Kuvasz, or a Borzoi?

Classic: Both, Straight, both. Expand yourself! Add in the dry erase markers that 4th grade boys huff when writing their name 100 times on the whiteboard, a dash of particle board shavings, et voilà! One has, dare I say, a classic nose.

Straight: For the form of a nose, beyond the herbs ripe, rife, and abundant enough to be immobilized in Bellagio’s Conservatory and Botanical Gardens in Las Vegas, one needs a Sweet-n-Low-flavored off-brand toothpaste from the Vermont Country Store, mashed by mortar-and-pestle with fresh cherry blossoms.

Classic: Dear friend, is this a whiskey, or a recipe for artificial pheromones to seduce aardvarks? 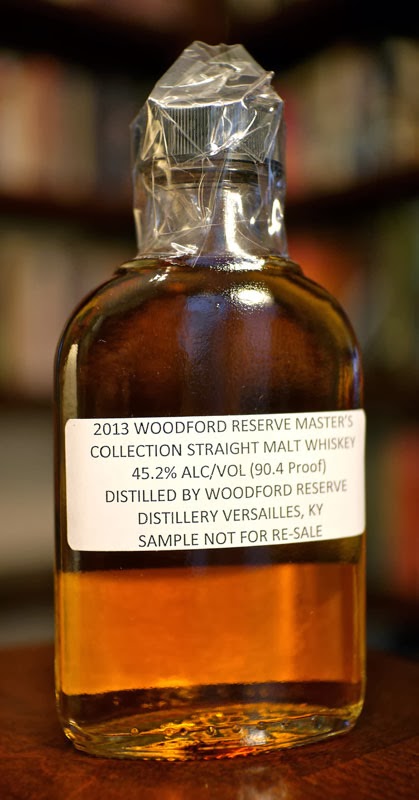 Straight: Now, now, let’s not go there, but rather to the mouth. I think fading fire, leaving behind embers to emblazon a brand on the tongue; a smooth transition from the nose, yielding a note that goes on and on like a train whistle first piercing the prairie night, and then still lingering over the hills until only the echo in the mind remains, a Tibetan Temple Bell resonating in the rough-hewn cabin of a family of mountaineers.

Classic: A case can be made for that, but for a classic taste, perhaps instead a lilting sweetness that one might find from being aged in casks made from honeysuckle in a cave in which people come to smoke mentholated cigarettes, leaving behind traces of tar and surprise at whom you went home with from the bar at closing time.

Straight: Millet, maybe with hints of millet, but to be more specific, Jean-François Millet’s “L’Angelus,” hanging in the Musée d’Orsay.

Classic: Paris? No. A savannah, with baskets of ripe peaches being transported by a mahout riding an elephant to the finish line at the Kenya Derby. Smooth, tannic—Satanic, even—staying mid-tongue.

Straight: Dissent again, for you’ve overlooked waxen ficus leaves; indeed a waxed ficus in the office of a receptionist at a corn syrup refinery.

Classic: I believe that again, we must agree to disagree.

–On the scale of Platonic Dialogues that are almost encapsulated in Buddy Holly song titles–
The 2013 Woodford Master’s Collection Classic Malt and Straight Whiskey Malt are The Phaedra and Not Fade Away–My love for you will not Phaedra Way. Drums, drums, drums. 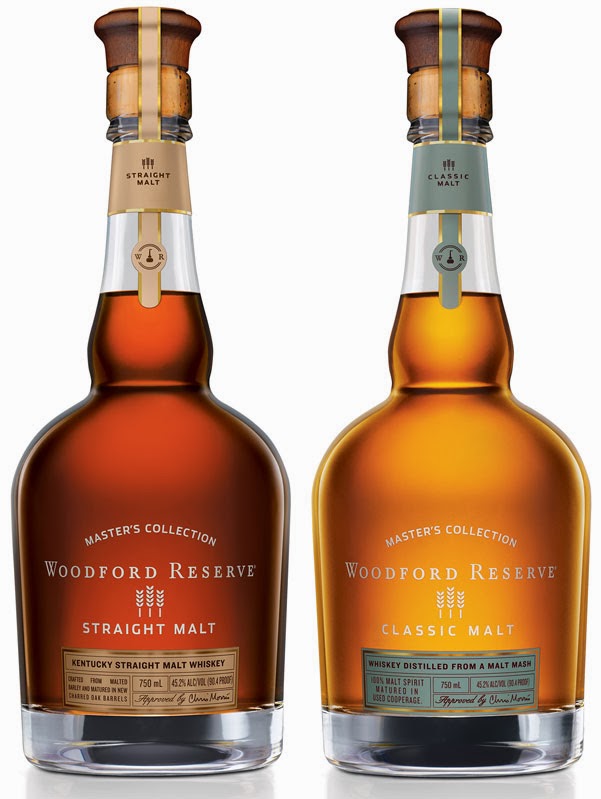 –Our thanks to Liz Bingham, Andrea Duvall, and Brown-Forman for the samples!