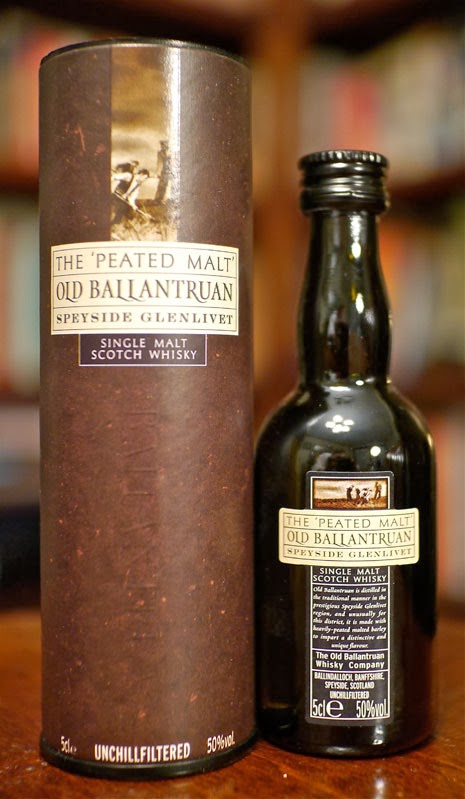 Tasting notes:
The nose presents with peat, but not the peat you’re used to. These are not the peat aromas you were looking for. Rather, it’s the smell of peat burned in an oxygen-free vacuum. And perhaps next to that is a zero-gravity chamber with a brand new basketball, a brand new pair of flip-flops (hot off the presses!), and a liquified white tea and lemon throat lozenge all floating serenely right under your nose. But, of course, that doesn’t do the nose here justice. But it does raise the question: If one were to burn peat in space, would the flames go up? And this obvious follow-up: Is there an up in space? But to get back to the nose, it’s somewhere between the following two extremes: high and refined and regally sweet (you know, in all the most sophisticated kinda ways), as if the peat has been chastened and made to submit to the king after years of banditry (only to find it makes a helluva butler); and a slick blend of menthol and peppermint coating corncobs stuffed into the exhaust pipes of biofuel cars as a prank.
Moving to the mouth from the nose is such a change, is so jarring, it reminds me of my brother shifting gears when he was learning to drive (“If you can’t find ’em, grind ’em!”). The mouth offers spectacular peat, alongside barley that’s been malted with mushrooms and Grade A peyote, resting next to flannel pajamas set down on the hearth. There are also hints of kava from Papua New Guinea, and papas without a guinea for cava, and…a guinea pig named Papa Java. But, of course, it’s not as tortured as that last bit was.
The finish comes on with a medicinal quality–burnt medicine, maybe from a cauldron in which the fond had been left over the fire until it turned into creosote. The peat lingers on the finish, and it’s bright and green and angry and tangy–all at the same time. Wild. It’s easy to imagine that particular Speyside peat as a bandit terrorizing every beinn and glen–and on the finish it’s harder to imagine it being any kind of butler at all.

–On the scale of male domestic workers in royal houses–
The Old Ballantruan is the chauffeur–Less than versatile and wholly singular, he wouldn’t do double duty as a footman if you asked him nicely. He might run off with your daughter, though…