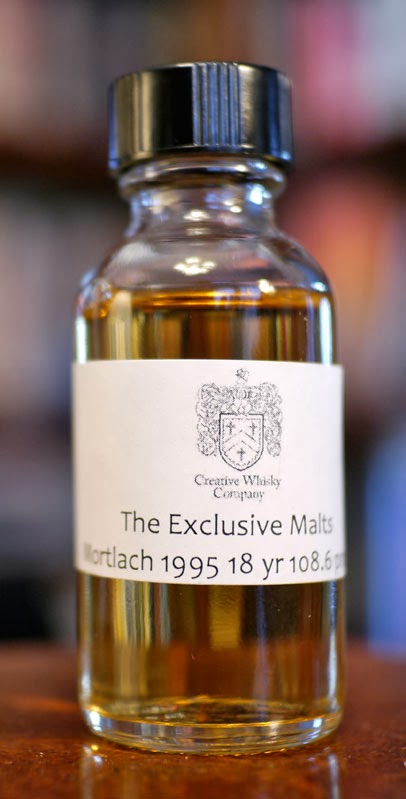 Tasting notes:
Dancing in the Czars winter palace cleaned with lemon juice that morning.  I’m dressed like Stevie Nicks, except with cheesecloth robes.  Now I’m using these robes to juice oranges, filling a priceless Attic red-figure calyx-krater.  I’m nervous about toppling it, but wow, what a delightful citrusy thing I’ve mixed together.  Over here there’s orange zest suspended in lemon juice transformed by a laser into a plasma.  Nasturtium stems woven into a raft, a tiny mouse beginning to set sail on it but, thinking twice, turning back to load more acorns and soft bedding.  Hibiscus tea made into a perfume and dabbed behind the ears of a woodchuck, who then dashes back under the patio.  Fresh white asparagus, blanched, on a salad Niçoise served in Sevilla.  Ash baseball bats hand turned by Santa’s elves.
Mouth is spectacular.  Melts like a bite of angel’s food cake that was made by real angels who served it to Olympian heroes in a special afterlife reality show that follows surprised Biblical figures as they confront deities from other world religions.  Going over Niagara Falls in a barrel, but the barrel was made by Faberge: gold lined, with rare ivory inlays, asteroid dust, silk obtained unwisely from Yak scrotums, and all of it polished with flea eyelashes and mite whiskers.
The finish is exuberant.   Delightfully stimulating.  A wonderful behaviorist mouse maze with Nirvana at the end of it.  Unicorns, rainbows, farts that neither smell nor are audible, but still delightful.  Burping out of my omphalos.  An A+ on a test you thought you tanked, in a course you only learned you enrolled in the night before the final.  Looking under the Christmas tree after all the presents are opened and finding an envelope with helicopter keys in it.
If I were a memoirist, I would have to begin the second volume of my life at this point.  So transformed am I that I cannot recognize myself in the stories I’ve always told about myself.  It’s like I’m singing a country song in which everything has gone right: my truck not only works, its engine has been replaced with an incredibly powerful yet Kyoto-approved motor whose byproduct fresh water and shiny silver ingots; my wife left me, but only long enough to buy a six pack of my favorite beer and the winning Mega Millions lottery ticket; and my dog, no longer injured or lost, leads me with a series of intelligible barks to a diamond mine.

–On the scale of stories about seafaring mice–
The Mortlach 18 Year 1995 from The Exclusive Malts is Amos and Boris–This tale by William Stieg tells of a powerful, unlikely friendship between a whale and a mouse.  But before they meet, the plucky mouse lays on the deck of his ship under a canopy of stars and acknowledges both that he is “a little speck of a living thing in the vast living universe” and that he feels “thoroughly akin to it all.”  Great whisky can produce this feeling as well.