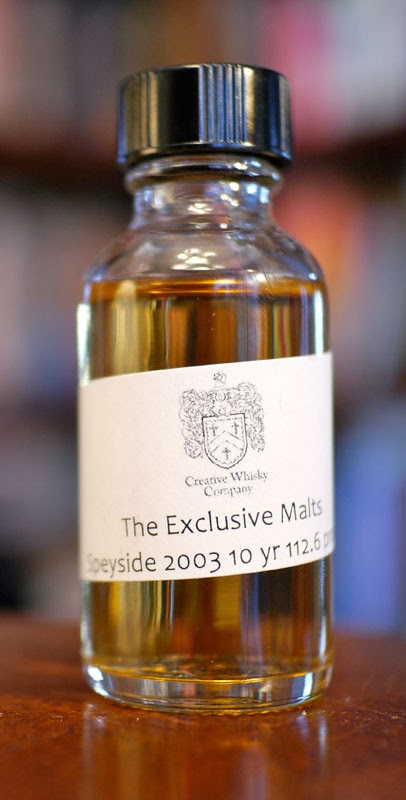 Tasting notes:
The nose is soft and lush, with notes of pear and pineapple and barbecued chicken grilled in a corn husk.  At a cookout before WWI at Downton Abbey.  With a side of North Carolina style barbecue sauce made with champagne vinegar.  It was a lovely affair, if only Carson hadn’t ruined it by going and having a heart attack.  What was he thinking?
The mouth is tangy, along with other notes I’m still trying to identify.  Tart melon on the half rind, studded with licorice spikes to make it look like a giant sea urchin.  And sea urchin liquor–the liquid from inside of them, not a spirit micro-targeted at the untapped echinoderm market. The mouth is also creamy and almost entirely singular, though I think I tasted one of the notes present in it when I ate a kidney and flax pie made by an artisan/whole food street vendor in Drumguish.  If I were in a mood, I might say the mouth was weird, but it’s better than that.  Plus, I’m not in a mood.  Now piss off.
The finish sneaks in through a back window as the mouth just gets going, and it sets the whole house on fire.  It’s as lively and as long a finish as I can remember having in recent years.  I think that running a rasp over my tongue a few times would leave a less lasting impression.  My goodness.  Crazy fiery, but neither alcohol hot nor spicy hot.  Just wildly and fully present and active, as I would imagine Robin Williams would be at a dinner party.  As with Robin, a little of this whisky goes a long way, only that unlike with Robin, with this whisky that’s a good thing.  Though my tongue now feels like I do 55 minutes into an hour long spin class.  Wow!  What a workout!