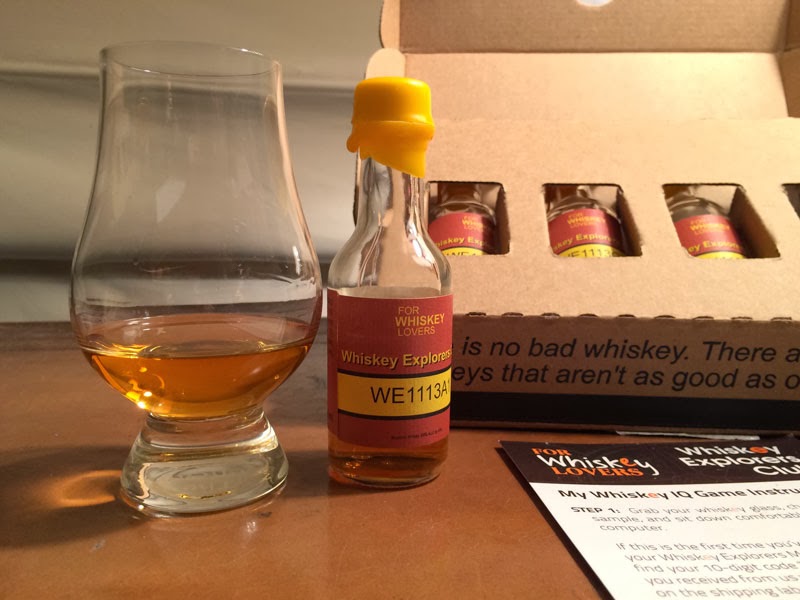 We’ve been enjoying the Whisky Explorers Club for a long time.  In fact, we’ve been fortunate to participate since early 2010.  One of the things we have noted is how forwhiskeylovers.com guru Doug Stone keeps improving the experience by introducing changes, some more significant than others, with almost each offering.  I’m inclined to think that the experience is as fully matured and—dare say I?—profound as it can possibly be.
This may have something to do with the fact that Malty’s Sorting Ascot* chose me to enjoy the four, unidentified whiskies and complete the online questionnaire by myself.  In the past we’ve tried the experience as a threesome.  This didn’t provide enough latitude for us to enjoy the whiskies in the way that we normally do (i.e., Stephen’s special Glencairn Neti Pot, Bill’s preference for “mindfulness” dramming without pants, my recourse to bibliomancy when determining whether the whisky is aged in a hogshead or butt).  As a result, we occasionally felt that the online component of the experience was an intrusion, like an annoying person talking about anticipated tax code changes at a Kentucky Derby party, albeit an admittedly strange one. 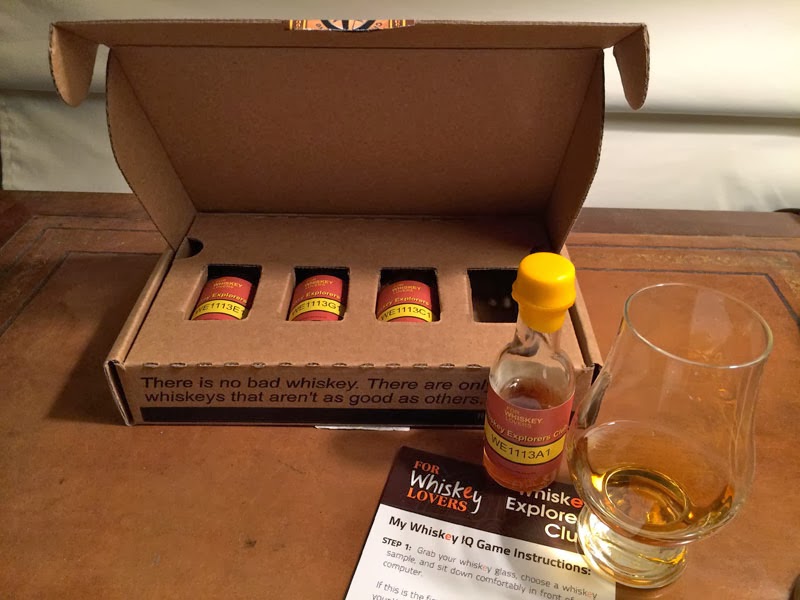 Doing it alone, however, changes the experience considerably and for the better.  Here the online questions are an invitation rather than an obstruction.  One is invited first to reflect on the color, then on the nose, and so on.  At each stage you are presented with a variety of descriptors, and you must select those that best match your experience of the whisky.  I was forced to slow down, to be deliberate, and to carefully reflect on the sensations I was experiencing.  At the same time, I had to read the provided descriptors to see which worked and which did not.  Though my home was perfectly quiet, I was no longer alone.  I had the feeling in fact of being part of something, of being a member of a club.
Make no mistake, I wanted to earn the most points I could by selecting the right descriptions and avoiding as many wrong ones as I could.  And I also enjoyed the part of the questionnaire where you guess the price range of the whisky and try to select which whisky it is out of five choices.  The revelation at the end of what whisky it is includes a long description of it along with tasting notes prepared by an expert.  Very cool stuff.  I won’t reveal the whiskies I tried here, but I will say this: one was a blended whisky that I would not have given a second glance in a liquor store or hotel mini fridge (okay, wait, that’s not true; I would have been all over it in the hotel mini fridge).  But here was a whisky that I really liked and never would have known it otherwise.  This again made it feel as though drinking a flight of Whisk(e)y Explorers Club whiskies was more like a great bartender offering recommendations of whiskies you might not have tried, or might not have fully appreciated before.  Also, it was a welcome respite from Bill’s pants free dramming, and Stephen’s occasional shrieks of “I’m drowning!” when he pours his palette-cleansing Neti Pot incorrectly.

*–Malty is our mascot who is also a ferret.  However, in most circles, he is known as The Mascot with an Ascot.