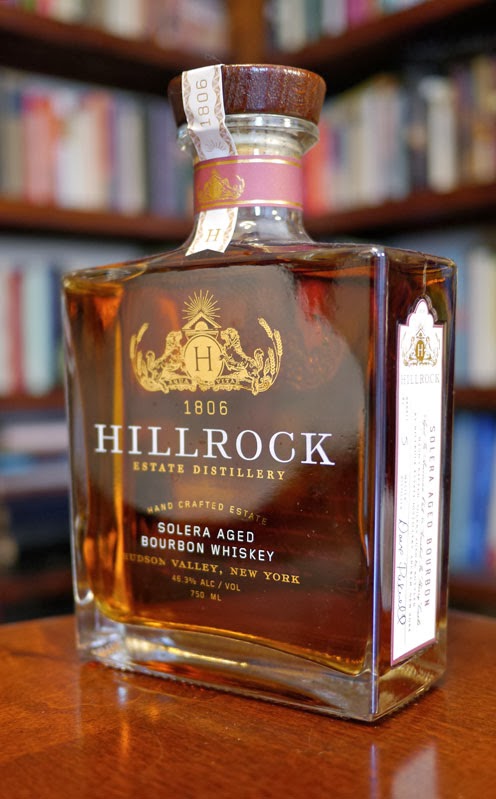 Tasting notes:
This is a manly bourbon for manly men.  AXE® body spray for lumberjacks.  Who are holding axes.  And named Jack.  Imagine Bourbon alchemically shifted to spearmint Altoids™ then to cinnamon drops, by mere dint of will.  Mahogany Cabinet of Curiosities where the curiosities have been replaced by really manly beer can collection, talcum powder in an ice cube tray, waxed indian cotton, and women’s perfume.  But still really manly.  The mouth is really nice.  We’re getting the same spearmint Altoids™ and condensed oranges, which is to say, oranges in a trash compactor inside a centrifuge and then dropped into the Mariana trench.  Blade meat sandwiches cut with a bayonet where the bread is 300-grit sandpaper still warm from smoothing duck decoys and the onions are sliced from a used serpentine belt that went more than 90,000 miles before breaking.  The finish is a really manly Brian Boitano triple axel.  He was skating with titanium blades on marble floor inside the Vatican and got through most of the routine before being detected.  The finish hangs around longer than a sixth-grade boy at his eighth-grade sister’s sleepover.

–On the scale of unusual uses for sandpaper—
The Hillrock Estate Solera Aged Bourbon Whiskey is deterring slugs–That’s right, you can place sanding disks under your pots to keep the slimy critters from climbing up to eat your houseplants.  This is far cooler than using sandpaper to roughen slippery leather shoes, and much more novel than using them to sharpen your scissors.